I’d better start with the basics: I’m a politician. 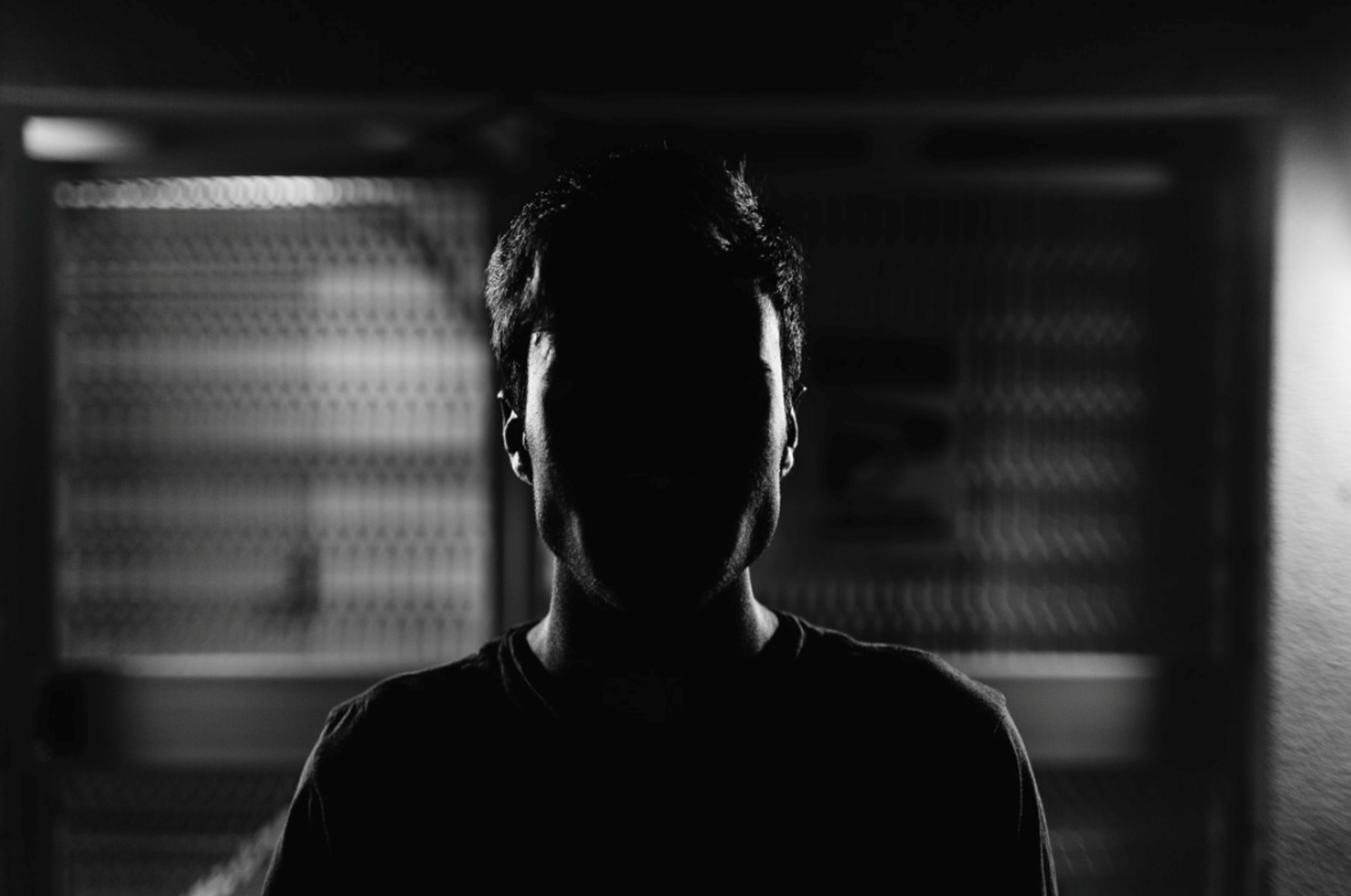 Income inequality in the US celebrated its 50th birthday last year. Having declined steadily after World War II, 1968 began a 50-year winning streak.

Few are cheering, though, because concentrations of wealth are dangerous. People controlling huge amounts of money can use their buying power to push us all around. Hence billionaires like Mark Zuckerberg, Bill Gates, and Warren Buffett are much in the news on the receiving end of public opprobrium.

I’m happy about that. It keeps the pitchforks pointed away from me and my even greater piles of dough. Mark and Bill are comfortable, to be sure, but the really rich are in another league. There are about 500 of us with spending power to make Zuckerberg’s eyes bulge. He may have $56 billion, but it’s mostly on paper in Facebook stock, and it took him decades to acquire. His entire net worth is merely pocket money to people like me: we spend that much every two weeks.

I don’t normally talk about the vast sums at my disposal. I’m more often leading the mob denouncing the rich. But I wanted to get it off my chest, and I feel I can confide in you not to spread it around.

How I Put Food on the Table

I’d better start with the basics: I’m a politician. My job is to oversee public services like roads and police.

You may think mine a mostly passive job—the humble public servant faithfully channeling the Will of the People and doing his best to effect it in a difficult political environment.

But the truth is I’m an entrepreneur just like Zuckerberg. To advance my career I must find a problem people worry about—or can be persuaded to worry about—and then convince them I’m a better bet to solve it than the other candidate. I scour Twitter for the outrage of the week. I look for industry missteps I can claim to solve by hiring regulators.

Anything is fair game: the public hazard of unlicensed florists. Reckless dispensation of plastic straws. The pet rescuer menace.

Like other entrepreneurs, there are no limits on where I can look for problems to “productize”; I don’t have to stick to just the roads and the police. In fact, if I did I’d be out of a job quickly because my field is brutally competitive. Anything is fair game: the public hazard of unlicensed florists. Reckless dispensation of plastic straws. The pet rescuer menace. The low hanging fruit is long picked; to keep putting food on my table, I have to get imaginative.

I make it sound like a burden, but finding causes to champion is the easy part of my job, and thundering about them in the news is great fun. “Six million seniors are being deprived of meals!” I’ll scream. “Democrats want to give undocumented immigrants cars!” All the attention and theatrics of being a professional wrestler, without the bruises.

So What Keeps Me up at Night?

If your first guess is finding real solutions to the problems I campaign on, God bless you, you’re my kind of voter. But you’re way off. Big problems like poverty or terrorism have no solutions, certainly none that I can legislate into being. And unlicensed florists were all along less of a threat than you might think. Either way, I don’t need to deliver solutions.

If by next election I’ve enacted some nice-sounding programs and the problem is worse than ever, I’ll be in great shape to be reelected and get a larger budget.

In fact, running out of poverty would be terrible news for me, just like running out of cavities would be for Colgate. If by next election I’ve enacted some nice-sounding programs and the problem is worse than ever, I’ll be in great shape to be reelected and get a larger budget.

Now, I know that sounds cynical, but I’m just explaining the economics of my job. When I realized that’s how it worked, I thought it was bad, too.

But I discovered my constituents don’t want these problems solved, either. Try telling an activist friend that a public problem they care about has been solved. Explain to a third-wave feminist that the wage gap is just bad statistics. Or to someone terrified of climate change that it’s not as bad as they’ve heard. Or to a war hawk that the Taliban surrendered in Afghanistan long ago.

You might expect them to be cautiously pleased that their goal has been accomplished and to eagerly ask to hear more. But more likely, they’ll get angry and shut you down lest you undermine their Great Cause. I’m giving my customer what he truly wants: a purpose in life and an ally by his side.

My real worry is money, because even if my nice-sounding programs are mere theater, theater still takes money to perform, and that’s where my job gets most competitive. While everyone wants solutions—at least nominal ones—everyone hates paying taxes to fund them. If I don’t find a way to make my programs at least look free, the candidate on the next stump will.

I admit I’m rather proud of my many ways of picking your pocket and framing someone else for the deed. I deliberately mislabel taxes “contributions” as if they were your generous impulse. I make your employer and the corner gas station owner collect the taxes from you so they look like the villains.

I demonize your neighbor as “the rich,” hint darkly that his savings are ill-gotten—a dangerous concentration of money that threatens your family. I accuse him of not paying his “fair share” and encourage you to vote to raise his taxes. Meanwhile, I stoke him to do the same to you. Once I’ve set you against each other, I stand back and cluck. Tsk, looks like class warfare between you two! Such a shame, here in the Land of the Free. Maybe you need another program to help with that.

I use an ingenious device called a bond measure, through which I get you to sell your kids into...well...bondage to pay for your potholes or your train set. I’ll beseech you to think of the children while secretly counting on you not thinking too hard.

They’ll convince you, for example, that printing trillions of new dollars is a vital public service. That is, when we do it—it’s still a serious crime for you.

To keep you thinking correctly, I’ve cultivated a modern-day clergy with PhDs in economics to develop a theology of money—inscrutable justifications for my techniques. They’ll convince you, for example, that printing trillions of new dollars is a vital public service. That is, when we do it—it’s still a serious crime for you.

After enough of their holy water, inflation—once a sinner—is reborn a saint. You might like the deals the Walmarts and Costcos of the world struggle to offer you, but falling prices for all anger the Goddess of the Economy. If things were allowed to get cheaper over time, consumers would stop buying and succumb to the vice of saving. Workers would lose their jobs, and a plague of unemployment would descend upon the land. What you really need is for everything to get 2 percent more expensive every year. Thank goodness I arrived to see you get it.

My priests preach fiery sermons in praise of my deficit spending. I must spend way beyond what I take in taxes, they insist, because my offerings will please the Goddess. There’s a multiplicative effect of spending your money, but only when I do it. My borrowing is the private sector’s savings—how could you ever save money if I didn’t do you the favor of borrowing it? My borrowing buys infrastructure we couldn’t otherwise afford; in other words, it somehow time warps physical output capacity from the future into the here and now. If flaws in these claims aren’t immediately obvious, my economists have done a fine job.

Those are just a few of the many techniques I use to seduce your wallet and concentrate your wealth in my hands. But can you even compare my hands to Charles Koch’s? Is “public” money controlled by an elected servant of the People anywhere near as dangerous?

I’d say it depends on your point of view. While I’ve convinced most of you muggles that my programs make you better off, families of the tens of thousands of Middle Easterners I’ve killed recently might say otherwise. The millions of Americans locked up for victimless crimes probably have their own opinions, too.

We have as tight a partnership, they and I, as a heroin dealer has with his customers. I can count on their loyalty to vote for me and turn out in the streets to protest my rivals.

But look how many people I’ve helped. Millions began one day to depend on me for a paycheck, a social security check, food stamps, or housing and now find that they can’t stop. We have as tight a partnership, they and I, as a heroin dealer has with his customers. I can count on their loyalty to vote for me and turn out in the streets to protest my rivals.

I may have promised them more than I can deliver. I told 160 million workers and their families I’ll support them in retirement. I promised universal healthcare to 275 million Americans when they’re older and sicker. I confess: I lied. Taxpayers will need to fork over $999,000 each to make good on those promises. Spoiler alert: they don’t have the money.

Concealing the debt is getting harder and harder. I’ve got you all in hock for 22 trillion dollars, more than anyone in history has ever owed, and it’s starting to show. I hide a bill for $66,000 in the crib of every newborn in America—call it a birthday present. It’s a shame she doesn’t have a job yet, because by the time she’s old enough to start paying it off, it will be much larger. Debts of this magnitude can never be paid.

When past promises caught up with me, I told you more lies. School budgets, I said, were savagely slashed. Victory in the war on terror is just around the corner. Greed crashed the economy. The military is underfunded. Wicked corporate lobbyists made me pass that law. You’re jobless after 15 years of public education because of racism. I had to bail those companies out because they’re too big to fail. The problem is we just didn’t spend enough.

And then I campaigned for another program that didn’t work and you can’t pay for. Vote for me, I said, and I’ll give you free college tuition. Medicare for all. I’ll make sure China and Russia respect America’s interests in their own backyards. I’ll save species. I’ll restore our jobs.

God help me, I just couldn’t stop. I couldn’t resist writing another bad check, making another promise I had no earthly prospect of fulfilling.

There, my friend, is my confession. And having come clean with you, I’m starting anew. I’m finally going to drain the swamp and spend your money responsibly and sustainably—on real solutions to real problems.

Among the reforms I’ll make...hey, isn’t that Greedy Billionaire Jeff Bezos? His $138 billion is a dangerous concentration of wealth that’s destroying this country!

That’s why I’m announcing my new $7.25 trillion program to protect you from people like him.