Sorry Crony Cabs, You Have To Compete Just Like Everyone Else

The state of Georgia just took a huge stand against crony capitalism. 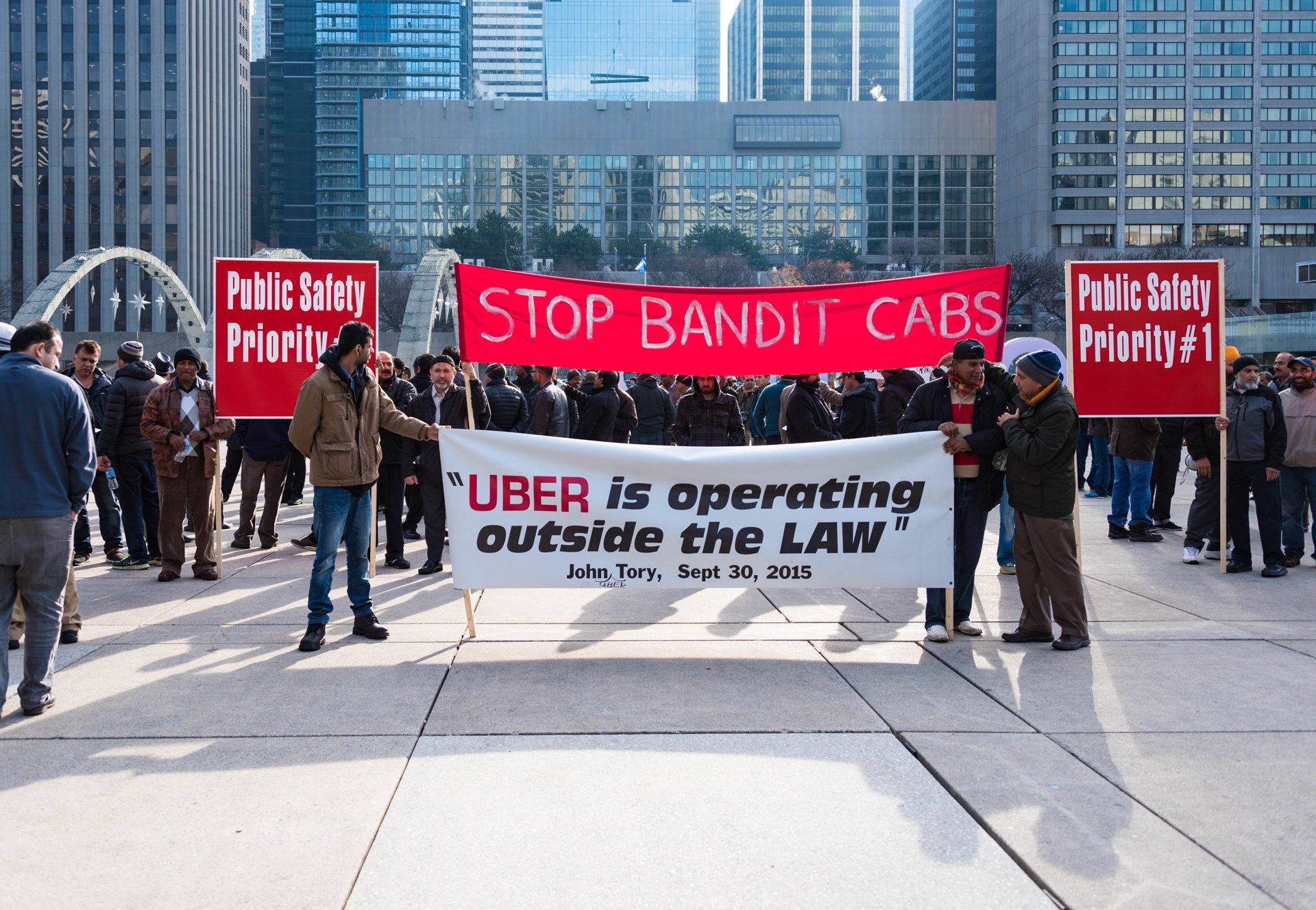 The state of Georgia just took a powerful stance against crony capitalism by refusing to use government funds to bailout cab companies and upholding the ridesharing industry’s right to exist.

Ever since ridesharing became the preferred means of travel for passengers looking to hail a ride quickly, the taxi industry has been looking for ways to outbeat these companies without having to actually work to get ahead of the competition.

A new law in Massachusetts forces ridesharing companies to fund their competition.

Like other private business entities that consider themselves immune to competing in an open and free market — the hotel industry is another example — cab companies have looked to local governments to protect them from the growing threat of apps like Uber and Lyft.

Though the traditional taxi industry has enjoyed several legislative victories when it comes to crushing their competition, consumer demand for ridesharing has proven itself to be too powerful a force for the cab cronies to ignore, no matter how much they may spend on lobbyists.

The End of an 80-Year Cartel

At the end of 2016, the Massachusetts legislature passed regulations on behalf of these cronies of transportation, who lobbied relentlessly in favor of legislation that would levy additional taxes on the ridesharing sector.

As if taxation were not bad enough on its own, the law dictates that the tax collected from Uber and Lyft be put directly towards to helping cab companies innovate and compete with the ridesharing sector. Essentially, this new law forces ridesharing companies to directly fund their competition.

There is no clearer demonstration of crony capitalism than using the long arm of the state to protect a business from the organic forces of the unbridled market, and cab companies have been enjoying an unchallenged monopoly on the taxi market for over 80 years.

The state’s ability to control the industry has been jeopardized by ridesharing.While the cab industry may have been victorious in squashing the competition in Massachusetts, the Georgia Supreme Court was not so easily-influenced.

Is this a Joke?

In a unanimous decision, the state Supreme Court ruled in favor of ridesharing by recognizing and upholding a state law that allows these companies to exist within Georgia. The case at hand focused on Atlanta’s outdated and overpriced medallion laws.

Like other major U.S. cities, Atlanta taxis are subjected to outdated “medallion” laws that stifle competition. Like other forms of government licensing, these medallions serve as a form of “certificate of public necessity and convenience,” which is legally required before one can legally operate a taxi in the city.

Meant to control a number of taxis roaming around the city by limiting the number of cabs in circulation to 1,600, these medallions once cost upwards of $80,000. A steep price to pay, but when compared to New York City’s medallion costs, Atlanta taxi drivers were actually getting a deal.

For cab drivers in New York City, these government-issued medallions once went for a million dollars a piece. And these fees must be paid before any profit has been made on the part of the cab driver. This means that someone hoping to make a living in this industry must first be able to pay this outrageous fee in order to do so.

Luckily for the state, the appeal of cab driving, especially for those new to this country, is the ability to earn money quickly for a skill that many individuals already possess: operating a motor vehicle. This has allowed the state to get away with the robbery of charging citizens for the “privilege” to earn a living.

But the state’s ability to control the taxi industry has been jeopardized by the popularity of ridesharing. Thanks to the success of companies like Uber, major cities were no longer able to get away with charging these abominable fees in exchange for the government-issued medallions. Now, those wanting to earn a living in the transportation industry have an easier access point through Uber, Lyft, or one of the many other ridesharing apps in existence today.

This has caused medallion fees to decrease in major cities around the country, as those unable to pay bypass the government barriers by joining the ridesharing sector instead.

Since Atlanta has embraced ridesharing, medallion costs have sunk.

In 2015, the Georgia legislature made initial strides towards protecting ridesharing when it passed HB 225 which prevented any future medallion laws to be passed. While this was a step in the right direction, it did nothing to amend existing medallion laws, which proved to be problematic as the traditional cab industry continued to amp up its war against the ridesharing sector.

As Georgia has taken steps to make the state more friendly towards ridesharing over the years, consumer demand has soared. Within the first few months of the state allowing rideshare drivers to pick up passengers from Atlanta’s congested Hartsfield-Jackson International Airport, Uber and Lyft received twice as much business as traditional taxis, completing more than 250,000 rides in a short duration of time.

This, of course, did not bode well for cab companies who have been unwilling to innovate their services in order to compete with modern ridesharing apps. In fact, since Atlanta has embraced ridesharing with open arms, medallion costs have sunk below $10,000.

While the shrinking costs of government regulation should be celebrated, for those who entered the taxi market before the medallion prices fell, there is a bitter attitude towards the changing regulation. In fact, the bitterness turned to anger when Atlanta cabbies demanded that the state compensate those who overpaid for medallions before Uber and Lyft impacted the costs.

Filing a class action lawsuit, the attorneys representing the cab drivers involved in the case asserted that by loosening the restrictions on the ridesharing sector, the cab drivers have lost property at the hands of the government. This argument claimed to blame the government for the cab industry’s loss of profits in the wake of the ridesharing boom.

Since state-sanctioned medallion laws are largely to blame for this anger on the part of the cab drivers, the only substantial solution to the problem would be to support an abolition of government licensing altogether. However, the medallion laws are heavily championed by the giants of the cab industry who have no problem utilizing the government for their own ends.

While the continued existence of medallion laws is still problematic, the Supreme Court in Georgia has at least recognized that consumer demand cannot be thwarted by the state. The decision to uphold the ridesharing industry’s presence in the state demonstrates the significant role ridesharing has played in the advocacy for a truly free market.