Rose Wilder Lane is an often-overlooked figure who lies at the heart of modern American politics. 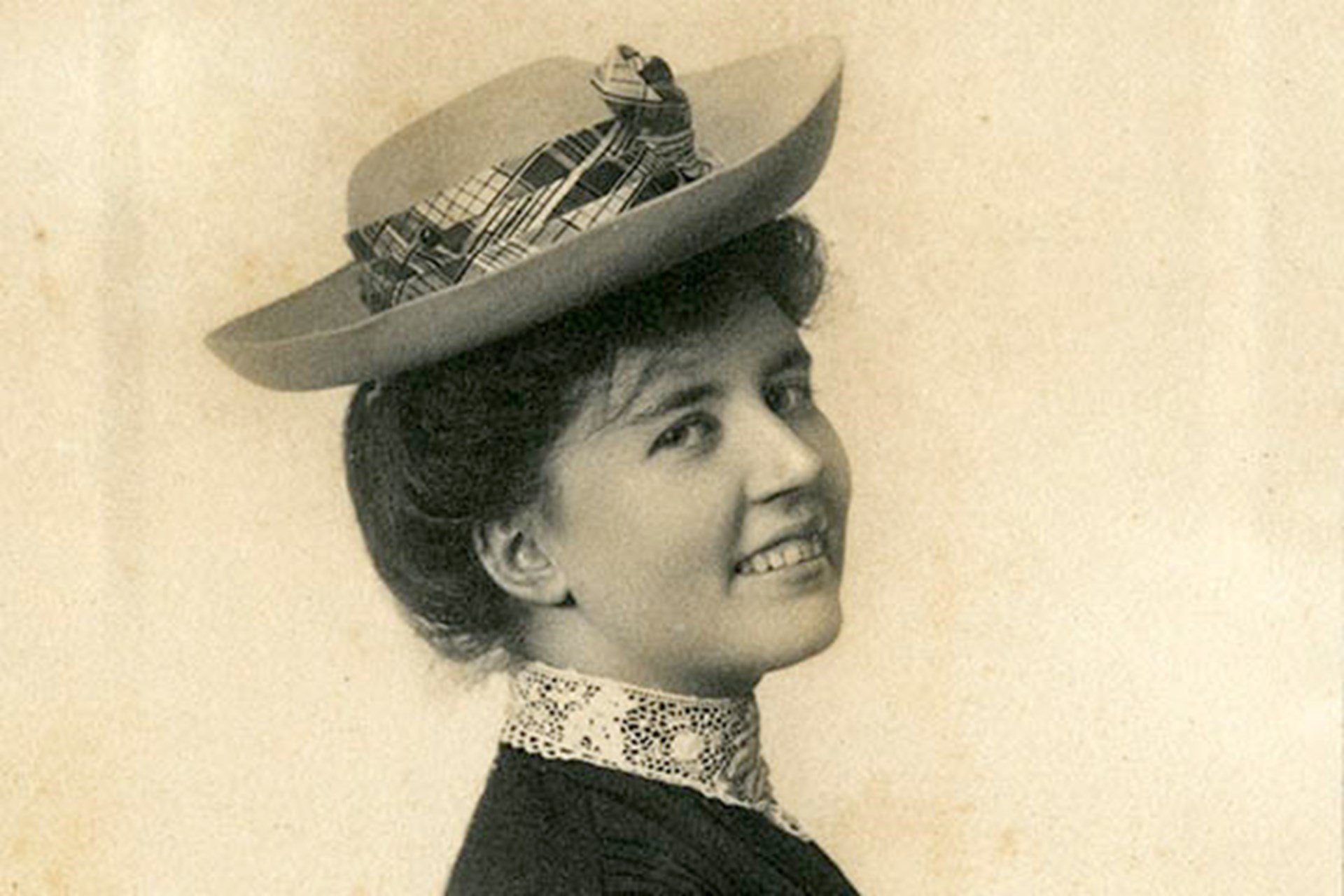 A thin ribbon of road wends its way, largely unnoticed, through the heart of the Midwest, connecting towns with the farmland that supplies them. Named for the author of Little House on the Prairie fame, the Laura Ingalls Wilder Historic Highway resembles her daughter, Rose Wilder Lane: an often-overlooked figure who lies at the heart of modern American politics.

This October 30th marks the fiftieth anniversary of her death, but not the end of Rose Wilder Lane’s legacy. She shaped a nation in the way she narrated its past, participated in its present struggles, and inspired ordinary Americans to action. She spoke of a universe where individuals were ultimate and their oars turned the tide of history, and she acted as a midwife to the present-day Libertarian Party.

Her 1923 passport describes a petite, blue-eyed brunette but fails to reveal the iron strength of the woman who went toe-to-toe with J. Edgar Hoover’s FBI and never blinked. Its blue pages, littered with stamps from Europe and the Middle East, only hint at the intrepid courage of the young writer who began a life-long love affair with Albania, adopted a son from its mountains, and petitioned a president to rescue him from the clutches of communists in Cold War Europe, and who, at nearly eighty years old, reported from the battlefields of Vietnam.

Raised on the unforgiving prairies, the resilience and plucky courage of her pioneer predecessors stamps her days. At sixteen, she struck out on her own, determined to make her way in the world. Beginning in Missouri, she worked her way up as a telegrapher, eventually landing a job at the Fairmont Hotel in San Francisco where she met her future husband. She also dabbled in freelance journalism on the side, something of a family trait. By the time the Great War had strewn the bodies of a generation across the killing fields of a continent, Lane had consolidated her career in journalism, married and divorced Gillette Lane, and suffered what she would later describe as a mental breakdown.

An ardent Communist in an ardently anti-Communist postwar America, her conversion came when she visited the Caucasus Mountains. While sharing tea with a Russian villager, she encountered an adamant opponent to Communism. Wilder Lane chalked his reaction up to “the opposition of the peasant mind to new ideas, too large for him to grasp…[so] I drew for him a picture of Great Russia, to its remotest corner enjoying the equality, the peace and the justly divided prosperity of his village.” But the villager would not be argued around. It was too vast, too complicated, he insisted: “Too big. At the top, it is too small. It will not work. In Moscow there are only men, and man is not God. A man has only a man’s head, and one hundred heads together do not make one great head.”

The questions provoked by that conversation haunted her for a lifetime. First, she "asked myself dizzily, '[what] is The State? The Communist State—does it exist? Can it exist?'" Second, she wondered “Am I truly free?” Her conclusions: the State (or even the People) is a convenient fiction, an abstraction that distracts from the individuals, those hundred heads, that make the decisions of a nation—and that freedom is synonymous with individualism.

This shocking freedom infuses the world with more peril, but also vast opportunity.

Lane recognized that this paring back of the world until only the individual stands made it a more raw, more risky place. But she was also convinced that such a reality of individuality made the world a richer and more rewarding place. Doubling or trebling the colors in an artist's palette allows for richer portraits, even though the introduction of cobalt and turquoise also adds slate and ebony; just so, this shocking freedom infuses the world with more peril, but also vast opportunity.

The Risks and Rewards of Freedom

Yet with this freedom came incumbent responsibility. Because only the individual acts, he alone bears the totality of responsibility for his actions. We all stand alone, so make of this world what you will because you must. But beware, for what you make of the world, you alone are held to account. As a consequence, "our real business in living," Lane would later write, "is simply to try to become better human beings."

She attacked conscription, rationing, tariffs—all with the ardor of an abolitionist—because such policies abridge the right of individuals to exercise their freedom and responsibility to decide.

So, Lane devoted her life to speaking to individuals. In her column "Rose Lane Says,” she attacked conscription, rationing, tariffs—all with the ardor of an abolitionist—because such policies abridge the right of individuals to exercise their freedom and responsibility to decide. Her stances were always staked upon the fundamental reality that the individual is ultimate. A case in point pitted her against the FBI: Lane penned a postcard in response to a radio broadcast on the question of Social Security, and it was passed up the ranks for investigation by local forces. After an officer came to question Lane about the postcard, she kicked up a national fuss, and numerous newspapers covered the incident. But when Hoover's FBI tired of being raked through the press and dismissed her comments as the sensationalism of a writer, Lane insisted that freedom of speech is the birthright of every American, not the privileged purview of authors.

Even as she celebrated the triumphs of individualism, Lane never tried to hide its shades of gray. She frankly acknowledged issues with capitalism. In a letter to former President Herbert Hoover, she marveled, “Can it be? Is there really a wealthy AND intelligent capitalist in Michigan? …I am all for capitalism, but I expect less from capitalists in general….” Thus, while an interpreter of the American past, Lane was no mere hagiographer. She summarized American history as a long train of avarice, accidents, "anarchy, chaos,…individualism." Yet, through the lens of needlework, she spotlighted some of the riches amongst this dross: in a series of magazine articles, she urged women to perpetuate this quintessential folk art as a tactile reminder that American women had always been equals, integral to carving a country out of the wilderness.

With her voice and in her life, Lane modeled the efficacy of individual action and invited her fellow citizens to participate, traits which she bequeathed as a political inheritance. And, while Lane is an often-overlooked grandmother to the Libertarian Party, she was a much-heeded and much-loved grandmother in her time. Her adopted grandson and later Libertarian presidential candidate Roger Lea MacBride recalled her as a woman and writer of captivating “vigor and style…” Or, as a memento tucked among her plane tickets to Vietnam even more colorfully paints her: "Dear Grandma," the postcard begins, "I really miss the way you say 'Damn!'"

Never afraid to lift her voice or to damn perceived tyranny, she shaped the consciousness of a nation by re-narrating what it meant to be an American, a hard-working individual free to live, responsible to decide. In so doing, she tapped into a uniquely American tradition, tracing back to the transcendentalists and forerunning the modern Libertarian Party. Wilder Lane may be fifty years dead, but her legacy is not. Lane's lifelong questions linger: is it rugged individualism that built America, or is there more to the universe than is dreamt of in Lane's philosophy? As she would say, that remains for individuals to decide. But decide they must.

Ashley Wright graduated from Hillsdale College in 2015. She also holds a master’s in Economics for Development from the University of Oxford.