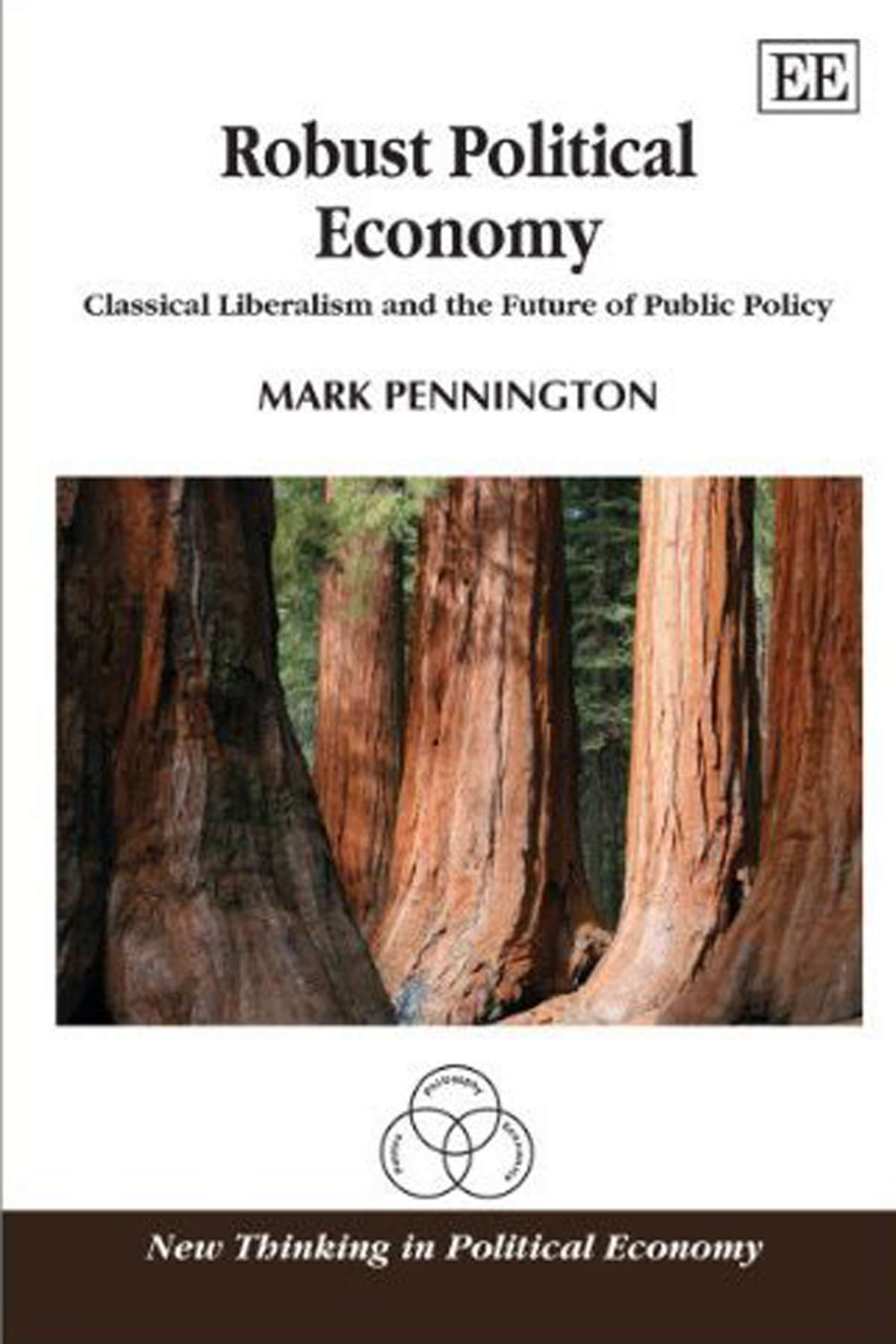 In Robust Political Economy, Mark Pennington offers one of the best cases for classical liberalism ever presented in a single volume.  I do not exaggerate.  Pennington—professor of political economy at King’s College, University of London—here surveys fully and summarizes fairly the major objections to classical liberalism (or, if you prefer, libertarianism).  He systematically demonstrates that each of those objections fails.  The alternative social arrangements, plans, and schemes offered by opponents of classical liberalism all fall well short of dealing adequately with two eternal problems that must be dealt with if people are to enjoy peace and prosperity: the knowledge problem and the incentive problem.

Because people operating within social institutions that conform to classical-liberal tenets deal best with these two enduring problems, such institutions are more robust than their alternatives.  Pennington painstakingly shows that the further institutions are from those recommended by classical liberalism, the more their success requires that individuals perform superhuman feats of accumulating and processing information while exhibiting implausible readiness to sacrifice their personal self-interests for (what they imagine to be) the greater good.

Pennington is hardly the first scholar to identify these two problems and to explain their relevance.  The knowledge problem is most famously associated with the work of F. A. Hayek (or, more generally, Austrian economists) and the incentive problem with the work of James Buchanan and Gordon Tullock (or, more generally, Public Choice economists).  But in applying so comprehensively and powerfully the lessons drawn from a recognition of these two problems, Pennington gives us a volume that might justly be described as The Constitution of Liberty for our day.

I am aware that this praise is unusually high.  And while significant differences in both style and substance do indeed separate Pennington’s 2011 book from Hayek’s 1960 classic, the similarities are enough to justify the comparison and the praise.

As with Hayek’s work, central to Pennington’s book is a deep understanding of the knowledge problem.  This of course involves understanding that the relative values of alternative outputs that can be produced with the same set of inputs can be determined only in competitive, private-property-based markets.  But this understanding involves more; it also involves the realization that such knowledge is never and can never be “given” (as is assumed in economics textbooks).  That is, this knowledge is not simply revealed by decentralized, competitive decision-making; it is also produced by that process.

No consumer comes to market with a detailed, full, and fixed scale of values that he seeks to satisfy.  That scale takes shape only as consumers confront actual alternative opportunities in the market.  Likewise, no producer comes to market with detailed, full, and fixed plans on exactly what to produce, how to produce it, and how much of it to produce.  Those plans take operational shape, and are modified, in light of actual experience in the market—a market whose details are always changing in unanticipated ways for both consumers and producers.

The knowledge problem, though, has yet another dimension beyond the economic.  It springs from the fact that different people have different scales of ethical and political values.  Pennington shines especially brightly in showing how various proposed alternatives to a classical-liberal society are bound to fail—or at least to encounter unexpectedly rough seas—because the success of those alternative social arrangements requires far more agreement than is likely to be found on the relative weights of different ethical and political values.  Egalitarians of various stripes, “market-failure” theorists of various pedigrees, and environmentalists of various shades of green all typically base their social-engineering schemes not only on a presumed agreement on ends that is unlikely to exist, but also on the simplistic assumption that knowledge of the rankings of various ends is easily gathered and made known to government officials.

Speaking of government officials, Pennington goes well beyond repeating the fact that the incentives facing political decision-makers frequently prompt them to act in ways contrary to the best interest of society at large.  He carefully details how the many egalitarian, market-failure, and green challenges to classical liberalism overlook—each in its own uniquely careless way—the perverse incentives that their implementation would create for officials charged with intervening in market arrangements.

Pennington’s survey of the most notable challenges to classical liberalism is a tour de force of scholarship.  And his crystal-clear, fair, yet firm demonstration of the serious flaws that infect each of these challenges is not to be missed.