The Septinsular Republic’s Constitution of 1803 is notable for numerous features: It established a separation of powers and checks and balances among the branches of the federal regime while simultaneously granting considerable self-government to each of the islands.

Napoleon Bonaparte’s wars exacted a horrific toll on the peoples of Europe in the first decade and a half of the 19th century. Estimates of military and civilian deaths begin at 3.5 million and may well have been double that. He snuffed out liberties as well, as noted by author and educator Willis Mason West in The Story of World Progress (1922):

He worked systematically to transform the people's earlier ardor for liberty into a passion for military glory and plunder.

Perhaps the creepiest, most reprehensible thing Bonaparte himself ever uttered was this line: “The life of a citizen is the property of his country.” He thought he himself was the very embodiment of France, so it shouldn’t be surprising that he treated millions as his personal cannon fodder.

The Duke of Wellington once said of him that “His presence on the field made the difference of forty thousand men.” Fortunately, Wellington defeated the tyrant at Waterloo in 1815. Forced into exile on the remote south Atlantic island of St. Helena, the man who once ruled much of Europe died almost alone in 1821.

Napoleon is not my focus in this brief article. Rather, I want to commemorate one of the long-forgotten corners of Europe whose liberties and independence he crushed, the Septinsular Republic. Founded on this date (April 20) in 1800, it lasted seven years until Bonaparte decided he wanted it, just as he seized the centuries-old Republic of Ragusa a year later.

The republic’s name derived from the seven main islands that comprised it:Tolerance and the decentralization of power are inherently more conducive to peace than fighting over who gets to be at the top of a heap. Corfu, Paxoi, Lefkada, Cephalonia, Ithaca, Zakynthos, and Kythira—all in the Ionian Sea along Greece’s western coast. At its inception in 1800, it became the first chunk of Greek territory to be granted self-government by the Ottoman Turks since the fall of the Byzantine Empire in the 1400s.

Civil war marked the first months of the new republic. Competing families of old nobility fought each other for control, prompting secession by two of the islands. But in 1803, those differences were patched up with a new, liberal (in the European sense) constitution under the leadership of a man named Giorgio Mocenigo. It promised a diminution in the power of nobility and new protections for individual rights. The war ended and unity followed, which offers a lesson: Tolerance and the decentralization of power are inherently more conducive to peace than fighting over who gets to be at the top of a heap.

The Septinsular Republic’s Constitution of 1803 is notable for numerous features: It established a separation of powers and checks and balances among the branches of the federal regime while simultaneously granting considerable self-government to each of the islands. Qualifications for office were based on property ownership and academic background instead of hereditary titles. An 1806 revision of the constitution established a rotating presidency (drawn from the seven islands) with a limit of one year to the office.

The constitution affirmed the inviolability of a person’s home, which could not be invaded by the state. It guaranteed religious tolerance. It reformed the courts by creating juries for the first time since Roman days.

Under pressure from the Ottomans to oppose France in 1807, the Septinsularians allied themselves with Russia only to be betrayed.

The infant republic was on its way to replicating the success of nearby Ragusa when the winds of war blew it apart. Under pressure from the Ottomans to oppose France in 1807, the Septinsularians allied themselves with Russia only to be handed over by the Russians to Napoleon through a secret agreement. A French expeditionary force seized control of the islands in August 1807.

Thus ended the short-lived but promising Septinsular Republic, never to appear on the map again as a country of its own. When Napoleon was defeated eight years later, the islands became a British colony for half a century.

Long live the spirit of the Septinsular Republic! 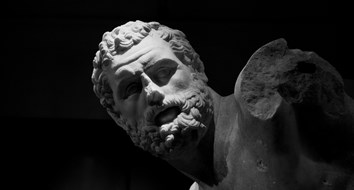