Parent demand for in-person learning during the pandemic is prompting an expansion of private education possibilities.

Ongoing and renewed shutdowns of public schools across the country due to the COVID-19 pandemic have resulted in astonishing public school enrollment drops.

NPR recently reported that public school districts in at least 20 states have seen shrinking numbers of students this fall, with Orange County and Miami-Dade County in Florida down 8,000 and 16,000 public school students, respectively. Los Angeles public school enrollment has dropped by nearly 11,000 students.

Families are increasingly turning away from public schooling and toward private education options during the pandemic—a trend that is likely to continue even after the virus fades.

Since March, US parents have been put back in charge of their children’s education in unprecedented ways. Zoom schooling has given them a peek into what their children are actually learning (or not learning) in their classrooms, and ongoing school closures have encouraged families to pursue education options beyond their assigned district school. Many families have withdrawn their children from a district school in recent months in favor of independent homeschooling or private schooling, or have decided to delay their child’s kindergarten entry.

According to a recent Gallup poll, the rate of homeschooling has doubled since last year to nearly 10 percent, while the rate of children enrolled in a district school declined seven percent to 76 percent of the overall US K-12 student population.

New state-level data offers more insight into this exodus from public schooling. In Connecticut, officials report that public school enrollment is down more than 15,000 students or about three percent, with much of that drop due to fewer children enrolled in public kindergarten and pre-kindergarten programs. At the same time, homeschooling numbers in Connecticut are more than six times higher than they were last year, with over 3,500 children opting out of public schooling for homeschooling this year alone.

Indeed, this is a prime moment to advocate for education choice policies, such as education savings accounts, that enable education funding to follow children wherever they learn, rather than funding the bureaucratic school systems that more families are rejecting. Critics argue that the flight from public schools toward private options during the pandemic deepens inequality, but expanding education choice mechanisms ensures that all parents have the opportunity to select the learning option that works best for their children.

The Reason Foundation’s Corey DeAngelis has written extensively about funding students, not systems. He explains: “This is exactly how we fund many other taxpayer-funded initiatives, including Pell Grants for higher education and prekindergarten programs. For these programs, funding goes to families who can then choose from a wide array of public or private providers of the service. The same goes for food stamps. In these scenarios, the power is rightly in the hands of families rather than institutions.”

It is clear that growing numbers of families are opting for private education options during the pandemic, and many more would likely leave their assigned district school now and in the future if they could access some of their education tax dollars that are currently ensnared in public school systems.

In Boston, interest in Catholic schools soared over the summer when Massachusetts teacher unions announced a push for remote learning only, while the state’s parochial schools committed to in-person learning. Thomas Carroll, the head of Boston’s Catholic schools, said the enrollment demand from parents was immediate. In an interview with Boston NPR, Carroll explained: "When it hit the evening news, our phone(s) started ringing off the hook all across all of our 100 schools...I joke that we should send a thank you note to the school districts, because of their tone deafness, in terms of what the parents were looking for."

The reopening of in-person learning in these Catholic schools has not led to widespread coronavirus infections. Massachusetts governor, Charlie Baker, recently praised them as an example for public schools to follow. “The kids in schools are not spreaders of Covid,” the Wall Street Journal quoted Baker. “I mean, there’s no better example of that right now than the parochial schools in Massachusetts. They have 28,000 kids and 4,000 employees who have been back in-person learning since the middle of August, and they have a handful of cases.”

Parent demand for in-person learning during the pandemic is prompting an expansion of private education possibilities, including low-cost options that are more accessible to more families. Pandemic learning pods are widely popular, allowing small groups of children to gather together in private homes with a hired teacher, or with parents taking turns facilitating instruction. As these affordable, versatile pods take more children away from district schools, it’s perhaps not surprising that bureaucrats are declaring war on them with regulatory burdens. But parental demand for flexible, high-quality, low-cost learning options is unlikely to wane, particularly as parents gain a greater appreciation for private education during the pandemic.

Thales Academy, for example, is a North Carolina-based network of low-cost private schools that is expanding during the pandemic even as public school enrollment in the state plunges. Founded more than a decade ago by entrepreneur Bob Luddy who was frustrated with the bureaucracy and poor outcomes of North Carolina’s public schools, Thales Academy has grown to 11 campuses in three states, enrolling more than 3,600 students at an annual tuition cost of about $5,500 a year, plus generous scholarship programs to off-set the cost even further for many families.

The pandemic has disrupted families’ lives in countless ways, and the impact of school closures and remote learning has been particularly challenging. Many parents are embracing homeschooling and other private education options that are more flexible and responsive to their needs. With an assortment of innovative, low-cost, high-quality private education options attracting more families, plummeting public school enrollment during the pandemic may become permanent. 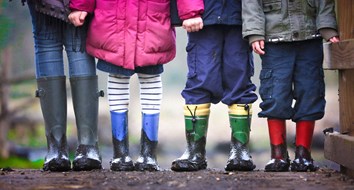