The evidence to support her claims is thin to nonexistent. 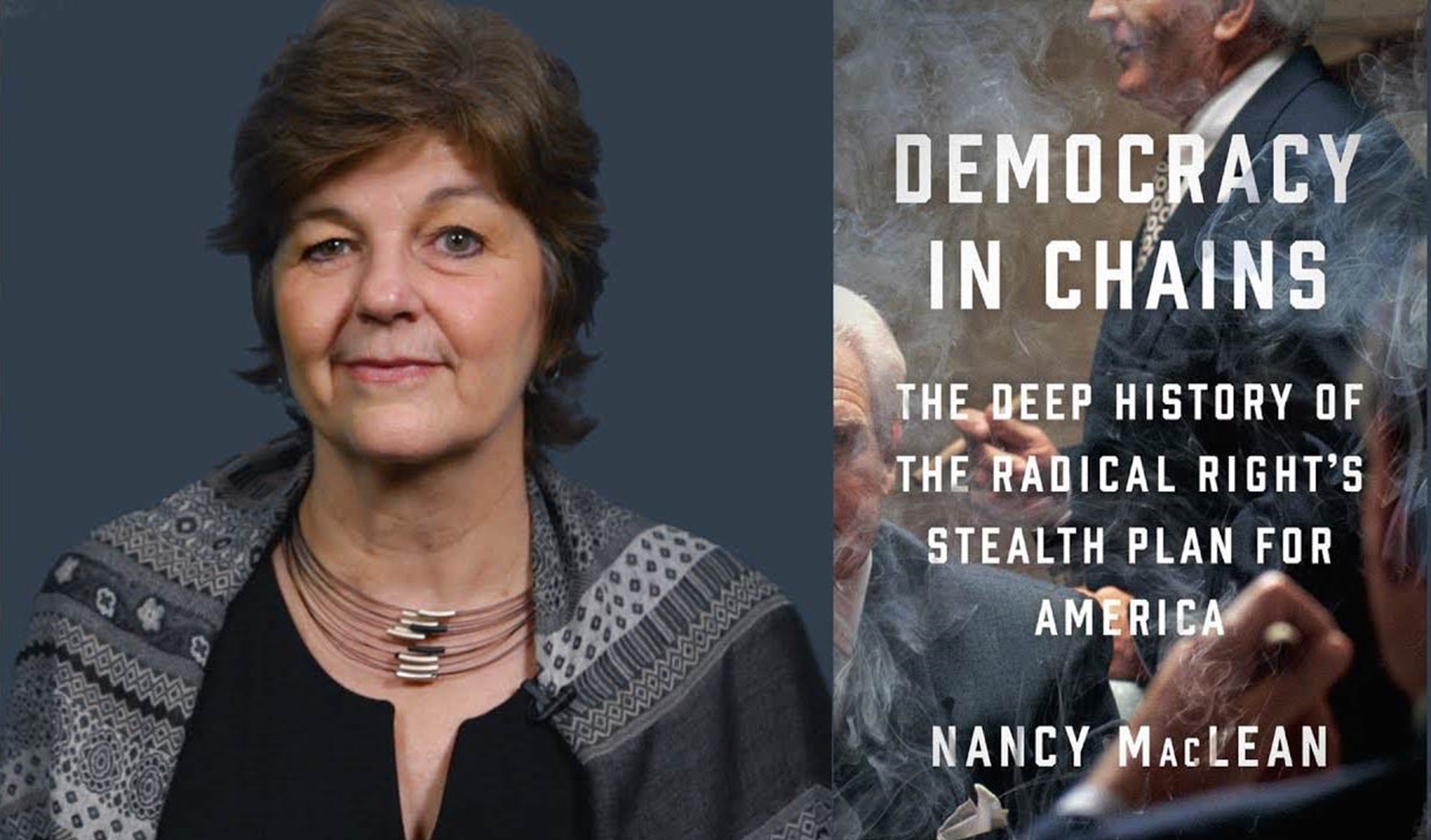 Democracy in Chains is – ironically, given author Nancy MacLean’s progressive politics – the perfect book for a presidential administration that subordinates truth to alternative facts.

It purports to be an extensively-researched expose on an intellectual movement rooted in the economist James McGill Buchanan’s (to quote the promotional blurb) “last gasp attempt to preserve the white elite’s power in the wake of Brown v. Board of Education.” It fails to engage Buchanan’s ideas – or even represent them accurately.

MacLean has not produced an objective and well-researched account of a "stealth plan" to keep "Democracy in Chains" but rather a conspiracy tract better suited to the National Enquirer than National Public Radio (which fawned over it) or the National Endowment for the Humanities (which funded it).

She contacted none of them.

Why? I think the most important reason is that she failed to make use of some of the most obvious resources at her disposal.

If you're going to read one review you should read her Duke colleague Michael Munger's long review essay for the Independent Institute. Duke’s political science department is home to two past presidents of the Public Choice Society. One of them (Geoffrey Brennan) was a prominent Buchanan coauthor, and the other (Munger himself) has written and spoken extensively on Buchanan. The current president of the Public Choice Society Georg Vanberg is a Duke political scientist. She contacted none of them, nor did she contact Bruce Caldwell at Duke’s Center for the History of Political Economy.

Munger’s review essay is remarkable in that it is utterly devastating to MacLean’s thesis without being an exhaustive inventory of her mistakes. Jonathan Adler at the Washington Post’s Volokh Conspiracy blog has kept one running list of the book’s flaws. Here are a few additional things MacLean gets wrong.

First, her discussion of the discrimination Buchanan faced in New York is incomplete. Buchanan claims to have been discriminated against on account of his humble Tennessee roots, and MacLean then goes on to wonder why he didn't sympathize with other victims of discrimination – African-Americans, for example – as a result.

Her footnote directs us to page 4 of Buchanan's collection of autobiographical essays Better Than Plowing. On that page, Buchanan writes “(t)his sobering experience made me forever sympathetic to those who suffer discriminatory treatment.” This directly and in plain language contradicts MacLean’s interpretation.

She claims without evidence that pro-segregation Agrarians "attracted" Buchanan to Vanderbilt.

Second, MacLean calls John C. Calhoun the "intellectual lodestar" of modern public choice theory, but the evidence to support the link is thin to nonexistent. Calhoun is not cited in Buchanan's work, in the selected works of his coauthor Gordon Tullock, in various public choice reference works, or in his student and longtime colleague Richard Wagner’s new book James M. Buchanan and Liberal Political Economy.

There is a 1992 paper by Alex Tabarrok and Tyler Cowen discussing similarities between Calhoun's ideas on government and public choice theory, but this is hardly enough to qualify him as the "intellectual lodestar" of Buchanan's movement.

Third, she claims without evidence that the pro-segregation Nashville Agrarians "attracted" Buchanan to Vanderbilt (he ultimately ended up at Middle Tennessee State). She claims that the agrarian poet Donald Davidson was "(t)he Nashville writer who seemed most decisive in Jim Buchanan’s emerging intellectual system" but again offers no evidence to establish the link.

If Davidson were so important to Buchanan, he would likely be mentioned somewhere in Buchanan's oeuvre, which includes references to a number of literary figures. Not only is Davidson not mentioned, none of the contributors to the agrarians’ signature volume I’ll Take My Stand appear in Buchanan’s Collected Works, Better Than Plowing, or his book Why I, Too, Am Not a Conservative. Buchanan discusses, for example, the mutual affinity he and his intellectual lodestar Frank Knight had for the poetry of Thomas Hardy.

It is a serious misreading to think that Buchanan is arguing against compassion.

Finally, her treatment of Buchanan's article "The Samaritan's Dilemma," is misleading: she claims Buchanan co-opts the parable of the Good Samaritan to argue that Americans are "too compassionate." That's not what the paper is about at all, and his use of the “Good Samaritan” is incidental: after explaining the logic of the problem in antiseptic game theoretic terms in order to “forestall, to the maximum extent possible, the instant emotional identification that my examples seem to arouse,” he goes on to write “(t)he samaritan example is used for descriptive clarity, in part because I could think of no better one.”

It is a serious misreading to think that Buchanan is arguing against compassion. It actually explores the logical structure and implications of a problem everyone faces regularly: if I help this person in this way, I run the risk of creating dependency.

Buchanan asks us to think about correcting children: in the short run, the easy thing to do is capitulate and appease, but in the long run you're inviting more headaches because the kids are more likely to continue acting up because they know there will be no meaningful consequences. Or consider (as he does) the grade-grubbing student. If you give in, you invite future grade-grubbing and limit the student's opportunity to grow as a person. MacLean makes "The Samaritan's Dilemma" out to be something it isn't.

And this still isn’t an exhaustive list of the book’s problems. Democracy in Chains has elicited strong critical reactions from Buchanan's students and admirers not because it has scared us, discovered something we didn't want the world to see, or "exposed" the nefarious workings of a decades-long conspiracy. It has elicited this reaction because it is fundamentally flawed.

Any reader who picks up Democracy in Chains expecting to learn anything about late 20th century intellectual history will find himself or herself badly misled.