Retaliation from our trading partners already is causing problems.

The theoretical case against protectionism is very straightforward. Economic growth suffers when politicians interfere with markets.

The empirical case against protectionism is also very straightforward since there’s lots of data showing it’s a job killer.

I try to summarize those concerns in this short segment from a recent interview with Neil Cavuto.

Unfortunately, retaliation from our trading partners is already causing problems.

Let’s look at a sampling of recent stories.

How about this headline from the Wall Street Journal?

Or this headline from Missouri?

And this headline from CNBC?

Here’s another headline from the Wall Street Journal:

How about this headline from Utah?

And here’s part of a headline from the New York Times:

There are hundreds of such headlines that could be shared, so maybe it’s time to look at the issue from another perspective. 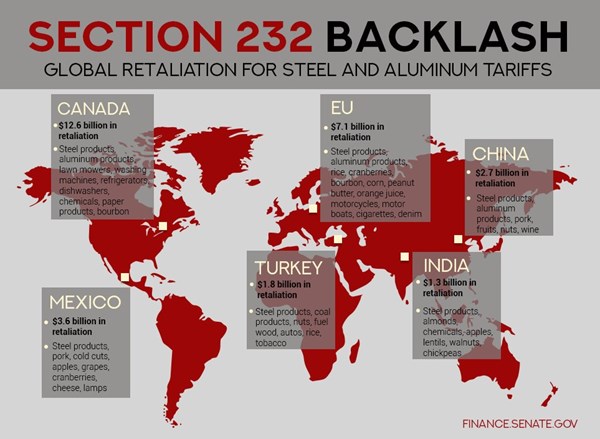 But I don’t want to be too depressing.

Let’s consider some good news. Most trade is still unaffected, at least based on this interesting data from the Washington Post: 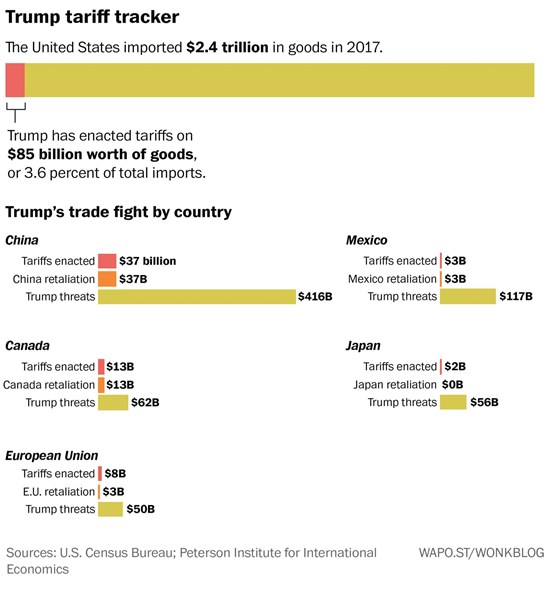 However, this could also bad news since it shows how much additional damage Trump can do to the global economy.

My nightmare scenario is that Trump imposes additional trade taxes, which leads other nations to respond with their own trade taxes. Trump then gets offended by those responses and levies another layer of taxes, which triggers more retaliation by other nations. And so on and so on.

Lather, rinse, repeat, all the way to a global downturn (a repeat of the Great Depression is unlikely since that would require big increases in income taxes and many other bad policies, as well).