No War for Oil: U.S. Dependency and the Middle East 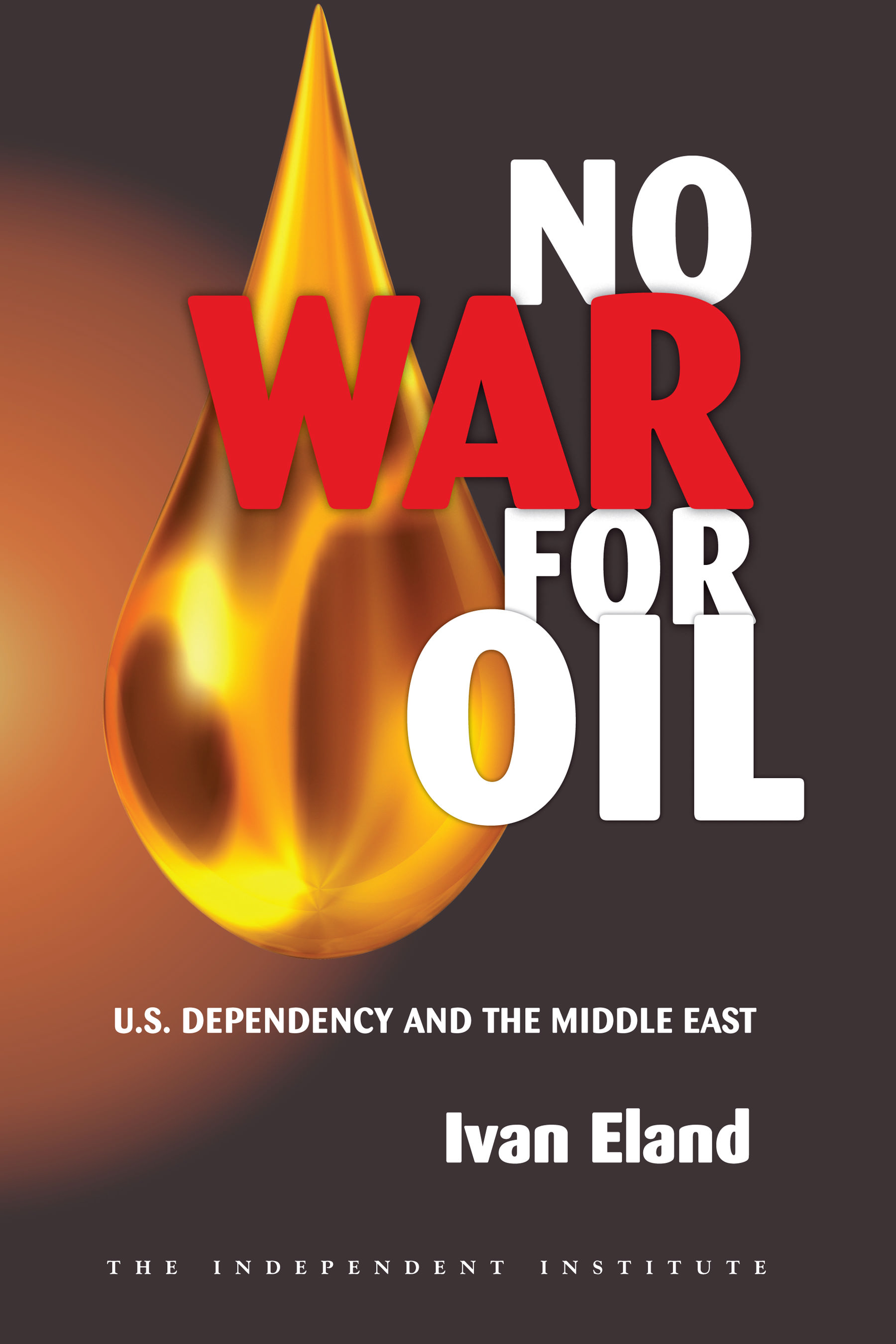 Ever since the Royal Navy converted its ships from coal to oil in 1911, oil has been a “strategic” resource. Powerful nations whose fleets and economies depend on abundant, readily available oil have schemed and when necessary fought to make certain they would be able to get all the oil they wanted. Much blood has been shed in conflicts over oil, but Independent Institute scholar Ivan Eland shows in No War for Oil that we would have saved many lost lives and squandered resources if we had simply allowed the market to work. There is no more need to fight over oil than over iron ore or coffee plantations.

This is a myth-busting book that directly challenges many mistaken ideas that keep leading America into terrible policy blunders. Combining historical analysis with a sound grasp of economics, Eland presents an overwhelming case in favor of a noninterventionist energy policy.

The first part of the book gives the reader the historical background to understand our present oil problems. Just as America’s medical care “crisis” has its origins in government intervention long ago, so too with oil. Early in the twentieth century, the Texas Railroad Commission sought to keep oil prices artificially high by dictating how much each producer would be allowed to market. Despite the image of rugged individualism, oil producers have often looked to government for favors.

The British and French also played oil politics. After World War I they carved up the old Ottoman Empire with oil domination in mind. The artificial nation of Iraq was stitched together so the British could control oil production in the region. That political connivance, Eland writes, “has haunted the world up until the present.”

American involvement in World War II also had much to do with oil, specifically the Roosevelt administration’s decision to embargo oil shipments to Japan. Eland observes that Roosevelt had wanted to goad Japan into military aggression with the embargo, calculating that the militaristic Japanese would try to seize the energy (and other resources) they needed. That strategy of course “worked.” FDR got the war he wanted. Ironically, American policy over the last two decades has been very similar to imperial Japan’s, Eland argues.

During the Cold War American oil interventionism was almost incessant. Eland takes readers through one blunder after another. One that had especially severe repercussions was the meddling in Iran. In collaboration with the British, the CIA engineered the overthrow of the elected government of Mohammed Mossadegh in 1953 because he had nationalized the western-controlled oil fields in his country. To be sure, nationalization was bad for the oil companies, but it would have had no impact on the international oil market and American consumers. Nevertheless, the Eisenhower administration, to protect “our” interests, got rid of Mossadegh and restored to power the autocratic Shah, who was happy to let the oil companies stay in return for aid from the U.S. government. In 1979 the United States would feel the wrath of Iranians who had suffered under the Shah’s regime, as an Islamic revolution overthrew him and stormed the American embassy. All the hostilities and enmity ever since would have been avoided if we hadn’t played the oil politics game.

The first (1991) and second (2003–11) wars with Iraq were entirely unjustified, Eland argues. Many Americans fell for the argument that if Iraqi dictator Saddam Hussein had control of Kuwaiti and Saudi oil fields, he would be in a position to inflict terrible damage on our economy through an oil embargo—and therefore had to be first stopped and then removed. In the book’s most important economic insight, Eland shows what an utterly mistaken concern that was. He refutes the notion that American policy must intervene (militarily or otherwise) whenever some foreign government hints that it might use oil as an economic weapon. That idea overlooks the crucial fact that producing countries are desperate for revenues. They will sell their oil into the world market, and even if they say they want none to go to Americans, that won’t make the least bit of difference. We will still be able to buy as much as we want from other producers.

In short, Eland shows, it is much cheaper to buy oil on the market than to fight for it.

Just as it’s foolish to fight for oil, it is similarly foolish to strive for “energy independence.” Eland attacks the idea that foreign oil is something we must avoid buying and that therefore we need to subsidize all sorts of inefficient alternatives like biofuels, solar power, and wind power.

The big message of No War for Oil is impossible to miss. The ideal energy policy is to leave things alone—no intervention internationally, no subsidies domestically.