New York City has effectively declared war on Uber and Lyft in an effort to protect taxis from competition. 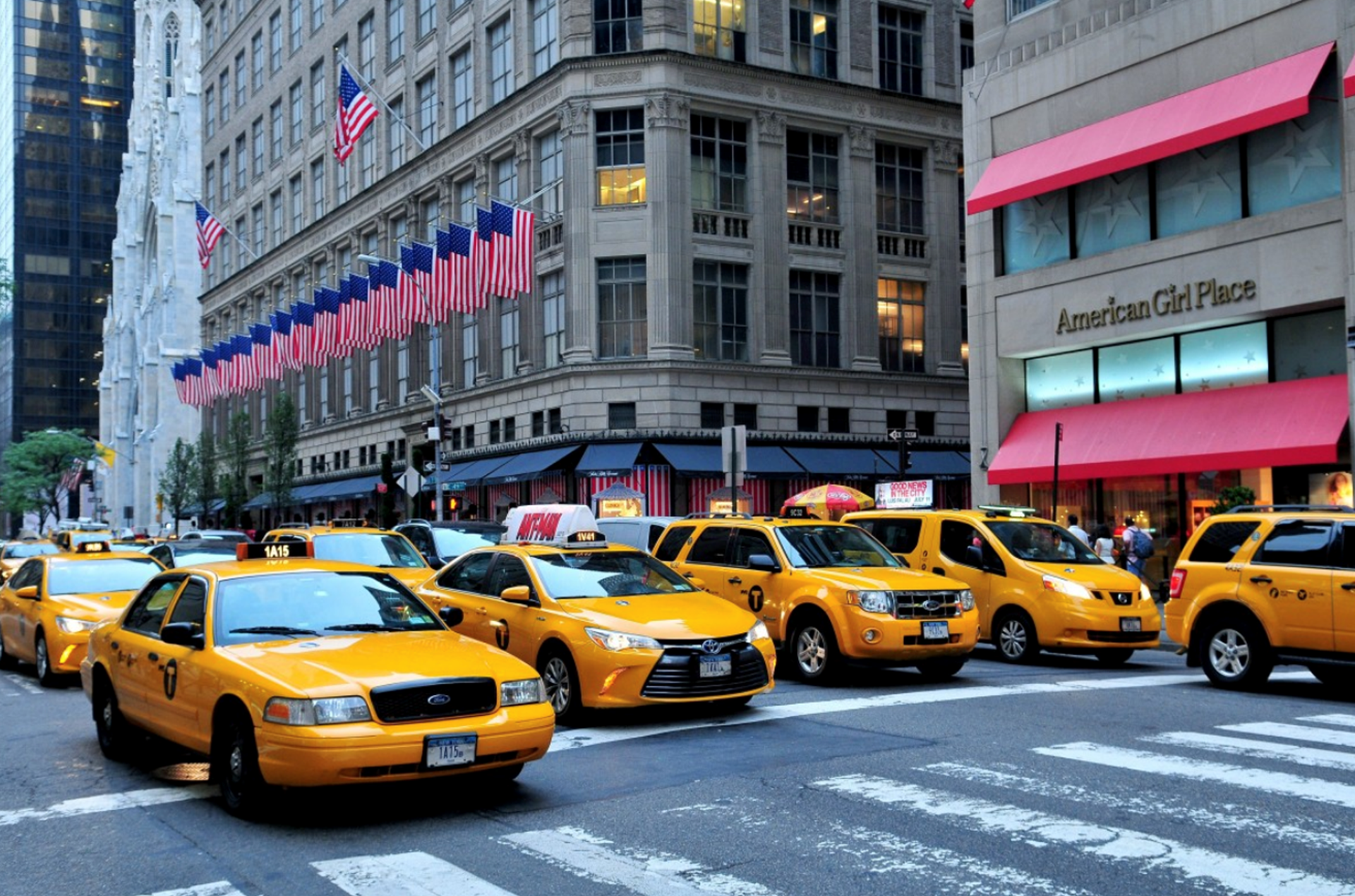 At 5 o’clock on Aug. 14, New York City turned its clocks back to the 1930s. The Taxi and Limousine Commission officially stopped issuing licenses to most for-hire vehicles, effectively declaring war on Uber and Lyft in an effort to protect taxis from competition.

This is the first of many steps that aim to constrain popular app-based ride-sharing platforms within the antiquated regulatory structure that city officials first imposed on taxis when Franklin D. Roosevelt was president.

The package of new laws recently signed by Mayor Bill de Blasio imposes a one-year moratorium on new for-hire vehicle licenses for any non-wheelchair accessible vehicles, requires the commission to set minimum pay, and mandates a 12-month study of traffic congestion and other issues. Once the study is completed, the commission will be able to artificially raise fares and restrict the number of ride-sharing vehicles.

The upshot for New Yorkers: getting around town will get harder and more expensive—mainly because lawmakers have been co-opted by a powerful special interest.

The mayor has wanted to crack down on ride-sharing for years. He and others baselessly blame these services for everything from congestion to declining subway ridership. They even claim competition has encouraged taxi driver suicides.

De Blasio touted his victory on Twitter, asserting that “New York City is about to put big corporations in the back seat and let the people take the wheel.”

What incredible hypocrisy. After all, he himself accepted more than $500,000 in campaign contributions from ride-sharing’s main competition—the taxi industry.

Hundreds of thousands of New Yorkers who ride or drive for these services each day have expressed themselves through the market, embracing ride-sharing and implicitly rebuking the city’s costly, unreliable, and heavily regulated taxicab industry.

Meanwhile, “the people” have already spoken. Hundreds of thousands of New Yorkers who ride or drive for these services each day have expressed themselves through the market, embracing ride-sharing and implicitly rebuking the city’s costly, unreliable, and heavily regulated taxicab industry.

Unfortunately, aspiring central planners have little interest in allowing such free choices—especially when what “the people” want conflicts with their paternalistic preferences.

Disrupting the Flow of the Free Market

Still, these leaders are already having to answer for their decision. Council Speaker Corey Johnson, for example, assured New Yorkers that “we are not diminishing service” because “vehicles that are out there now will remain out there.”

These claims are disingenuous. They do not take into account driver turnover. Lyft estimates that one-quarter of its drivers leave the platform each year. Under the new law, these losses will not be replaced, meaning the new cap is really a policy of reduction by attrition.

The consequences are predictable: Service shortages and higher prices are inevitable when artificial caps prevent supply from growing to meet demand. Taxis experienced both problems, and now Uber and Lyft will, too.

Those high prices will only be worsened by the proposed $17.22 minimum wage for drivers—an average pay hike of more than 22 percent, some estimate. Consumers will bear that cost.

And that’s just to start. Regulators have been empowered not only to raise wages but to set fare minimums, meaning they may decide to raise rates even further just to stop ride-shares from outcompeting taxis on price.

Harming Those Who Need It Most

These price hikes will fall particularly hard on low- and middle-income riders. They will feel the sting from New York’s determination to make life even more expensive in a city already struggling with an affordability problem.

Shortages will hit the outer boroughs, where half of all Uber rides in New York originate, and low-income and minority neighborhoods in particular. That prompted Al Sharpton and civil rights organizations like the NAACP to oppose de Blasio’s plan.

City leaders promise they have prepared for this by authorizing the commission to issue licenses to expand service to neighborhoods “where such services are needed.” But that already occurred before New York’s “reforms”—riders easily demonstrated their “need” by simply downloading an app. Under the new plan, one can only imagine the arbitrary and tortuous processes bureaucrats will devise to measure “need” and weigh it against other political priorities.

But perhaps the worst result of the new plan is that it may cause more congestion rather than alleviating it.

One recent study found that ride-shares have a higher occupancy rate than taxis, meaning they require fewer trips to service an equal number of riders. The report cautioned that “broad restrictions” on ride-sharing may push people toward less efficient transportation options, like taxis or personal vehicles. The result: more cars on the road.

The report sensibly called for further study, but lawmakers decided to push ahead. Imagine a doctor pressuring a patient into invasive surgery without running any tests to confirm his diagnosis. Most people would find a new doctor.

Now, some lawmakers admit that their new policy is not a solution to traffic woes. Johnson said so candidly after the vote, indicating that the real answer is “congestion pricing.”

Competition and innovation have done more in a decade to improve ground transportation than 80 years of regulation.

That’s at least partially correct—congestion pricing (i.e. charging drivers for using certain roads) is worthy of further study. But the city also needs to deregulate both taxis and ride-shares. Competition and innovation have done more in a decade to improve ground transportation than 80 years of regulation.

It should also unwind its medallion system, which transformed a small cabal of corporate fleet owners into a cartel that dominated the market and fleeced riders.

Those reforms would truly “let the people take the wheel.”

This article was reprinted with permission from The Daily Signal.

Jason Snead is a policy analyst in The Heritage Foundation's Edwin Meese III Center for Legal and Judicial Studies.