In light of this history, so-called net neutrality should give us pause.

“Oh, for the days of Ma Bell!” is not a lament we’re likely to hear. And for good reason. Before the breakup of AT&T, America’s telephone system was a government-sanctioned monopoly characterized by stagnant service offerings, high costs, and a glacial pace of consumer-facing innovation.

Take it from me. I spent the early years of my career toiling for Ma Bell’s crown jewel, Bell Labs.

So it was distressing when a federal appeals court engaged in a bit of 1970s nostalgia last month by upholding the Federal Communications Commission’s (FCC) ill-conceived net neutrality rules. Under the new FCC rules, Internet service will increasingly be regulated like a public utility, rather than a competitive market.

The likely result? Reduced investment in online communications infrastructure, reduced competition, and innovation slowing down to a crawl.

Technology companies in the United States are our economy’s drivers—making things better, faster, and cheaper while creating new jobs and economic growth. Nothing could be worse for American competitiveness, or for consumers, than returning to the ‘golden age’ of Ma Bell.

In the Belly of Ma Bell

Take it from me. I spent the early years of my career toiling for Ma Bell’s crown jewel, Bell Labs, which gave us technology breakthroughs like the transistor, the laser, the solar cell, and scientific advances in radio astronomy that provided the first direct confirmation of the Big Bang. While these are impressive achievements, they are not the whole picture. To see that fuller picture, we need to apply the most basic test for assessing economic policies, which is to examine not only what is seen, but also what is not seen.

Americans under the age of 30 never experienced our telecommunications system when it was a statutory monopoly. That’s fortunate for them as consumers, though it deprives them of some important historical perspective.

Mercifully forgotten is Ma Bell’s meticulously planned—and quite different—vision for the digital future. It wasn’t pretty.

For seven decades, Bell delivered the world’s most advanced, reliable, ubiquitous telecom network in the world, spitting out ample profits that funded what many called a national treasure. Problem was, it was the exact same phone service for most of those seven decades.

Until the waning years of Ma Bell’s monopoly, it was illegal to connect anything but Western Electric equipment to the network. Customers could only lease telephones for a monthly fee, which were ruggedly designed and lasted for decades. The designs themselves changed about as frequently. The idea of a new phone with new features coming out every year would have been considered insanity. Attempts to launch third party applications on the system would have landed you in jail.

The phone my grandpa used in 1923 would have worked just fine if plugged into the phone network that blanketed the nation in 1978, when I arrived at Bell Labs fresh out of MIT. Push buttons had replaced rotary dials. But other than that, and the fact that long distance calls could be dialed directly rather than via a human operator, consumer-side progress moved at a crawl.

All of Bell’s commercial technology development was focused on the network side, driven by an imperative to increase efficiency and reduce costs. Meanwhile, prices, set by government bureaucrats, remained constant. And why not? There were no competitors to offer consumers a better option. 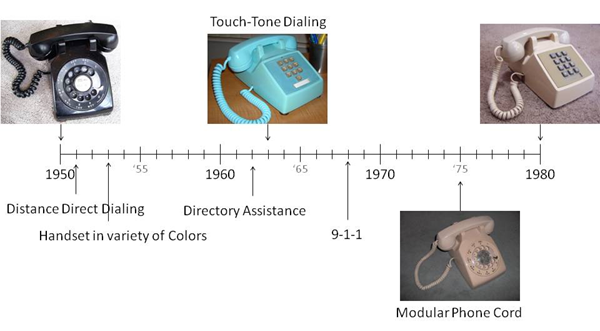 This is what 30 years of progress looked like to consumers during Bell Labs’ heyday.

As for those prices, in 1972, my freshman year in college, a three-minute long-distance call home to Mom cost the same as two pitchers of beer and three bags of beer nuts ($3 at the time, or about $17 in today’s dollars). Hard to believe when today’s college students can make free Skype calls halfway around the world.

For those reasons, so-called net neutrality should give us pause.

What didn’t get built during that golden age? Everything you know and love. The entire digital universe had been pent up behind a wall of suppressed demand and legal barriers to market entry. It burst forth only after the Bell monopoly was broken up in 1984, leading to history’s most dazzling dash of innovation. And this was done with little help from Bell Labs, aside from the diaspora of talent its unwinding unleashed. Only then did we see the impact of hoarding so many scientists and engineers.

Mercifully forgotten is Ma Bell’s meticulously planned—and quite different—vision for the digital future. It wasn’t pretty. The data successor to the public switched telephone network was going to be something called X.25, and it would deliver videotex, the project I worked on while I was there. Go dig up those papers and laugh. It is exactly what you would expect if you turned over the Internet to a bunch of central planners controlling a massive hierarchy of cloistered engineers.

For those reasons, so-called net neutrality should give us pause. Innovation requires exactly the kind of disruption that government-enforced equality is designed to prevent.