Let's Have a Tax War

The best argument for slashing the corporate tax rate.

What’s the best argument for reducing the onerous 35 percent corporate tax rate in the United States? 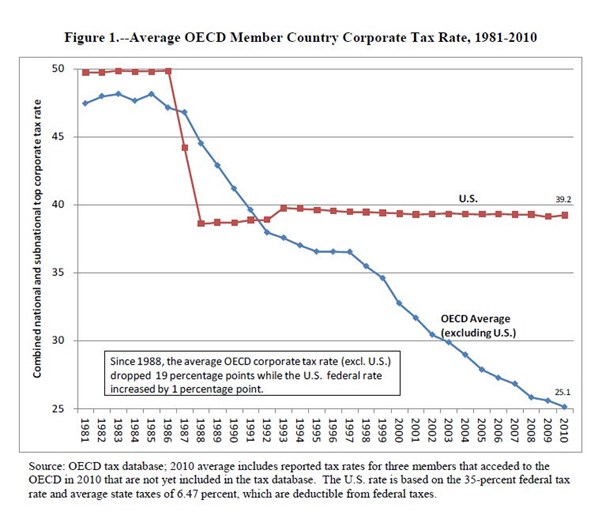 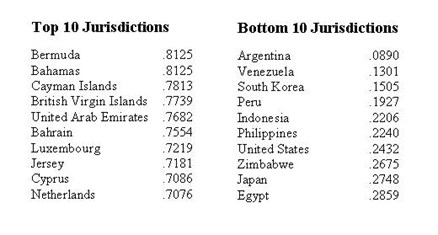 That would be a win-win outcome for the American economy.

These are all good reasons to dramatically lower the corporate tax rate, hopefully down to the 15-percent rate in Trump’s plan, but the House proposal for a 20-percent rate wouldn’t be a bad final outcome.

But there’s a 9th reason that is very emotionally appealing to me.

Simply stated, politicians are less greedy when they have to worry that the geese with the golden eggs can fly away.

And the mere prospect that the United States will improve its tax system is already reverberating around the world.

The German media is reporting, for instance, that the government is concerned that a lower corporate rate in America will force similar changes elsewhere.

The German government is worried the world is slipping into a ruinous era of tax competition in which countries lure companies with ever-more generous tax rules to the detriment of public budgets. …Mr. Trump’s “America First” policy has committed his administration to slashing the US’s effective corporate tax rate to 22 from 37 percent. In Europe, the UK, Ireland, and Hungary have announced new or rejigged initiatives to lower corporate tax payments. Germany doesn’t want to lower its corporate-tax rate (from an effective 28.2 percent)… Germany’s finance minister, Wolfgang Schäuble, …left the recent meeting of G7 finance ministers worried by new signs of growing beggar-thy-neighbor rivalry among governments.”

A “ruinous era of tax competition” and a “beggar-thy-neighbor rivalry among governments”?

That’s music to my ears!

I'd much rather have “competition” and “rivalry” instead of an “OPEC for politicians,” which is what occurs when governments impose “harmonization” policies.

The Germans aren’t the only ones to be worried. The Wall Street Journal observes that China’s government is also nervous about the prospect of a big reduction in America’s corporate tax burden.

China’s leaders fear the plan will lure manufacturing to the U.S. Forget a trade war, Beijing says a cut in the U.S. corporate rate to 15% from 35% would mean “tax war.” The People’s Daily warned Friday in a commentary that if Mr. Trump succeeds, “some powerful countries may join the game to launch competitive tax cuts,” citing similar proposals in the U.K. and France. …Beijing knows from experience how important tax rates are to economic competitiveness. …China’s double-digit growth streak began in the mid-1990s after government revenue as a share of GDP declined to 11% in 1995 from 31% in 1978 – effectively a supply-side tax cut. But then taxes began to rise again…and the tax man’s take now stands at 22%. …Chinese companies have started to complain that the high burden is killing profits. …President Xi Jinping began to address the problem about 18 months ago when he launched “supply-side reforms” to cut corporate taxes and regulation. …the program’s stated goal of restoring lost competitiveness shows that Beijing understands the importance of corporate tax rates to growth and prefers not to have to compete in a “tax war.”

Let’s have a “tax war.” Folks on the left fret that this creates a “race to the bottom,” but that’s because they favor big government and think our incomes belong to the state.

As far as I’m concerned a “tax war” is desirable because that means politicians are fighting each other and every bullet they fire (i.e., every tax they cut) is good news for the global economy.

Which is why, when the dust settles, I’ll be happy if all we get a big reduction in the corporate rate.