Budding child entrepreneurs had been hounded by occupational license enforcers. 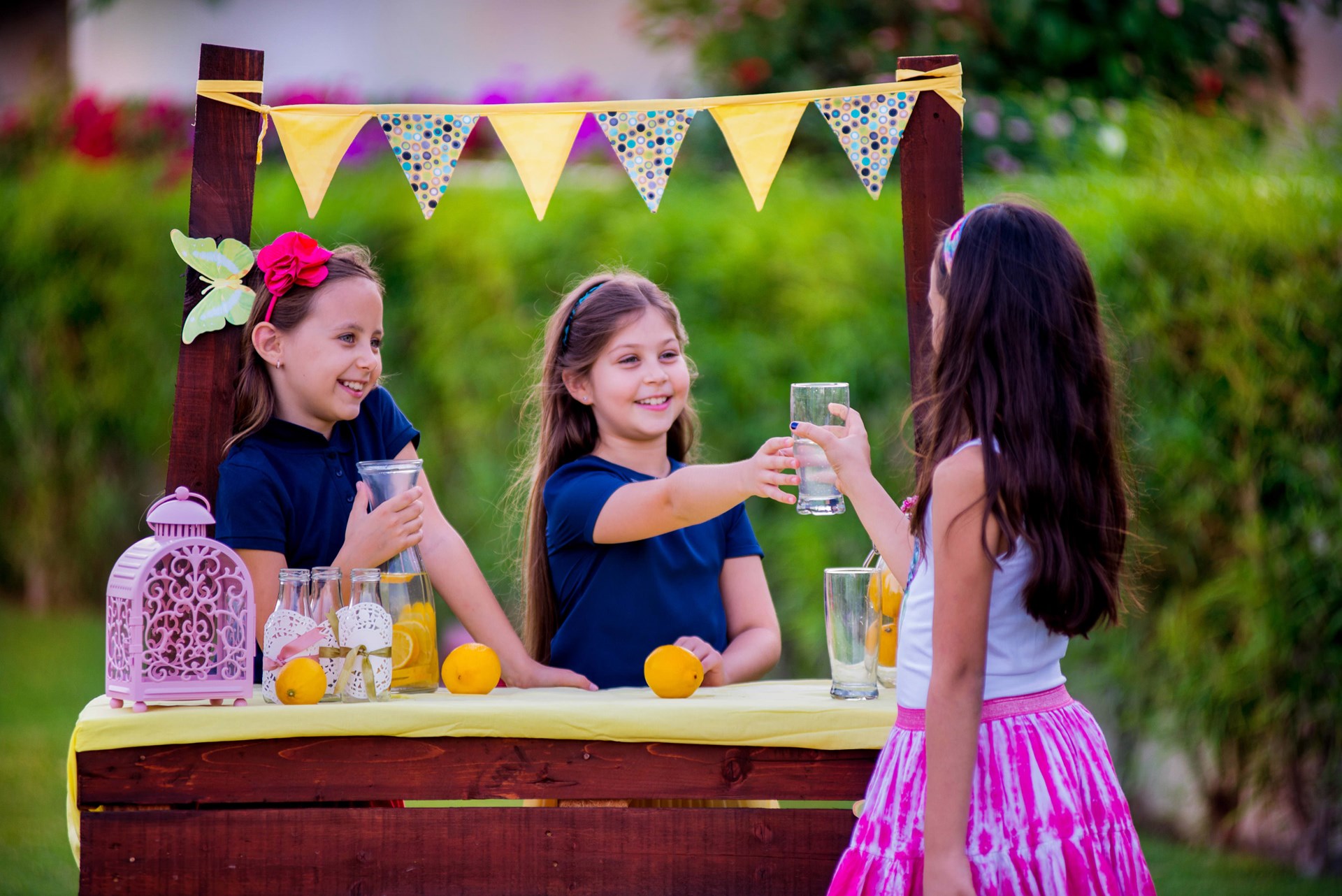 Summer is almost officially here, which means parents all over the country will soon be losing their minds trying to figure out how to occupy their children for three whole months. In the American tradition, the summer months have always been a time to teach the next generation about hard work and responsibility. Older children are often encouraged to take summer jobs and younger children learn about market demand when they realize that by selling cold lemonade on a hot day, they can make a pretty penny.

One state is taking the lead on protecting children from the long arm of the state.

Encouraging hard work and preparing our children for the real world has been the American way since our country’s inception. However, the regulatory state is determined to crush the spirits of the nation’s youth who have not yet discovered that the government will always try to take as much as they can feasibly get away with.

Over the past several years, there has been a crackdown on child entrepreneurs. Where homemade lemonade stands and bake sales once represented the innocence of childhood curiosity, they are now being shut down by local authorities who demand these children obtain licenses before they can make a profit. But the crackdown isn’t limited to food-based businesses alone.

Just last week, a local news outlet in Alabama reported that in the city of Gardendale, teens mowing lawns for extra summer cash have been routinely stopped and accosted by local authorities for failing to obtain a government license permitting them to earn money. The license these young entrepreneurs are being asked to obtain costs a whopping $110 dollars. For these teens who are only charging about $20 per lawn, this cost is a huge burden.

Utah has taken preemptive measures to protect minors in their quest to earn money.

Highlighting just how ridiculous this enforcement of occupational licensing has been on minors, John Stossel ran a segment on his show a few years ago explaining how tedious it has become to open up something as simple as a child-run lemonade stand. In fact, if these children were to comply with state regulations, Stossel estimated it would take several months and a decent amount of cash just to open a simple lemonade stand.

Luckily, one state is taking the lead on protecting children from the long arm of the state.

The Beehive State Comes to the Rescue

Tucked away in the Rocky Mountains, the state of Utah is known as the industrious beehive state because of its tradition of hard work. While other states have been quick to shut down children wanting to learn about the free market, Utah has taken preemptive measures to protect minors in their quest to earn money.

Connor Boyack, a Utah resident and a longtime advocate for liberty has made a full-time job out of protecting the rights of Utah citizens. As president of the burgeoning Utah think tank, Libertas Institute of Utah, Boyack began running his new nonprofit from his home, while he made plans to grow his operation and find a more suitable location. It was during this time that Boyack was alerted by city officials that he was not allowed to run a business out of his home without the proper permits. Of course, as a nonprofit Boyack was not bringing in any money that was not spent directly on Libertas’ initiatives, but the city regulators didn’t seem to care about that vital detail.

Learning the hard way that you can’t fight city hall, Boyack decided to take a different approach against the burden of occupational licensing: focusing on the children.

Won't Somebody Please Think of The Children!

When compared to other states, Utah has actually been very friendly towards child-run businesses and the Libertas Institute would like to keep it that way: which is why they worked with the state legislature to craft a bill that would prevent minors from having to comply with the burdensome regulatory process.

Prior to the bill being passed, residents of Provo, Utah held a children’s market in the parking lot of a privately owned inn. Boyack’s own children participated in this endeavor, selling homemade marshmallow shooters constructed by the children out of PVC pipes. Each shooter retailed for $3 and came with a small bag of marshmallows.

Since the market took place on private property, there was not much local law enforcement could do to stop it. However, this fact alone gave Boyack inspiration for the language of the bill.

“Let’s at least give kids a taste of the free market before the crushing bureaucracy weighs in upon them.”

Originally, the bill protecting childhood entrepreneurs sought to guard home-based businesses against state intervention. However, many child-run lemonade stands are not operated solely on privately owned property. Often, these amateur businesses are operated on neighborhood street corners or sidewalks, which are unfortunately considered public property.

Perhaps the greatest aspect of this bill is that by focusing on the children, it helps entrepreneurial adults as well. Boyack was able to tap into sympathies that played well with state legislatures, after all, no one wants to be responsible for killing legislation aimed at helping children.

Senate Bill 81  amends existing laws requiring occupational licenses and permits for certain businesses, specifically those run by minors under the age of 18. However, it also helps adults by demolishing any fees associated with the required permits. True, Utah residents over 18 will still have to obtain the government's permission before operating a home-based business, but they will no longer be forced to pay exorbitant fees.

In fact, by eliminating the fees associated with home-based occupational licensing, the state of Utah stands to lose about a million dollars in annual revenue previously collected from those looking to run their own businesses out of their home.

While the overall goal is still to eliminate all occupational licenses, protecting minors in their entrepreneurial pursuits is an excellent starting point and has made a huge impact across the state.

As Boyack himself put it, “Let’s at least give kids a taste of the free market before the crushing bureaucracy weighs in upon them.”

Just a few weekends ago, Boyack worked with other parents to host another child’s market that ended up being a huge success. This time, Boyack’s own children capitalized on the popularity of “fidget spinners” and sold their own. The child markets have become so popular in Utah, there are already several others planned throughout the summer.

While protecting minor entrepreneurs may not seem like a huge deal in the long run, Boyack points out that these children will someday not only be voters, but some will be legislators as well. By teaching them about the free market now, these children may someday lead the way for a more free and prosperous Utah.