A new NBER paper titled “Why Is All COVID-19 News Bad News?” shows how US media fanned the flames of public panic.

On February 18, the Oxford Mail published an article headlined “Scientists working on a coronavirus vaccine in Oxford.”

The article explained that Sarah Gilbert, a British vaccinologist and professor at the University of Oxford, was leading a team of scientists at Oxford’s Jenner Institute in rapid development of a vaccine.

The article was short (less than 200 words), featured a quote from Gilbert, and was reported without any predictions on possible death tolls.

For months, Gilbert’s research was not covered in the US. And when US media did cover it months later, the successful track record of the Oxford researchers was downplayed, as was the possibility of getting a vaccine developed quickly.

“The earliest available (major outlet) U.S. story is from CNN on April 23rd and begins with a quote from England's Chief Medical Officer Chris Whitty saying that the probability of having a vaccine or treatment ‘anytime in the next calendar year’ is ‘incredibly small,’” authors of a new National Bureau of Economic Research paper explain.

Why all the Bad News?

The authors of the NBER paper—titled “Why Is All COVID-19 News Bad News?”—use media coverage of Gilbert’s vaccine research as a case study to highlight a larger trend: the unique way US media covered the coronavirus pandemic.

The authors of the paper—Bruce Sacerdote, Ranjan Sehgal, and Molly Cook, who hail from Dartmouth College and Brown University—analyzed the tone of COVID-19 related news articles written since January 1 and found a striking difference in the way US media covered the pandemic compared to media in other countries.

“Ninety one percent of stories by U.S. major media outlets are negative in tone versus fifty four percent for non-U.S. major sources and sixty five percent for scientific journals,” the authors concluded.

To be sure, pandemics are hardly a cheerful topic. We’re not talking about a firefighter rescuing a kitten from a tree or a local man winning the lottery. But that wouldn’t explain the discrepancy in media coverage or the fact that positive developments do occur in pandemics.

This invites an important question: how did US media respond to positive developments?

“The negativity of the U.S. major media is notable even in areas with positive scientific developments including school re-openings and vaccine trials,” the authors found. “Stories of increasing COVID-19 cases outnumber stories of decreasing cases by a factor of 5.5 even during periods when new cases are declining.” (emphasis added)

A new @nberpubs paper shows how US media created a climate of #COVID19 fear.

“Ninety one percent of stories by US major media outlets are negative in tone versus fifty four percent for non-U.S. major sources and sixty five percent for scientific journals,” the authors concluded. pic.twitter.com/wIXRQYiuKw

The trend toward pessimistic news coverage was so acute, James Freeman noted in the Wall Street Journal, that the media mostly missed the amazing vaccine development story that took place right under their nose.

As the NBER report states, US media stories discussing President Donald Trump and hydroxychloroquine alone outnumber all the stories on vaccine R&D media produced during the pandemic.

In his classic book Dune, Frank Herbert wrote about the power of fear.

“Fear is the mind-killer,” wrote Herbert. “Fear is the little-death that brings total obliteration.”

For many, 2020 has been the most fearful year of their lives. The coronavirus pandemic has brought uncertainty, change, and deadly risk. A certain amount of fear during a pandemic is warranted, of course. But there are rational ways to respond to threats and irrational ways, and that is a line America crossed in 2020.

Indeed, new research developed by scientists working with the Centers for Disease Control and Prevention suggests the virus appears to have arrived in the US in December 2019. This would mean the coronavirus was in the US for months and Americans didn’t even know it.

But once the media caught wind of the disease and fanned the flames of public panic, the fear took on a life of its own. Americans and, worse, lawmakers, began to respond to the virus in irrational ways. Basic virology went out the window as 15 days to flatten the curve devolved into a mad idea that we must close down society and shelter from the virus, unleashing unprecedented restrictions on economic freedom and destroying untold numbers of lives and livelihoods in the process.

This is the power of fear. It caused many rational people, such as Rich Lowry of National Review who in April called opponents of lockdowns “absurd,” to suddenly view the sacrifice of timeless civil liberties as entirely reasonable because they believed it would save lives.

Today, of course, we know the lockdowns were worse than useless. While they did little to nothing to slow the spread of the virus, their collateral damage speaks for itself. A global collapse in economic output. A projected 150 million people falling into extreme poverty. A historic surge in depression and social isolation that will have consequences that reverberate for decades. Millions of children thrust into learning environments that appear to be even worse than their previous situations, despite the fact that health officials have for months said closing schools is not an effective way to curb the spread of the virus.

Again, this is the power of fear, and it caused Lowry and lockdown proponents to forget an age-old truism from Benjamin Franklin.

"Those who would give up essential Liberty, to purchase a little temporary Safety, deserve neither Liberty nor Safety," Franklin once observed.

Sadly, that is usually what they get. 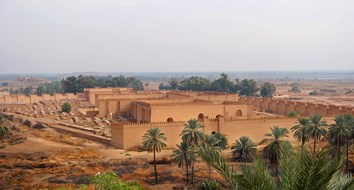