It's Literally Insane to Unleash Government against Opiates

All terrible government policies have unintended consequences. When it comes to the war on drugs, the blowback has come in the form of the opiate crisis. 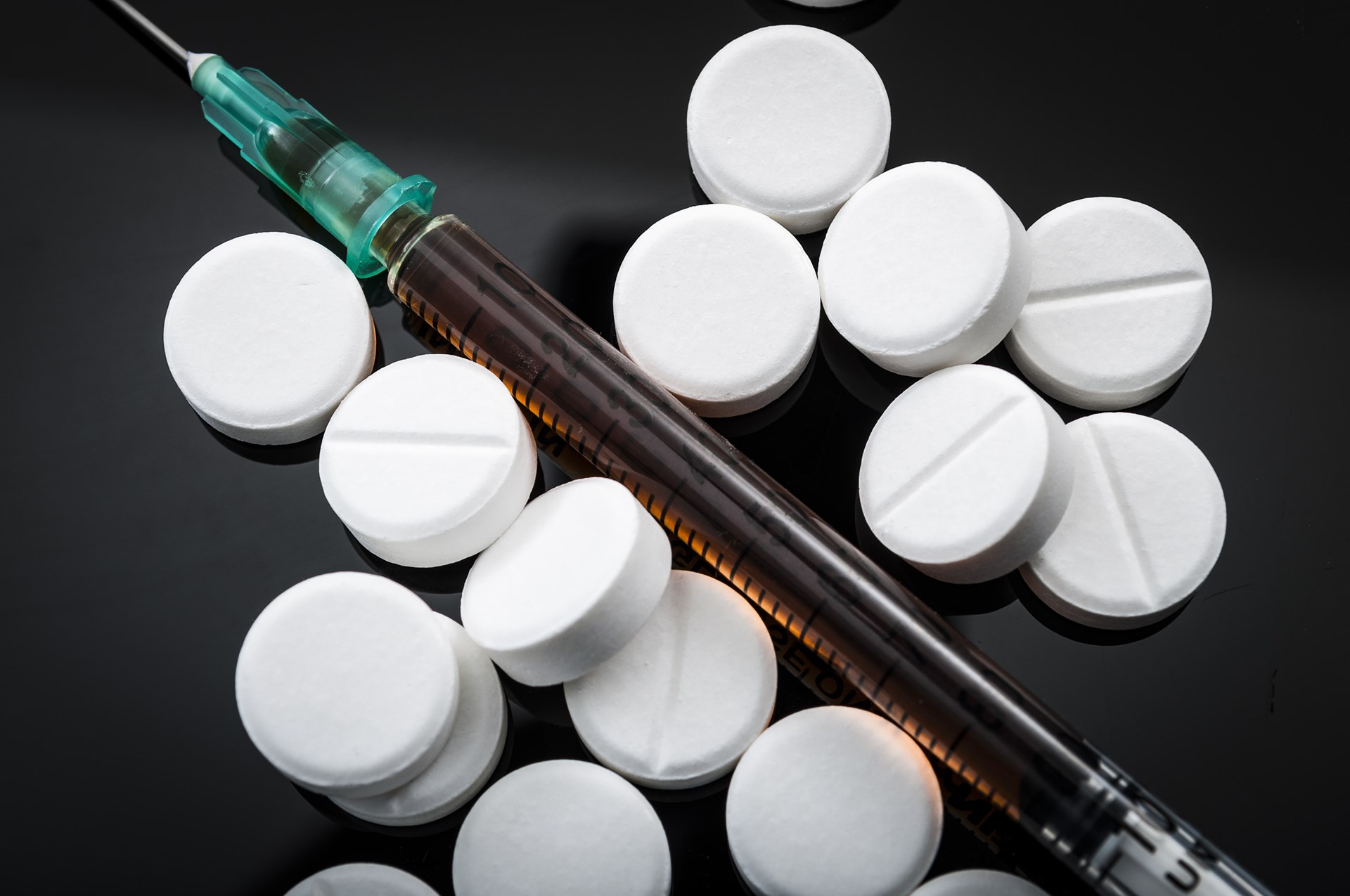 This week, Donald Trump focused all his energy on addressing the opiate crisis. Calling for enhanced “law and order” tactics, Trump promised to use the very same methods that have already proven themselves to be useless in fighting drug consumption.

"Strong law enforcement is absolutely vital to having a drug-free society," Trump said on Tuesday. "I'm confident that by working with our health care and law enforcement experts we will fight this deadly epidemic and the United States will win."

It would appear that Trump has been living under a rock for the past 30 years. As anyone who has paid any attention to the government’s failed war on drugs would know, the “law and order” approach simply doesn’t work. If it did, the opiate epidemic would have never happened in the first place.

All terrible government policies have unintended consequences. When it comes to the war on drugs, the blowback has come in the form of the opiate crisis.

Since the 1990s, the United States has led the rest of the world in opiate consumption. In 2015 alone, opiate overdoses claimed over 52,000 American lives. Unfortunately, if this trend continues down its current destructive path, research predicts that 250,000 more people will die from opiate use over the next decade. To put this in perspective, as Vox so poignantly does, these numbers are on par with losing the entire population of Baltimore, Maryland.

It is estimated that 142 people die each day as a result of opiate addiction.

Chronic pain is just as unpleasant as it sounds. As someone who personally suffers from constant nerve pain due to several herniated disks in my lower back, I can personally attest to the inconvenience this brings to many people’s daily lives. Unfortunately, when it comes to treating chronic ailments, opiates are the first line of defense.

For decades, politicians proselytized about the evils of marijuana while at the same time supporting policies that allowed big pharmaceutical companies to sweep in with these potentially deadly opiates. Boasting of their safety and affordability, opiates were to be the wave of the future in treating chronic pain.

Viewed as an easy one-size-fits-all approach to pain, opiates were miracle drugs for many physicians. Instead of having to figure out what exactly was causing the pain in each of their patients, in order to better attack the problem, they just wrote a prescription.

Relying on their doctors’ expertise and desperate to be free from pain, many patients believed they were safer taking a prescription opiate, like Percocet or Morphine. After all, their own doctors and the pharmaceutical companies themselves were telling them that marijuana was “dangerous” and “addictive,” making opiates the “safer” choice.

However, since chronic pain is just that, there was no real long-term solution for these patients. Eventually, they would be taken off the drugs and left dealing with chronic pain now accompanied by severe opiate withdrawals. For many, this was too much to bear. They had no alternatives to turn to. Instead of grappling with the pain and withdrawal symptoms, many began looking for the street version of their prescription opiates, which, more often than not, was heroin.

In the days prior to the darknet where review culture has helped consumers purchase safe drugs, those looking for opiates were forced to utilize the black market. Without any assurance or feedback on the drugs, these users had no idea what they were buying. Without a doctor’s assistance, they also had no idea how much of the drug to take.

As a result, opiate addicts began to overdose in droves. Currently, it is estimated that 142 people die each day as a result of opiate addiction. With numbers this severe it is baffling that prescription opiates are still written as often as they are. But herein lies the real problem: there are no legal alternatives thanks to the “law and order” approach to the war on drugs.

Only Alternatives Can Solve The Problem

When New York City attempted to attack its tobacco use problem, it didn't do so by simply prohibiting all related products. Instead, it made tobacco products less accessible to its residents. As a strong believer in the consumer’s right to choose what they put into their bodies, it is hard to condone policies that seek to limit access to products with high demand, as New York City did. But, there was one aspect of NYC’s campaign against tobacco that is applicable to the opiate epidemic.

The second of the two-pronged campaign to cut down on the city’s tobacco use focused on providing resources to those struggling to kick the habit. Offering phone help lines and free nicotine gum, the city felt it would be more successful if it offered alternatives to those struggling. As a result, tobacco use dropped from 21.5 percent in 2002 to 14.3 percent in 2015.

Again, I am hesitant to condone the use of tax dollars towards funding nicotine gum for the public. But offering alternative resources to addicts is something that has been unavailable to those with an addiction to opiates.

Luckily, as several states now allow for legal marijuana use, those with an addiction to opiates have found an alternative to treating pain. According to research conducted at the University of California San Diego, in states where marijuana has been legalized, hospitalizations due to excessive opiate use has dropped by an average of 23 percent.

While this should be cause for celebration, Attorney General Jeff Sessions would rather see a continuation of “law and order” and does not seem to take this research seriously. Clinging to his outdated ways, Sessions said earlier this year:

“I am astonished to hear people suggest that we can solve our heroin crisis by legalizing marijuana — so people can trade one life-wrecking dependency for another that’s only slightly less awful.”

Unless there is classified government research that can attest to marijuana usage being only slightly less harmful than opiates, Sessions claims hold no ground. But unfortunately, his high-ranking position does give him the arbitrary authority to go after those who choose marijuana over heroin.

If crackdowns are amped up, our prison population will continue to skyrocket.

Marijuana is still very much illegal on the federal level. Even with victories in several states, Attorney General Jeff Sessions seems hell-bent on making sure he can ride this drug war train for as long as he possibly can. But as long as pot continues to be illegal, chronic pain sufferers are left with very few options.

Thanks to the strict policies associated with the war on drugs, i.e. mandatory minimums, those willing to risk the illegality of purchasing marijuana face potentially life-destroying consequences. Not only could using marijuana for pain management land someone in prison, it also jeopardizes their very existence.

Bureaucracies are not competent. Drug raids go wrong all the time. Whether it be the wrong house or perhaps not realizing that there were children inside, many innocent people have lost their lives over something as personal as choosing what goes inside their own bodies.

This, is what “law and order” reaps.

When the risks outweigh the benefits, patients are going to stick to what is easier. Unfortunately, that means opiate use. Unlike weed, opiates have no potent smell, so they cannot be detected as easily. This makes it much easier to sneak opiates into the country without the risk of being caught.

Essentially, the continued demonization of marijuana is incentivizing both opiate sales and opiate use. Unless you live in a state where marijuana is legal, there is no alternative for the treatment of pain. These policies that Trump and others push are doing nothing but exacerbating the problem.

If efforts are amped up, as Trump has promised, our prison population will continue to skyrocket and addicts will not receive the treatment they need.

The definition of insanity is trying the same thing, in the same manner, over and over again and expecting different results. We have already gone down this path. We know the destruction these strict policies have on the actual addict. Why then, should Americans view Trump’s new stance as anything more than an insane attempt at solving the opiate epidemic.