Those who want to help people escape tyranny around the world should do so at their own risk. 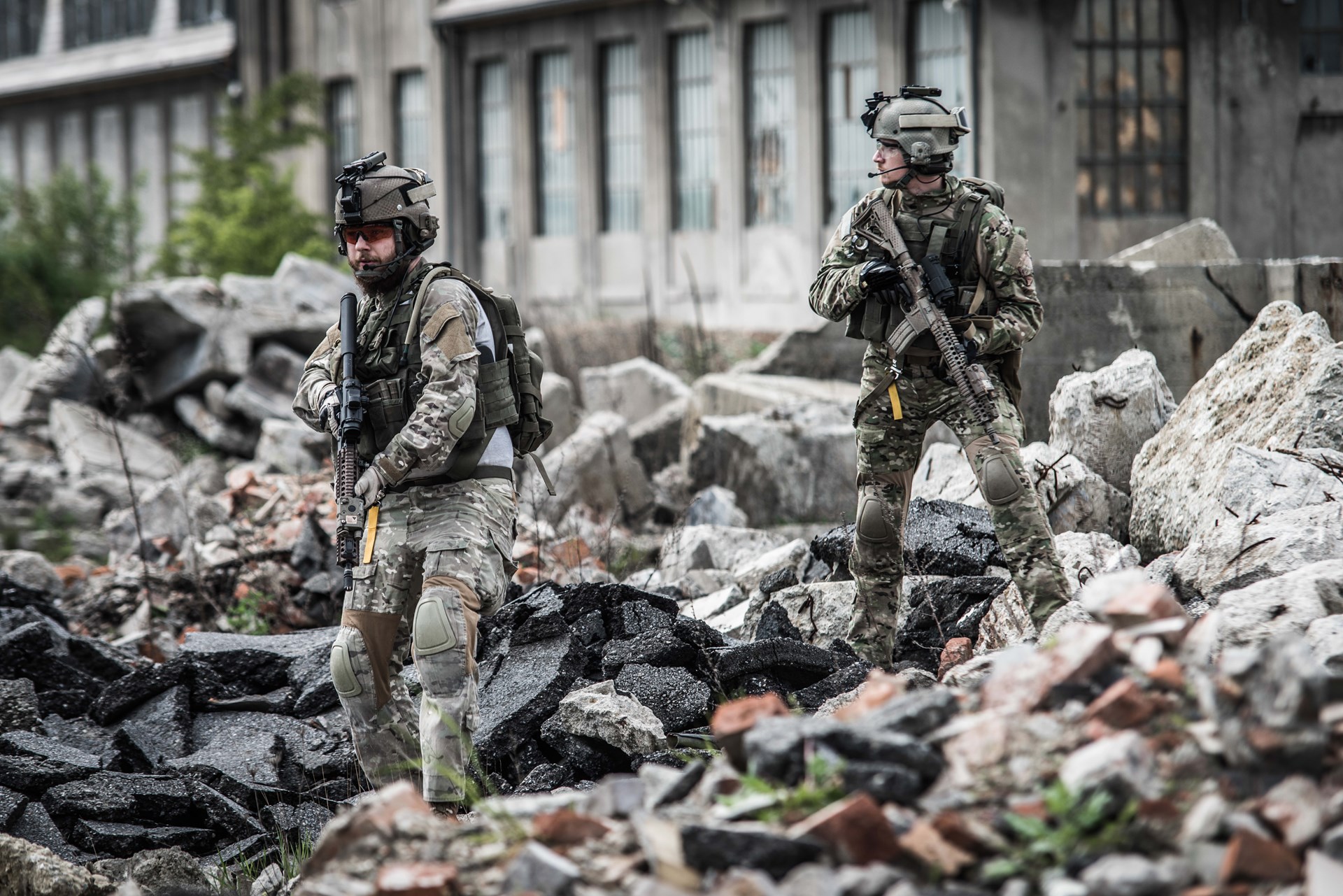 Republican presidential candidate, Donald Trump, has caused an uproar in American foreign policy circles by challenging existing forms of U.S. participation in a variety of military and political alliances in Europe and Asia, including NATO.  But in spite of impressions in the media, Trump is not an isolationist, but an extremely aggressive advocate of American interventionism.

The self-proclaimed “master of the deal” is not calling for America to withdraw from the world. Instead, Trump wants to renegotiate the terms under which the United States entangles itself in global affairs. Thus, in a recent interview with The New York Times, he again argued that a number of European members of NATO are failing to pull their financial weight in contributing to the alliance, and if they do not begin to do so, as president of the United States he might not feel obligated to defend them.

Trump’s major complaint, it seems, is not American military involvement in the affairs of other countries, but the terms under which the United States makes its monetary and military contributions in doing so. He, apparently, only wants other countries to spend more on defense, and in the case of NATO, he wants other member countries to devote around two percent of their respective GDP to military preparedness so they get less of a free ride at America’s expense.

Trump just wants to disentangle some of the knots and retie them into what he views as prettier bows serving his concept of “America’s interests.”

He has called for a swift and strong American military intervention to try to destroy the Islamic State, but he has not made it completely clear whether this would be solo or in conjunction with other nations.

On the economic front, Trump has promised to potentially initiate trade wars with China and any other countries that he determines are “taking advantage” of the United States under various existing trade agreements. Like in a military conflict, he considers trade relationships with other countries to be zero-sum games; that is, if one country wins it must mean that another loses.

For Donald Trump, “America First” does not mean isolationism, but using U.S. diplomatic and military might to get better deals based on what he considers the “national interest.” To achieve this, his rhetoric has made it clear that he would be a strong “foreign aggressor” to get his way, when he deems it necessary.

He is not against political and military foreign entanglements. He just wants to disentangle some of the knots—existing relationships and agreements that the United States has with other countries—and retie them into what he views as prettier bows serving, again, his concept of “America’s interests.”

Democrats and Republicans, Foreign Interveners All

In this he is merely the other side of the same coin with Hillary Clinton. She has attempted to assure the domestic foreign policy experts and advisors along with their counterparts in other countries that she will continue to have America serve as a global constable, using its political, economic and military potential to serve as “community organizer” to socially engineer other parts of the world to fit the prejudices and presumptions of those who claim to be the “experts” on how to micro-manage the fate of the world.

Whether under Clinton or Trump, American foreign adventurism of one type or another will continue as before.

As the Bible says, by their fruits you will know them. It is not surprising that so many ordinary citizens on both the political “left” and “right” have grown tired, impatient and frustrated with the Democratic and Republican parties consensus that has prevailed most of the time since the end of the Second World War. Part of the frustration has manifested itself among the supporters of both Donald Trump and Bernie Sanders during the presidential primary season of 2016.

For a decade and a half, regardless of which political party has held the majority in the two houses of Congress or who has sat behind the desk in the White House oval office, America has undertaken disastrous foreign interventions following the tragic and terrible events on September 11, 2001.

Determined to punish those accused of harboring the perpetrators of 9-11 in Afghanistan and to overthrow a tyrant in Iraq falsely accused of possessing “weapons of mass destruction,” tens of thousands of U.S. military personnel and an estimated $4 trillion of taxpayers’ money have been thrown into the vortex of conflict in the Middle East.

The end result: hundreds of thousands of lives lost or ruined in these countries, a shattering of the social and political structures in these lands, religious extremism and fanaticism enveloping the region, and no end in sight to the turmoil and instabilities set loose by America’s twenty-first century foreign adventures.

Whether in the form of Hillary Clinton’s devotion to foreign policy social engineering and elitist paternalism or Donald Trump’s “America First” policing and manipulating of other parts of the world as long as the “deal” to do so is considered a good one, American foreign adventurism of one type or another will continue as before.

Maybe it is time to stop and rethink the entire notion of government foreign political and military intervention. Maybe we should look “outside the box” and consider a radical alternative. What about “privatizing” foreign policy?

It should be a matter of personal conscience and choice to assist those in other lands who need and deserve outside help.

For the advocate of individual freedom, the role of government in a free society is the protection of the citizenry’s life, liberty, and property from force and fraud. It is not the role of government to make over the society, regulate the affairs of the people, redistribute wealth, or compel people to live differently than they peacefully and honestly choose to do.

The same rule should apply in to the foreign relations of the United States with the rest of the world. Just as it is inconsistent in the free society for the government to “intervene” in the personal affairs and voluntary associations of the citizenry, it should likewise not be the business of the United States government to intervene in the domestic affairs of other nations.

Of course, the immediate response is likely to be: Are there not injustices in the world? Do not “bad men” do bad things to the people of other countries? Yes. But just as in the free society concerns about the hardships and tragedies of one’s fellow citizens should be a matter of charity and voluntary community efforts to try to alleviate the misfortunes of those who might reasonably need help, it should be a matter of personal conscience and choice to assist those in other lands who need and deserve outside help.

...neither would American fathers, mothers, sons, or daughters be sent off to fight battles that they do not consider just or justifiable.

In the nineteenth century, American adventurers and idealists travelled to South America to assist the peoples there to overthrow Spanish rule and become independent countries. In the 1930s, hundreds of American “leftists” volunteered and fought as private citizens on the anti-fascist side in the Spanish Civil War. In the 1980s, American anti-communists donated large sums of money to support the “Contras” who were fighting the Soviet-backed Sandinistas in Nicaragua; and they would have privately supplied military aid as well, if the U.S government had not prevented it.

By privatizing foreign policy in this way people’s personal desires to reach out to help those in other parts of the world who may be fighting domestic oppression or foreign invaders is not turned into “affairs of state” that drag the entire United States into foreign wars and conflicts that do not involve any attacks or clear and present threats to the territory of the nation.

Under a privatization of foreign policy, those in America who may not support the foreign cause are not compelled to pay the taxes to fund it, neither would American fathers, mothers, sons, or daughters be sent off to fight battles that they do not consider just or justifiable.

Those who wish to contribute money, send material and supplies, or even offer to fight on behalf of that foreign cause – for free or for money – would be free to do so. But, at the same time, they cannot expect to “Marines” to come to their rescue or the U. S. government to go to war on their behalf.

Private Volunteers and the Anti-Islamic State Cause

One retort might be to point to the thousands of people from the West who have traveled to Syria to join the Islamic Republic, who are trained in military warfare and methods of terrorism, as well as a totalitarian version of Islam. What has been given far less notice and attention are the hundreds of people from Western countries including the United States who have gone to the Middle East to fight against the Islamic State along side of the Kurdish and other forces in Syria, as was recently highlighted in The Atlantic.

All steps throughout history toward freedom for the individual and less power and control by the government have initially seemed "utopian."

Some commentators have criticized the poor or lax training before sending these volunteers into combat, or the “adventurist” motivation of some of them. Others have pointed out the dedicated determination of those who have traveled to Syria precisely because they consider it a worthy cause to risk or even give their lives to fight the Islamic State’s totalitarian theocracy, and to prevent the slaughter, torture or enslavement of innocent men, women and children.

But what is important is that it is their decision and choice. They travel at their own expense, usually bringing some or all of their own supplies, and offer their personal services in this far away land. They do not drag the other citizens of their home country into a war which most others are not willing to risk their lives and fortunes to join.

No doubt, the suggestion to “privatize” foreign policy in this way will be viewed by many as shocking or “utopian” and unrealistic or unworkable. But all steps throughout history toward freedom for the individual and less power and control by the government have initially seemed that way.

Simply because government has monopolized some economic or social activity in the past does not mean that it could not be freed from political control and regulation and shifted to the private sector. That is how free competitive enterprise came about.

The free society of the future should include the freedom of individual choice and association in following a “foreign policy,” as well. Then there would be no “national debate” about bombing Syria, or which opposition group in that country to support or not support. It would be none of the government’s business. It would be the private affairs of individual citizens, and not “reasons of state.”