Isn’t it beautiful how politics brings us all together? 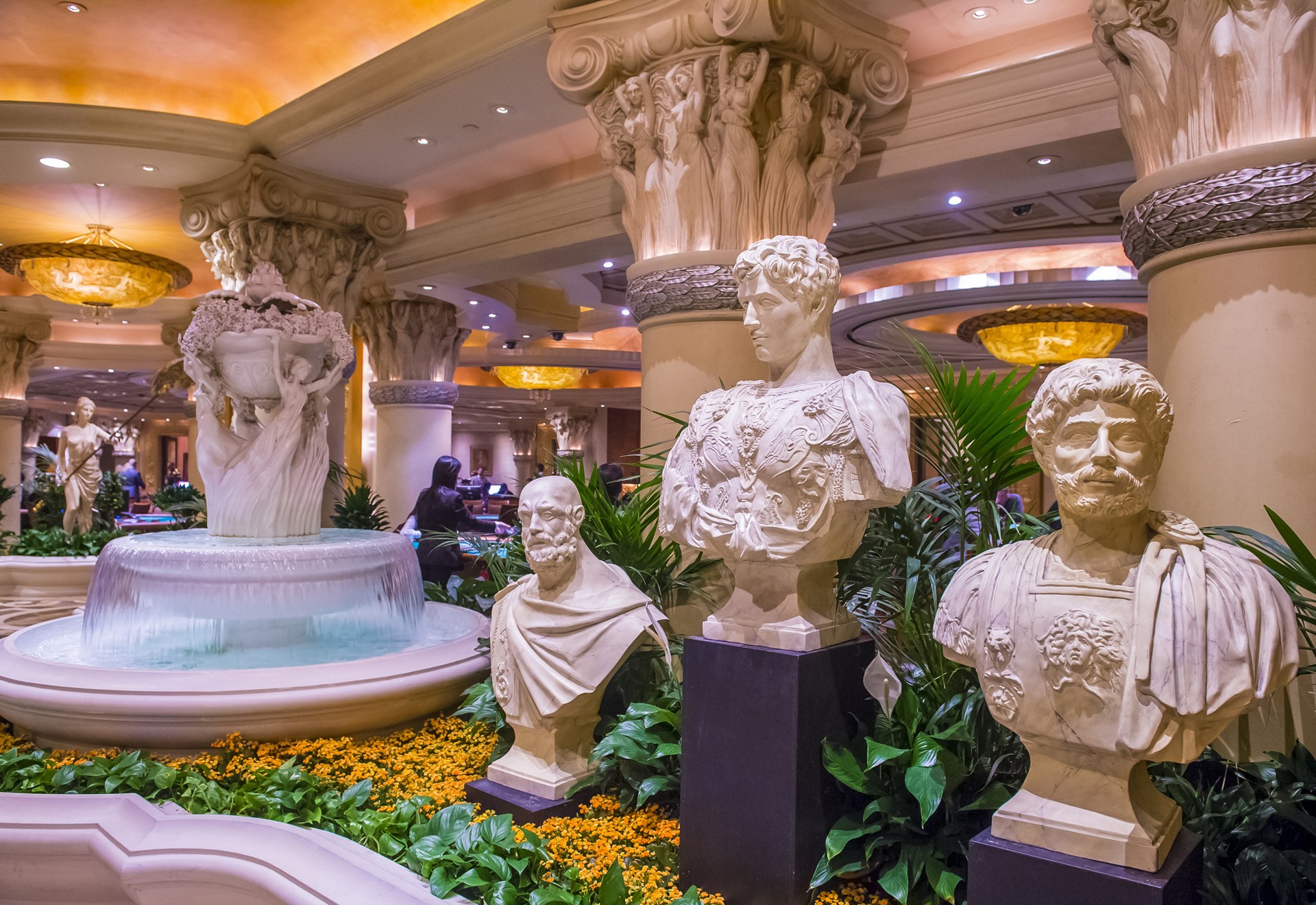 Presidents like to make everything about them, but to avoid the appearance of hubris, they cloak themselves in the symbols of the nation, especially the most revered symbol of any democracy, “the people.” They would like us to believe we all reside in the shadow of their symbolic greatness because, after all, their greatness is our greatness.

Of course, there are partisans who will argue if the current silhouette enveloping the nation is a good or bad development, but they all agree the presidential shadow stands tall as a symbol of the people.

Presidents like to make everything about them except when it may reflect on them negatively.I must commend these folks. The fact that this shadow game is a bunch of hooey—a sham these people themselves help perpetuate—doesn’t seem to have entered their minds. They are undeterred in their belief that one person can represent and effectively serve the needs of all the people, all the time.

I wish I could believe something so palpably untrue, but I remain a skeptic. If we stand in the shadow of power at all, it’s not merely that of a given president, and it certainly doesn’t symbolize “our” greatness. No, where we stand, there the shadow of the state falls, and it is the foundational mythos of the state that allows presidents, for better or worse, to loom so large in the minds of the public.

Whereas presidents pretend it is all about them--claiming so much while taking so little responsibility for the harms they commit--the state proves itself to be the true selfish giant time and time again, willing to admit even its evils necessary for the good of all.

All About That POTUS

That said, allow me to amend my original statement. Presidents like to make everything about them except when it may reflect on them negatively.

They are more than happy to take credit for anything good under the sun, but they eschew any responsibility when their name is potentially to blame for some slight discomfort or calamity. They and their supporters love to paint a picture of a lovely present and hopeful horizon no matter how ugly and bleak the present reality may be. They would have you believe the entire nation was in a season of perpetual rebirth during their reign, full of honeysuckle dreams and big rock candy mountains.

Eternal detractors of a given president do just the opposite. They lay every awful thing in the world at the feet of a president they love to hate. Even when nothing has yet come to pass, these malcontents can’t seem to taste the sugar in their coffee no matter how many spoonfuls find their way into their morning mugs. No, their cups are always full of bitterness. To them, the world is bleak and bleaker still—the birds forget to sing, the flowers fail to bloom, and baby animals lose their usual cuteness—all because the wrong person resides at 1600 Pennsylvania Avenue.

But, in truth, it’s not really about the warm body in the presidential chair. It’s not about presidents and their bootlickers taking too much credit or an intransigent opposition ascribing too much blame, even when either is warranted to some degree. To me, it’s about freedom versus power and how the shadow of the state will affect the lives and liberty of billions at home and abroad.

Let personality and pride be damned.

In Arguing Over Personalities, We Lose the Substance

The more people look to support or oppose some personality, the less honest and charitable they will be in respect to the free exchange of ideas. The more people look to Team A or Team B, the less they will pay attention to what’s actually happening on the playing field let alone how bloody the game is for all involved in the first place. Too many people look at the scoreboard first only to create their own play by play after the fact.

For instance, when President Obama signed the Affordable Care Act, many people seemed to find it more important to blame and brand his name on the law rather argue why it would be a travesty. Even though this may have been proved an effective electoral strategy, helping propel Trump to victory this November, the GOP’s replacement plans for the ACA are still opaque at best. Beyond the dirty pool of electoral politics, Obamacare wasn’t really about Obama; it was about the further encroachment of the state into people’s healthcare, eroding people’s freedom of choice as well as an efficient economy of quality healthcare goods and services.

And, so it is with any presidential policy or any government action—I care little who or what party infringes people’s unalienable rights, but I care about the infringement all the same.

The Shadow of Trump

We can already see the presidential shadow game has begun for Donald J. Trump. The man hasn’t even been sworn into office and yet battle lines are being furiously drawn in headlines, nightly news reports, morning shows, and tweets. And the factions are being partitioned based on variations of one simple question—are you for or against soon-to-be President Trump?

Of course, the president-elect will get the headlines. Of course, personality will dominate the news cycle. Of course, the presidency has a huge impact on the lives of people, but the few weeks since Trump’s victory have clearly been a hibernation period for discussing “big league” ideas in much of the political press (though maybe it’s been a longer winter for robust discourse than I am letting on.)

You can praise Trump for a particular policy without wholly supporting him, and you can chastise Trump for a particular policy without wholly opposing him.It’s not surprising, though, as no actual governing has yet begun. All we have is speculation over the Donald’s tall shadow. This makes it a dangerous time to be a non-partisan. Even when one tries to offer an honest appraisal of policy, the shadow of Trump finds a way to turn people deaf, dumb, and blind. Rather than arguing actual points of difference, many people seem to prefer foaming at the mouth while branding those who trigger them with ideas contrary to their preferred tribe as a “mainstream media liar” or “racist” or “hysterical liberal” or “Trump normalizer” or “cuckservative” or “fascist.”

Isn’t it beautiful how politics brings us all together?

It seems people would rather damn their opponents than engage in sober discussion. Why? Because our political system (and Trump himself) encourages us to bicker over shadows rather than substance. Such discord is a feature, not a bug, of American politics. It allows people to let off steam against this leader or that party while never focusing their scorn at the state itself.

It’s Not About Trump

So, say it with me loud and clear from the rooftops—it’s not about Trump!

When Donald Trump tweeted that those who burn the American flag should serve prison time or lose their citizenship, it wasn’t about opposing Trump; it was about defending the first amendment from yet another nationalist politician (Hillary Clinton once played this game) who thinks he can boost his approval ratings by being such a patriot that he is willing to burn the Bill of Rights.

When Donald Trump called for 35% tariffs, it wasn’t about criticizing Trump; it was about the right of Americans to trade as they wish and the opportunities the global economy offers all of us to compete for our own enrichment while enmeshed with the good of all through the international division of labor. And when Donald Trump said in the same tweet he wants to reduce taxes and regulatory burdens on businesses at home, it wasn’t about defending Trump; it’s about setting the American economy free from the heavy hand of government planning and control.

Most importantly, when Donald Trump received a call from the President of Taiwan and sends out a tweet criticizing China’s military activities in the South China Sea, it’s not about opposing or supporting Trump. It’s about carefully unwinding the tangled knot that is the rise of China. It’s about avoiding the Thucydides trap.

My approach is not to forever stand for or against Trump as the great messiah or the new political evil.Yet, as an example of personal frivolities trumping policy, Matt Lauer decided to press Trump in a recent interview about using Twitter and watching Saturday Night Live rather than asking Trump about his approach to China when it comes to trade and military policy. Apparently, Lauer is so obsessed with Trump’s communication methods—it seems he and the rest of legacy media are quite nervous they will soon be obsolete—he has forgotten the actual stakes of the US-China relations.

The list could go on and on and will grow ever longer once Trump starts governing.

My approach is not to forever stand for or against Trump as the great messiah or the new political evil. Use your independent mind to stand for liberty and prosperity, supporting or opposing policies for the sake of these ends. Find intellectual independence from political factions and the shadow of Trump’s presidency.

As Ludwig von Mises said of the cause of liberty, “Liberalism...has no party flower and no party color, no party song and no party idols, no symbols and no slogans. It has the substance and the arguments. These must lead it to victory.”

In quarreling about the shadow we often lose the substance—or, in this case, our liberty.

I leave you with this from Aesop’s fables:

A traveler hired an Ass to convey him to a distant place. The day being intensely hot, and the sun shining in its strength, the Traveler stopped to rest, and sought shelter from the heat under the Shadow of the Ass. As this afforded only protection for one, and as the Traveler and the owner of the Ass both claimed it, a violent dispute arose between them as to which of them had the right to the Shadow. The owner maintained that he had let the Ass only, and not his Shadow. The Traveler asserted that he had, with the hire of the Ass, hired his Shadow also. The quarrel proceeded from words to blows, and while the men fought, the Ass galloped off.

In quarreling about the shadow we often lose the substance.