Is The Presidency Getting Too Attractive?

If we can reduce the power of the presidency to constitutional levels, it may not be worth the effort for the power-hungry, the social climbers, and the money-grubbers. 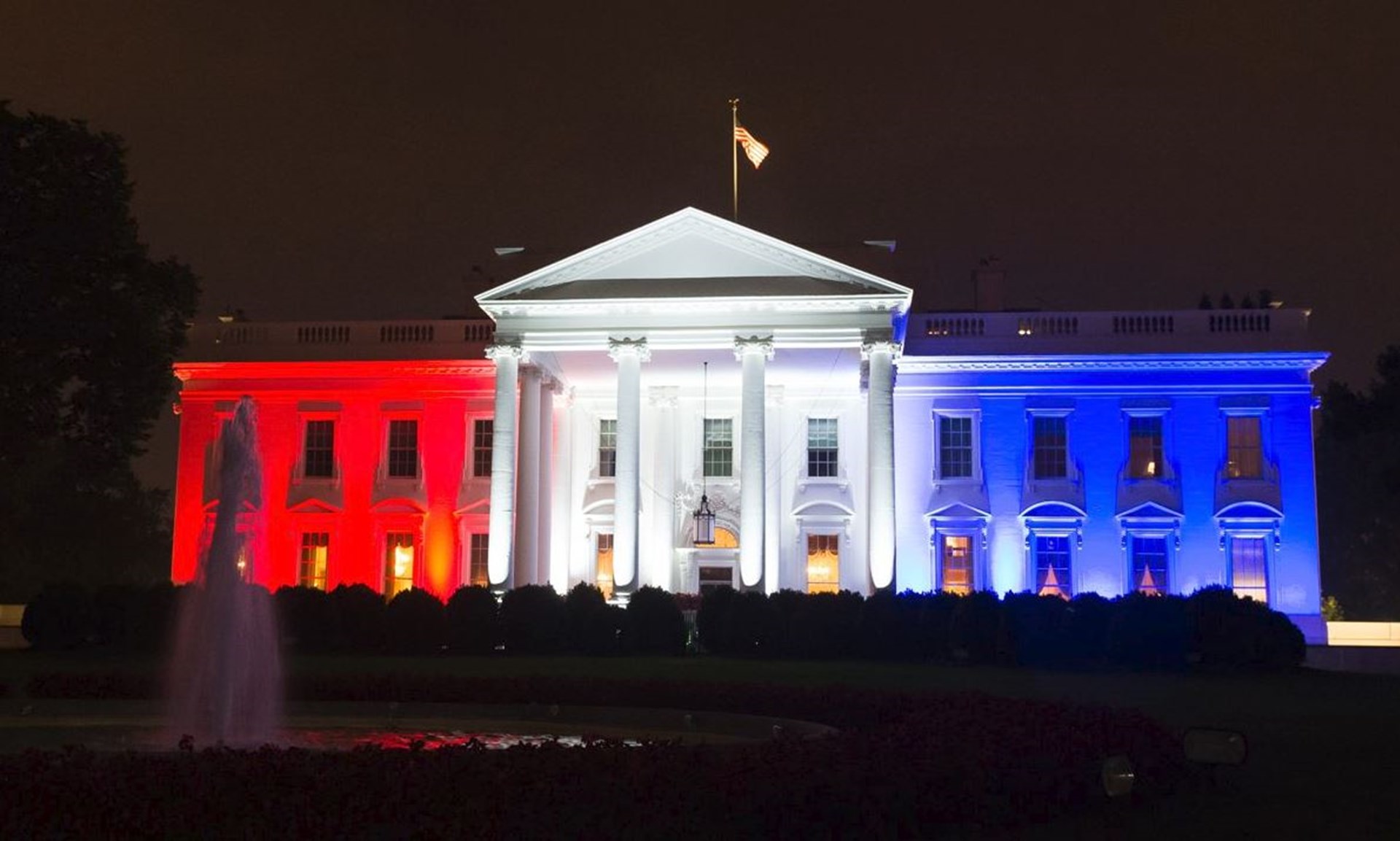 Imagine you are applying for a new job. The selection process is viciously competitive and will last for two years. During that time you will endure a relentless travel schedule, hostile interviews, invasive background checks, public humiliation, personal insults, and anonymous death threats. Why would you put yourself through this?

Because the job is president of the United States, and the payoff is huge.

Sure, some people run for president because they feel called to make the country a better place, but not everyone’s motives are noble.

"Race to the Bottom"

Despite the physical rigors and personal indignity, more people than ever are willing to throw their hats into the ring. In August 2015, Republicans opened their primary debate season with a record-shattering 17 candidates. On June 26 of this year, Democrats began their debate season with 24 candidates.

More choices should be better for the voters.

Over the last century, the presidency has changed in ways that make it attractive to the wrong kinds of people.

Surprisingly, though, the wide range of options has not yielded the best or brightest. The 2016 contest between Donald Trump and Hillary Clinton was sometimes described as a “race to the bottom.”

And as for this year’s Democrat primary contenders? There are no apparent shining stars—just a lot of pandering, identity politics, and plans for bigger government.

Over the last century, the presidency has changed in ways that make it attractive to the wrong kinds of people. It satisfies some of the worst of human desires: power, fame, and money.

The Executive Office Has Become Too Powerful

Some candidates aren’t interested in serving their country. They’re interested in power: the power to make war, change laws, and remake the nation in a way they see fit.

The Founding Fathers deliberately designed a weak role for the presidency. Presidential powers were limited to directing the executive branch of the government, commanding the armed forces, and signing or vetoing legislation.

Presidents have chipped away at the limits to their power by creating federal regulatory agencies. These agencies are led by presidential appointees and create regulations, which carry the force of law, without a congressional vote. Grover Cleveland signed into law the first of these, the Interstate Commerce Commission (ICC), in 1887. Franklin D. Roosevelt created many regulatory agencies as part of his New Deal programs, including the Federal Deposit Insurance Corporation (FDIC), the Securities and Exchange Commission (SEC), the Federal Housing Administration (FHA), and the Farm Security Administration (FSA). Richard Nixon established the powerful Environmental Protection Agency (EPA). These agencies have taken on a life of their own, but at least their directors require Senate confirmation.

The balance of power envisioned by our nation’s founders is shifting, one piece at a time.

This is not the case with all executive branch positions. The appointment of so-called “czars” has afforded presidents an end-run around the Advice and Consent rules in the Constitution. Franklin D. Roosevelt was the first president to use the unofficial title, appointing 11 czars. Each subsequent administration kept their czars in the single digits until George W. Bush, who had 33. Barack Obama currently holds the record with 38 czars, all appointed with no congressional oversight.

The president’s ability to wage war on behalf of the United States has expanded beyond all constitutional limits. Congress is granted the power to declare war under Article I, which then authorizes the president to direct the armed forces. Harry S. Truman was the first to disregard this restriction, sending troops into Korea without congressional approval in 1950. He justified his actions through a United Nations Security Resolution. Bill Clinton would later do the same in Kosovo in 1999. While Congress has authorized many military interventions, they have not officially declared war since World War II.

After Richard Nixon’s secret bombing of Cambodia, Congress passed the War Powers Act of 1973 in an effort to reclaim some control over military force. This law requires the president to notify Congress within forty-eight hours of military action and demands the withdrawal of troops within 60 days unless otherwise authorized by Congress. Bill Clinton first violated the War Powers Act in Kosovo. Barack Obama did the same with airstrikes on Libya in 2011. Obama asked Congress to authorize military intervention in Syria in 2013, which they denied. He sent in ground troops, anyway, in violation of the War Powers Act. Donald Trump later compounded this violation by firing Tomahawk missiles at a Syrian airbase. Congress has done little to discourage these oversteps.

The balance of power envisioned by our nation’s founders is shifting, one piece at a time. As more power is centralized toward the presidency, it will attract the kinds of people who are likely to abuse it.

The Cult of Celebrity

The adoration of the public can be a potent drug. The influence of television combined with America’s obsession with celebrities has made the presidency a tempting prize for an egotist.

On September 28, 1960, the first televised presidential debate aired on CBS, setting in motion a transformation of the presidency as we know it. A tan, smiling senator named John F. Kennedy faced off against Vice President Richard Nixon, who was pale, sweating, and sporting a five o’clock shadow. Nixon’s lead in the polls evaporated soon after the event, and Kennedy went on to win the election that November.

Kennedy continued to cultivate his public image during his presidency. A friendly press commented repeatedly on his youth and “vigor,” even as he secretly suffered from Addison’s disease and severe back pain. Magazines featured photos of his family boating or playing touch football in Hyannisport. He chummed around with Frank Sinatra and the Rat Pack, and rumors swirled about his suspected affair with Marilyn Monroe.

After Kennedy’s assassination, his movie star presidency was cemented into the American psyche with Life Magazine’s memorial issue. It contained a photo collection of his beautiful widow and young children, as well as a pivotal interview in which Jackie referred to the Kennedy White House as “Camelot.”

Politics and entertainment have always overlapped, but the lines are now blurred more than ever.

Less than 20 years later, Americans elected an actual movie star, Ronald Reagan, as president. Although he had executive experience, his acting chops helped with the public side of the job. He became known as “The Great Communicator.”

Bill Clinton upped the ante during his campaign by playing the saxophone on late-night television. The press compared him to Kennedy based on his relative youth (and infidelities). A charming picture surfaced of 16-year-old Clinton shaking hands with then-President Kennedy, just in case anyone missed the resemblance. Like Kennedy, Clinton also enjoyed a close friendship with Hollywood’s elite.

Barack Obama leveraged emerging social media to become the biggest superstar to grace Pennsylvania Avenue. Big names like Oprah Winfrey and Tom Hanks campaigned for him. State dinners looked like the Golden Globes, with A-listers like Bradley Cooper and George Clooney in attendance. Presidential candidates had appeared on late-night talk shows since the 1960s, but Obama was the first sitting president to do so in 2009.

Politics and entertainment have always overlapped, but the lines are now blurred more than ever. Looking back, the election of a reality TV star seems inevitable.

Being the president may well be the toughest job out there, but the tenure is short. Those who can survive the eight years stand to make a killing in the private sector. The power bestowed on sitting presidents can be parlayed into big bucks when they leave office.

In 1958, Congress passed the Former Presidents Act, which provides an annual pension to presidents when they leave office. Today, that pension is $207,800 per year for life. If this doesn’t sound like a ton of money, it isn’t—especially when compared to opportunities in the private sector.

Book deals have become routine for presidents once they leave office. Bill Clinton has earned an estimated $38 million in sales from his five books, and George W. Bush raked in $7 million from just one book. Eight years can be a small price to pay for a candidate who is eager to be a multimillionaire.Barack and Michelle Obama made news in 2017 when they signed a record $65 million joint book deal with Penguin Random House.

Another way for a former president to cash in? Speaking tours. Gerald Ford was the first to exploit this opportunity, collecting around $40,000 per speech. Ronald Reagan later dwarfed this figure, earning an astonishing $2 million for a week-long speaking tour in Japan in 1989. George W. Bush commands $150,000 per speech. Bill Clinton charges anywhere from $250,000 to $500,000 per speech and once famously earned $750,000 for a speaking engagement in Hong Kong. Barack Obama makes about $400,000 per speech.

There are also more creative ways to trade on presidential influence. Gerald Ford endorsed a presidential coin collection from the Franklin Mint, and Richard Nixon accepted $600,000 to be interviewed by David Frost. Jimmy Carter teaches at Emory University, and Bill Clinton racks up billable hours as a consultant. Obama’s production deal with Netflix could potentially bring in millions.

Eight years can be a small price to pay for a candidate who is eager to be a multimillionaire.

Irresistible for All the Wrong Reasons

Today, the United States presidency is more powerful, more idolized, and more lucrative than ever. Is anyone surprised that it might be desirable to unscrupulous people? What can be done about it?

Once regulatory agencies are in place, they are hard to tear down, but it’s not impossible. We should support candidates who promise to downsize these bloated bureaucracies. Congress can and should guard their power over military force. If they don’t, we must hold them accountable at the ballot box.

It’s time to repeal the Former Presidents Act. They can obviously survive without a pension.

If we can reduce the power of the presidency to constitutional levels, it may not be worth the effort for the power-hungry, the social climbers, and the money-grubbers.

Presidential elections should not be life-changing events. On a daily basis, the president should not affect our lives. We should support legislation that takes decisions away from Washington and returns them to the states.

We should stop treating our presidents like celebrities. We don’t call the president by some grand title like “Your Highness.” We call him “Mr. President” because he is simply a citizen doing a job—just like the rest of us. Let’s treat him accordingly. Free people do not fear their leaders, but they do not worship them, either.

If we can reduce the power of the presidency to constitutional levels, it may not be worth the effort for the power-hungry, the social climbers, and the money-grubbers. Perhaps we can someday vote for a candidate who is worthy of the office.

Shawnna Morris is a delivery courier and author at Cold War History blog.