If Profit-Sharing Leads to More Profit, There’s No Need to Mandate It

The notion that corporations should be forced into profit-sharing runs counter to a basic libertarian principle: good ideas don’t require force.

The Conversation has a new article based on research from Rutgers University demonstrating the benefits of corporate profit-sharing. The authors state:

[W]e found that companies that offered workers both equity compensation and profit sharing performed statistically better than the others on a variety of measures. For example, their workers were substantially more likely to say that their company had a collaborative management culture, that they were getting a fair share of compensation and that their company was an ‘excellent place to work.’ They were also much more likely to say they intended to stay for a ‘long time.’

All of this translated into better results for the companies as well. Specifically, we found that businesses offering these benefits had a much lower voluntary turnover rate – workers were half as likely to leave – and a return on equity 12% higher than their peers.

The findings are interesting and not necessarily counterintuitive. It stands to reason that workers could be more productive and less likely to leave a company when profit-sharing is offered, whether in the form of ESOPs (Employee Stock Ownership Plans), cash bonuses, or some kind of DPSP (Deferred Profit-Sharing Plan).

As any student of economics knows, incentives matter. They “are the cornerstone of modern life,” Steven Levitt and Stephen Dubner contend in their bestseller Freakonomics.

The authors of the article—Joseph Blasi, Douglas L. Kruse, and Maureen Conway, all Rutgers faculty—say the findings suggest that profit-sharing is a clear win-win.

Bottom line: Sharing the fruits of a company’s success with workers makes the latter happier while helping—or at the very least not hurting—the former’s profitability. On top of all this, these kinds of shared capitalism can reduce inequality.

If that’s not a clear win-win for all involved, we don’t know what is.

There is no reason to doubt the research or the conclusion that profit-sharing is or can be a “clear win-win” in many instances. Where the authors stumble is when they state, “That’s why we believe the government could do more to encourage [profit sharing]... .”

First, it’s unclear why the government would have to mandate or “encourage” a policy that is a win for employees and employers alike. Second, the timing of the article is noteworthy.

Last week, reports emerged saying 2020 presidential contender Sen. Bernie Sanders is preparing to release a plan that would mandate employee ownership of corporations. This is a radical idea.

At Vox, Dylan Matthews calls the proposal "Bernie Sanders’s most socialist idea yet” and notes (with apparent cautious enthusiasm) that polls suggest 55 percent of Americans support “a policy requiring companies with over 250 employees to put 2 percent of their shares into a workers fund each year."

In contrast to the win-win language of the Rutgers faculty, Matthews uses class conflict language. He suggests that mandating employee ownership of big companies is viewed as appropriate because “taking control of major corporations away from the forces of capital is necessary if various other egalitarian policies are going to survive.”

To be clear, the Rutgers faculty are not advocating forcing corporations into employee ownership agreements. Rather, they propose “offering tax incentives to both large public companies and small businesses to share profits or create employee share ownership plans.”

Sanders approach—mandating employee ownership of big companies—seem to ignore the key findings of the Rutgers research.

This is a more benign form of central planning than the Sanders plan. But both the Sanders approach—mandating employee ownership of big companies—and the one offered by Rutgers faculty—using government to “encourage” profit sharing—seem to ignore the key findings of the Rutgers research.

The study suggests that employees want to work for employee-owned companies, that workers are less likely to leave if they do, and that companies that offer ESOPs benefit from greater worker productivity and higher profits. These are all wonderful incentives for corporations to offer profit-sharing. This is evidenced by the very fact that more than 10 million workers are active participants in ESOPs offered by more than 6,000 companies. 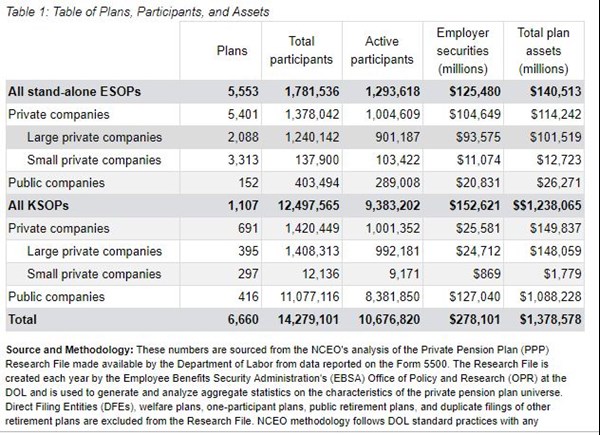 It would be a mistake, however, to assume that because profit sharing is beneficial in many cases, it would be beneficial in all. (This logical fallacy is known as an inappropriate generalization, aka proof by example.)

The truth is, different companies are structured in different ways, and what works for one business may not work for another. Moreover, history has shown that profit-sharing, which is a form of compensation like any other, is popular with employees—as long the company is making a profit.

Workers often have less than entrepreneurial attitudes when it comes to investing part of their compensation in shares that are not yielding returns.

Fortune 100 companies like Wal-Mart and DuPont saw their profit-sharing plans backfire in the 1980s and 1990s when profits soured. Workers, it turns out, often have less than entrepreneurial attitudes when it comes to investing part of their compensation in shares that are not yielding returns. But that is the nature of business.

“Unless workers are willing to take the losses that are inevitable in business activity, as well as the gains, the argument that fairness requires that workers share in the profits of their firms is an empty one,” wrote Dwight R. Lee, longtime O’Neil Professor of Global Markets and Freedom in the Cox School of Business at Southern Methodist University.

The Mark of a Good Idea

The notion that corporations should be forced into profit-sharing runs counter to a basic principle: good ideas don’t require force.“The surest way to get people to behave in desirable ways is to reward them for doing so—in other words provide them with incentives,” wrote Lee, more than two decades ago.

However, the notion that corporations should be forced or micro-managed into profit-sharing runs counter to a basic principle: good ideas don’t require force.

It must also be stressed, in a society that increasingly takes a dim view of corporations and profits, that any appeal of profit-sharing rests on a key component: corporate profit. 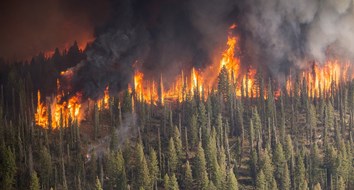