How Motown Smashed the Cultural Border

I'm not usually one to quote poets, but in the words of Henry Wadsworth Longfellow, "Music is the universal language of mankind."

After seven years in college and grad school studying the subject and almost 20 years learning to be a performer and composer, I am still completely fascinated by music and its impact on society.

I'm not usually one to quote poets, but in the words of Henry Wadsworth Longfellow, "Music is the universal language of mankind."It’s a necessarily abstract art form, yet it can evoke vividly specific emotions and memories. It can be entirely wordless, yet effortlessly tell elaborate stories and carry incredible drama. It’s inherently ephemeral, yet a single concert can haunt a person for a lifetime.

I’m not usually one to quote poets, but in the words of Henry Wadsworth Longfellow, “Music is the universal language of mankind.”

I think it’s because of this universality that music fosters a level of inclusiveness far ahead of every other aspect of human culture. Unlike the visual, film and television, and other types of performing arts, creating great music all but requires a blindness to everything that isn’t about the sound.

The Color of Bass

Apart from being some of the best music ever produced, together these tracks are a perfect set-up for my “dumb questions.” 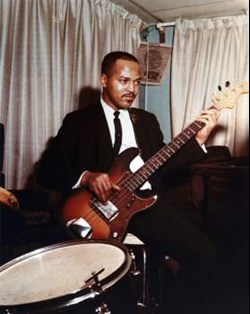 Thinking back on what you just heard, I want you to consider just the bass lines for a moment. What do you suppose the bass player looked like? Thinking about Motown music (both as a record company, and as soul music coming out of Detroit), what race do you imagine the bass player to be? What cultural or ethnic background might he have had?

While I truly hope that your initial reaction is who cares, you’re probably not surprised to learn that these are trick questions.

I selected these particular tracks because they feature not one, but two giants of American popular music on bass, who (along with a few other people I’ll get to in a second) literally created what we now understand to be soul and R&B. Their influence on what you hear on the radio even today is incalculable.

The first, featured on “I Was Made to Love Her” and “My Girl,” was James Jamerson.

He’s what I imagine most people might expect to have seen behind these records. He was a black South Carolina native who moved to Detroit in his 20s to work as a session musician. Jamerson was a founding member of the legendary rhythm section “The Funk Brothers” and went on to perform on 30 #1 hit songs, including some world-changing tracks like Marvin Gaye’s “What’s Going On” and “Darling Dear” by the Jackson 5.

But by 1972, Jamerson had moved from Detroit to Los Angeles, and our other featured bass player had taken over on most of the Motown gigs. His name was Bob Babbitt. 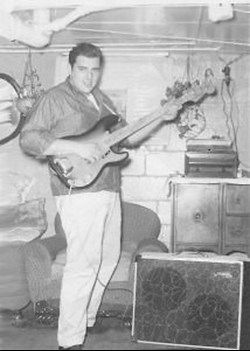 Babbitt was a 6’2″ white Hungarian-American kid from Pittsburgh, PA, but in spite of not looking anything like what most people might imagine, he’s the man behind “Just My Imagination,” “Signed, Sealed, Delivered,” and dozens of other incredible recordings, including some of my all-time my favorite songs, and Gladys Knight and the Pips’ 1973 mega-hit, “Midnight Train to Georgia."

Bob Babbitt had unbelievable soul and, like Jamerson, he was a powerful force in developing what most people consider to be “black music” in America.

As I’ve thought about Motown and the history of American music over the years, I’ve come to see music as perhaps the greatest tool for cross-cultural unification humans have ever created.

Changing Culture with Sound instead of Politics

But I’m not just talking about racial integration in the music scene in Detroit in the 1970s. That’s easy.

Musicians have always been at the forefront of building cross-cultural relationships and breaking down racial and ethnic barriers in services of making great art in a way that is not only far ahead of society at large, but far ahead even of the other arts.

Music can unite everyone.

The day after Martin Luther King, Jr. was assassinated on April 4th, 1968, James Brown was scheduled to perform a concert in Boston. The city of Boston had decided to televise the performance, hoping that it would help keep people off the streets and quell a race riot.  But at the start of the show, kids began to rush the stage. Police officers descended on them and began pushing them back down, but the godfather of soul waved the police away, saying, “I’m alright, I’m alright.”

Watch below, as James Brown not only takes command of the situation, preventing more violence and arrests, but also uses his concert (and the ensuing several days in Boston) as an opportunity to call for a peaceful response to the tragedy.

The rest of the concert went on uninterrupted.

Can you imagine a government official telling this crowd on that day to calm down? I can, and let’s just say… I don’t think the results would have been as good.

As much as people praise politicians for the civil rights movement, crediting the government would be – to put it mildly – absurd. Politicians react very slowly to changes in culture, and the eventual policy changes toward integration and equal rights came after decades of examples of brave individuals who cared more about the character and skills of individual people than their skin color.

I think there’s a good argument to be made that musicians, more than anyone, led these changes. 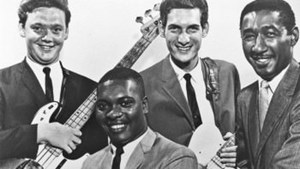 Consider a group like Booker T and the MGs. A decade before Bob Babbitt was recording at Motown, they had already established themselves as a recording powerhouse out of Stax Records in Memphis, Tennessee. The MGs were not only successful in their own right but also backed countless incredible performers like Otis Redding and Wilson Pickett.

Seriously, consider how amazing this is.

In 1962, two years before the Civil Rights Act in the heart of the Jim Crow South, the song “Green Onions” became a major hit featuring the talents of a black organist and drummer and a white guitar and bass player. Booker T Jones, Al Jackson, Jr., Steve Cropper, and Donald “Duck” Dunn went on to have such a profound impact on popular music that John Lennon and Paul McCartney repeatedly cited them as one of the most significant influences for the Beatles.

50 years later, they were still amazing. Check out this performance of “Green Onions” from 2003:

Another huge influence on the Beatles (and the Rolling Stones) was the Muscle Shoals sound, created at Fame Records in the early 1960s. The all-white session band known as “The Swampers” backed tracks like Wilson Pickett’s “Land of 1,000 Dances” and Aretha Franklin’s “Respect” out of a little recording studio in Alabama. 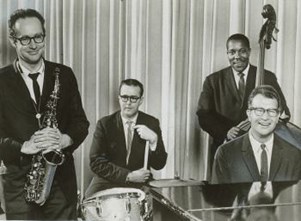 Going back still further, throughout the 1950s, white jazz pianist Dave Brubeck repeatedly stood up for his integrated band and denied numerous demands from venues across the country requiring him to find a white bassist to replace Gene Wright.

In an interview later in his life, Brubeck said: “Jazz stands for freedom. It’s supposed to be the voice of freedom.”

But I’m not done.

We can go back even farther to 1938 when band leader Benny Goodman brought the first racially integrated concert to Carnegie Hall with a band featuring vibraphone pioneer Lionel Hampton and a bill that included Count Basie, Buck Clayton, Johnny Hodges, Walter Page, and Lester Young.

Musicians are the unsung (pardon the pun) heroes of civil rights, and while “colorblindness” and “cultural appropriation” are some hated phrases among the social justice crowd, they’re precisely what all these examples have in common. These guys saw past skin color and unabashedly pulled from diverse cultural influences to create something new that continues to influence people today.

Music brings everyone together regardless of race, class, gender, sexual orientation, or any other collective identity – as both performers and listeners.

The history of race relations in America has been tumultuous at the best of times, and with serious failures in the criminal justice system and increasing tension in places like Baltimore, St. Louis, San Francisco, and New York City, it’s easy to feel like we’re always going to be stuck with angry tribal divisions along racial and ethnic lines.

But I don’t think so. Not if we can take a look back across the greatest music of the Twentieth Century and see what can be created when we drop the identity politics, forget about our superficial differences, and focus on learning from each other, listening to each other, and playing a great groove.