Federal Loans Steer Students down a Difficult, Debt-Ridden Path—But There Are Other Promising Paths

For far less cost—and quite likely no borrowing—students could learn a skill that could pay them handsomely before they’re even of legal drinking age. 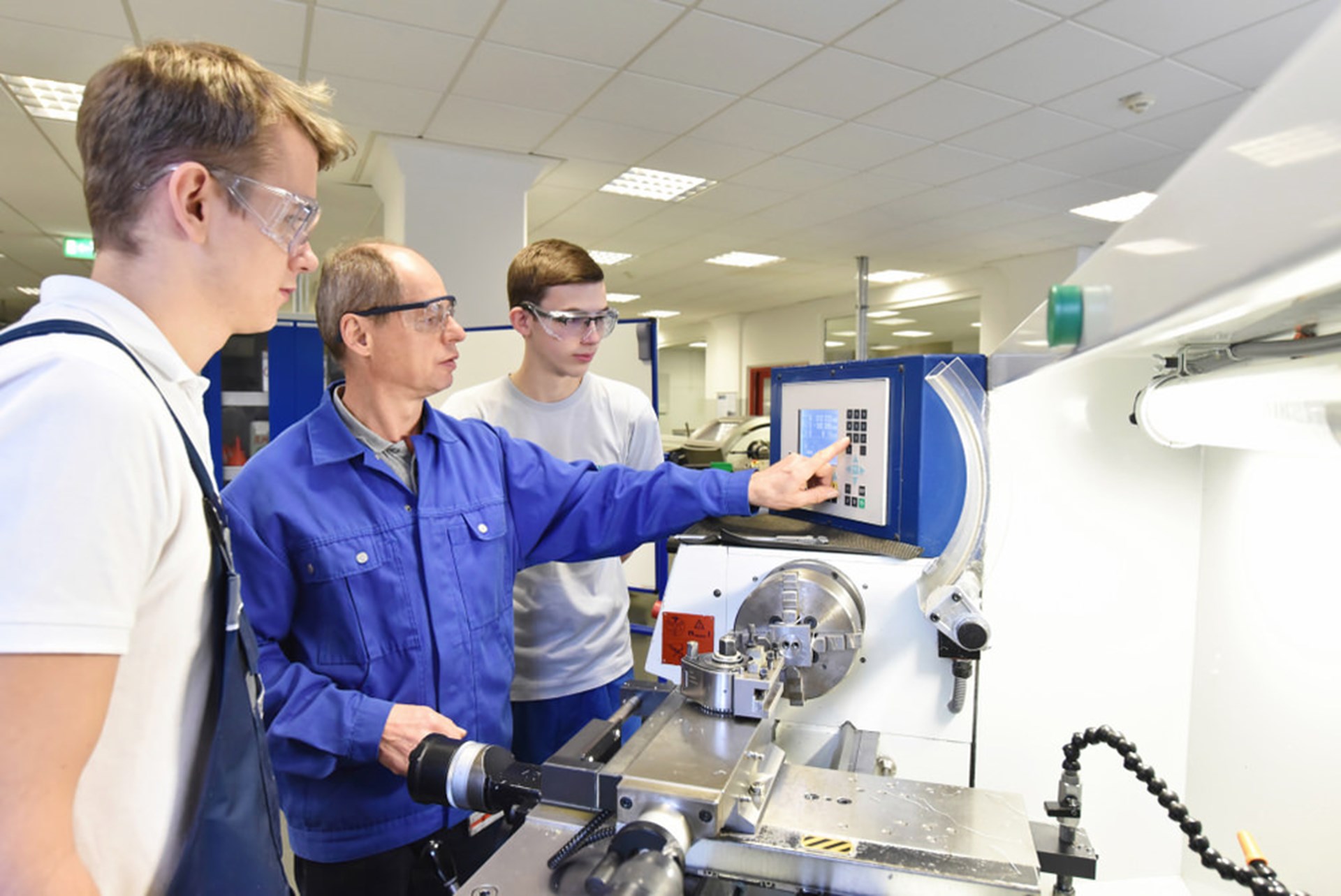 Back in the mid-1980s, when I was in the seventh grade, I took an occupational investigation class. If I remember correctly, there was a fairly stout textbook involved that listed nearly all the jobs and professions of the day. Earning a six-figure salary as a pilot stuck in my memory.

At the time, however, I was drawn to the lawyers of L.A. Law and the doctors on St. Elsewhere. I wanted to be an obstetrician like Cliff Huxtable on The Cosby Show. I knew any of these paths could be lucrative, but delivering babies seemed pretty rewarding.

Then I saw a character in a movie utter something about going six figures into debt to attend medical school. I was out.

The Changing Landscape of Higher Education

This came back to me recently when I saw a story on National Public Radio’s website reporting on a growing trend: Earnings in vocational trades are on the rise, while the returns to a college degree are “softening.” There are organic and artificial market signals at the root of this, and I’m not alone in having experienced both.

My sister and I grew up lower-middle class. Our mom married our dad after graduating high school. He was enrolled in a two-year stint at Del Mar Tech in Corpus Christi (now Del Mar College). He took those skills into the Air Force before landing a welding job a few years later.

As our mother did some secretarial work and our father moved to sales in the oilfield and school fundraising, it was expected that my sister and I would devote comparatively more time to college. “If you don’t know what to major in, just get a business degree,” I remember him saying. Such a path was seen as the way to a comfortable life, and no doubt it still is.

According to the Bureau of Labor Statistics (BLS), the unemployment rate is half to three-quarters lower and median earnings are 50-250% higher the more educated you are.

How the Government Made Higher Education Increasingly Unattainable

The Federal Family Education Loan program, part of President Lyndon Johnson’s “Great Society,” created a government backstop for banks that lent to college students. In 2010, this gave way to the Health Care and Education Reconciliation Act (HCERA). Private sector involvement ended in favor of total control by the Department of Education (DoE). HCERA also lowered the required monthly repayment and moved up the time at which the remaining balance could be forgiven.

In the interim, the Grad PLUS program of 2005 expanded the availability of government loans to graduate students, many of which fall under the same loosened repayment options.

Add it all up, and the amount of outstanding federal student loans has more than doubled in the last ten years alone, amounting to $1.4 trillion.

Add it all up, and the amount of outstanding federal student loans has more than doubled in the last ten years alone, amounting to $1.4 trillion.

To be sure, I utilized such loans to earn my undergraduate degree, and I might have to again for my daughters. However, I paid them off a few years later, albeit back when moral hazard and perverse incentives were a bit clearer.

Before I took my first university class, though, I paid my way through community college. According to the BLS, there are myriad jobs that require only a year or two of training and/or education.

At the five Alamo Community Colleges here in San Antonio, you could earn an associate’s degree in water resource sciences and pull down almost $50,000 per year. Nursing and dental assisting programs prep students to clear $70,000. One year of study can secure plumbing skills that could fetch almost $60,000. One of my daughters, who has expressed an interest in volunteering at animal shelters, might like to know she could earn a veterinary tech degree and make $30,000-$40,000.

Furthermore, companies like mine reach out to schools like mine when they are looking to staff their IT departments.

In addition to a high graduation rate, one of the reasons my school was ranked #1 in Texas last year was its affordability. Sixty hours of education and/or training can be obtained here for less than $6,000 for San Antonio residents.

For far less cost—and quite likely no borrowing—they could learn a skill that could pay them handsomely before they’re even of legal drinking age. It could also be a big source of funding for continuing their education at the university level.

If kids today are anything like I was, there are more than a few who are uncertain about the direction they want to take after high school. For far less cost—and quite likely no borrowing—they could learn a skill that could pay them handsomely before they’re even of legal drinking age. It could also be a big source of funding for continuing their education at the university level.

In the absence of that, or perhaps other debt-free options such as income-sharing agreements, if borrowing is still necessary, it should take place wholly within the private sector.

When you juxtapose studies that compare the lowest earning quartile of college graduates to high school graduates with earnings-per-major information compiled by the DoE, it’s not a stretch to conclude that this is another example of what happens when politicians meddle in the market: Taxpayers are left footing the bill. If you were one of the borrowers, that’s two bills for you (three if you count the tax hit on a forgiven balance).

Private investors and banks have an incentive to survey the occupational landscape to see which fields have, or could have, a growing demand for qualified labor and will therefore likely experience rising wages. That incentive is business survival. Wherever they see supply outstripping demand, they’re likely to shy away from investing therein. That would, in turn, be an incentive to a prospective student to consider another course of study if they are applying for assistance.

Add that type of scrutiny in educational financing to the appeal of higher wages accruing to jobs that require just a year or two of training and watch university tuition drop.

If only I’d realized back then how affordable and relatively brief pilot training was … Oh well, maybe it is never too late to be what you might have been.