How an Entrepreneurial Mindset Can Help Save Freedom

It starts by asking beautiful questions. 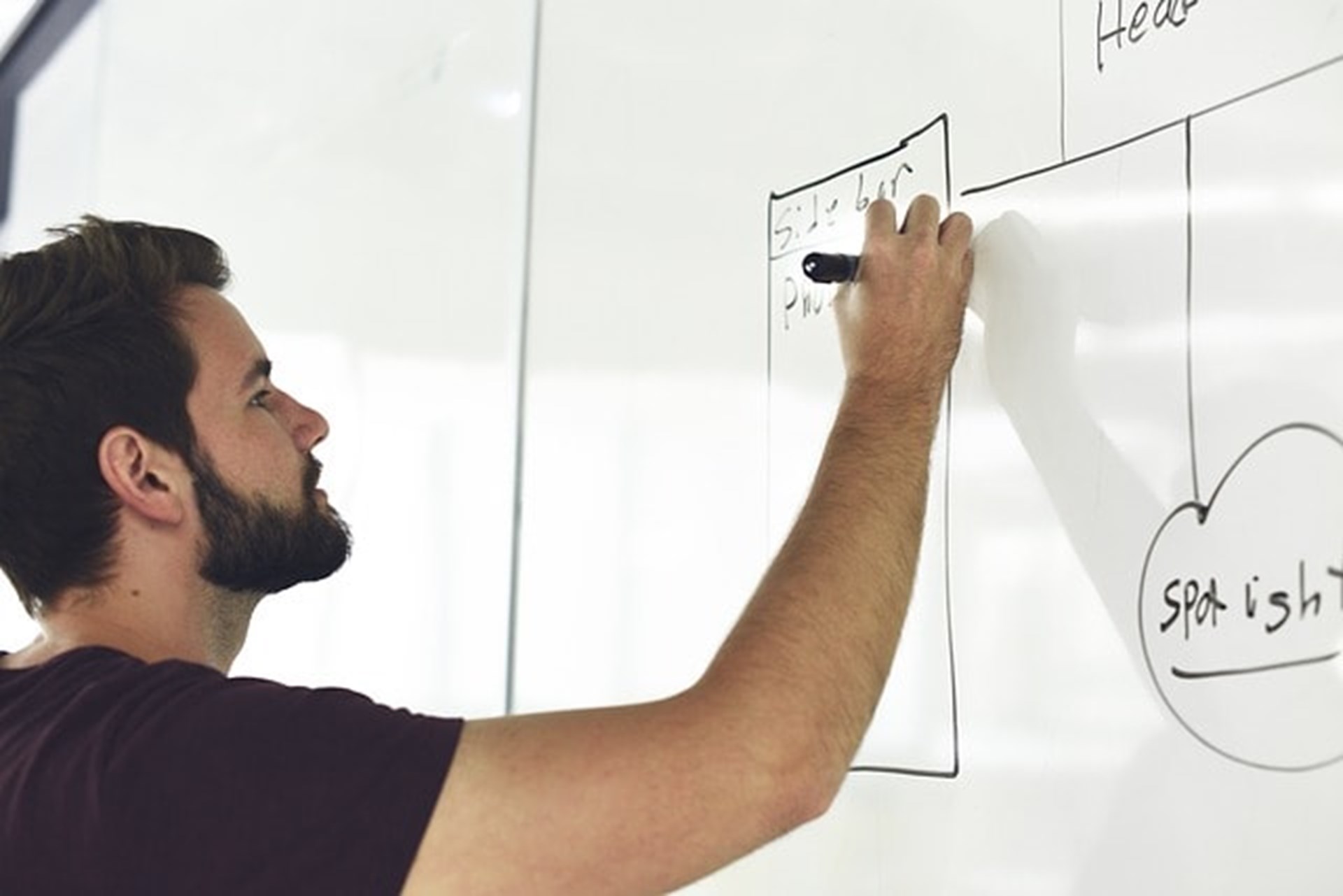 In “I, Pencil,” Leonard Read asks 16 beautiful questions. Read has provoked generations of readers to discover for themselves beautiful answers to the beautiful question of how free markets help human beings flourish. When Read’s Pencil asks, “Does anyone wish to challenge my earlier assertion that no single person on the face of this earth knows how to make me?” the thoughtful reader’s mind comes to a full stop. When Read asks, “Can we even describe a tree?” the self-aware reader realizes they know much less than they think.

Through questions, Read changes the way we see the world. In his book, A More Beautiful Question: The Power of Inquiry to Spark Breakthrough Ideas, Warren Berger defines a beautiful question as “an ambitious, yet actionable, question that can begin to change the way we think about something—and might serve as a catalyst to bring about change.”

Asking questions, Berger believes, “is a critical starting point of problem-solving and innovation—whether we’re talking about business, social issues, or everyday life. Thoughtful inquiry can help us begin to see and understand the challenges around us more clearly. Questions also spark the imagination.”

Berger believes the ability to question is “underappreciated in business, undertaught in schools, and underutilized in our everyday lives.” In an interview, he adds:

Because we have an education and business culture that tends to reward quick factual answers over imaginative inquiry. Questioning isn’t encouraged—it is barely tolerated. In both classrooms and workplaces, questioning may be seen as a challenge to authority. And it can be perceived as a sign of weakness—an indication that one “doesn’t know.”

In his book, Awake for Freedom’s Sake, Read quotes Thomas Alva Edison: “Five percent of the people think. Ten percent of the people think they think; and the other eighty-five percent would rather die than think.” Successful entrepreneurs routinely pause to question what they think they already know, bringing the “unseen” into awareness. Read adds that “potential intellectual alacrity—good thoughts—is deadened by the prevailing lethargy.” Can following the breadcrumbs that a good question leaves overcome intellectual lethargy?

Read continues, “Good thoughts are the mainspring of human progress. They bring the unseen—the unimaginable—into the realities that bless our lives.” Successful entrepreneurs routinely pause to question what they think they already know, bringing the yet “unseen” into awareness.

Reed Hastings, the founder and CEO of Netflix, says the process of forming the company began by questioning the late fees he was paying to rent a movie: “The genesis of Netflix came in 1997 when I got this late fee, about $40, for Apollo 13. I remember the fee because I was embarrassed about it. That was back in the VHS days, and it got me thinking that there's a big market out there.”

Building a successful company takes more than a question, and Hastings’s business partner Marc Randolph points out that building Netflix was “a very messy process with input from many, many people.”

Edwin Land, the co-founder of the Polaroid Corporation, has been described “as the Steve Jobs of his time.” In 1943 while on a family vacation, Land’s daughter Jennifer asked why they had to wait to see the pictures her father was taking. Rather than dismissing his daughter’s question, Land took Jennifer’s question as a “puzzle she had set for me.” Years later in a speech, Land recalled, “I thought, Why not? Why not design a picture that can be developed right away?”

Berger writes of Land, “He was capable of seeing new possibilities—at times coming to him as detailed, fully formed visions—that others could not begin to imagine.”

In his book Who’s Listening, Read asks, “What is the gift that distinguishes the successful entrepreneur?” Read answers, “It is a rare readiness, a foresight, that is, an ability to anticipate what people will want.

In Having My Way, Read points out that “all creative action is spiritual.” Read continues, “Ideas, inventions, discoveries, intuitions, insights are spiritual. What inhibits imagination and creativity deadens the spiritual. Thus it is that everything by which we live and prosper has its inception in the spiritual before ever showing forth in the material.”

Since entrepreneurial insight begins in the spiritual realm, what inhibits imagination and creativity deadens the spiritual. Echoing the wisdom in “I, Pencil,” Read writes, “And it seems just as obvious that all creative activities, without exception, should be left to men acting freely, privately, cooperatively, competitively, voluntarily… Physical force—forcible interferences—can only deaden, never enliven, the spiritual.”

The Wisdom of the Free Market

Why do we experience “this lack of faith in the potential wonders that might be ours?” Read wonders. He gives us two reasons to consider: “(1) we cannot foresee the unknown and, thus, we are not attracted to the unimaginable, and (2) the moment a miracle is wrought, we take it as much for granted as the air we breathe.”

We don’t notice how the unseen drives the seen. In Comes the Dawn, Read asks essential questions that again bring us back to “I, Pencil”: “Why, then, does the Free Society work its wonders? Why, when no one knows how to make a pencil, do we have such a proliferation of goods and services?”

Everything by which we live and thrive—the material—has its origin in the spiritual, in the sense that an idea is spiritual, or an invention, discovery, insight, intuitive flash…The spiritual forces—tiny ideas by everyone—are free to flow! Result of this free flow? Ideas configurate and show forth in everything from billions of pencils to jet planes.

Production is a spiritual, intellectual, and ideological phenomenon. It is the method that man, directed by reason, employs for the best possible removal of uneasiness. What distinguishes our conditions from those of our ancestors who lived one thousand or twenty thousand years ago is not something material but something spiritual. The material changes are the outcome of spiritual changes.

As we begin to notice what a free flow of creative energy can create, we begin to believe that “the wisdom of the free market is infinitely greater than that which exists in a Socrates or Edison or any one person.”

In Comes the Dawn, Read explains that “the dictocrats—the pre-emptors—agents of destruction… destroy the spiritual—the very essence of one’s being!” The mechanism of destruction follows from forcible interferences, as “most people fail to generate ideas on activities that have been pre-empted.”

All persons who turn to the dictocrats seeking their own gain at the expense of others. And it matters not whether the “gains” sought are food stamps, or tariffs, or higher than market wages, or a Gateway Arch, or whatever. By such actions, they ally themselves with the Command Society.

We blame politicians, but they are responding to the “pre-emptors” among us. And what the pre-emptors are destroying impacts all of us. “These ‘needy’ allies of the Command Society have no limit”:

They feed and multiply upon the subsidies until they become wholly useless to themselves or to anyone else—except as voters bribed to keep their political benefactors in power. This is the tremendous political appeal of socialism—parasitism pursued to the death of the last host, and last hope.

Read asks, “How are the pre-emptors to be unseated? Should we expect Command Society personnel to take the initiative in ridding themselves of coercive powers?” If we are expecting them to change, we will wait a long time:

[Command Society personnel] have substituted self-exaltation for self-realization and, thus, are addicted to their dictatorial role. Lording it over us for our benefit, or so they naively believe. And expect no initiative from their pre-empting allies. The “guaranteed life” is for them an attractive way of life or they would not have sought it in the first place.

The situation may seem hopeless, but it is not. We can set our intentions to ask more beautiful questions and notice how the unseen drives the seen. As we do, we will gain the courage and faith to trust the miraculous market to draw from the spiritual realm beautiful answers that help human beings thrive. As more of us understand “how the free market works its wonders, along with the ability to explain the reasons…the pre-emptors will fade into oblivion.” “Darkness,” Read instructs, “always gives way to light.”