Homeschooling, Socialization, and the New Groupthink

The Not-So-Hidden Agenda of Public Education 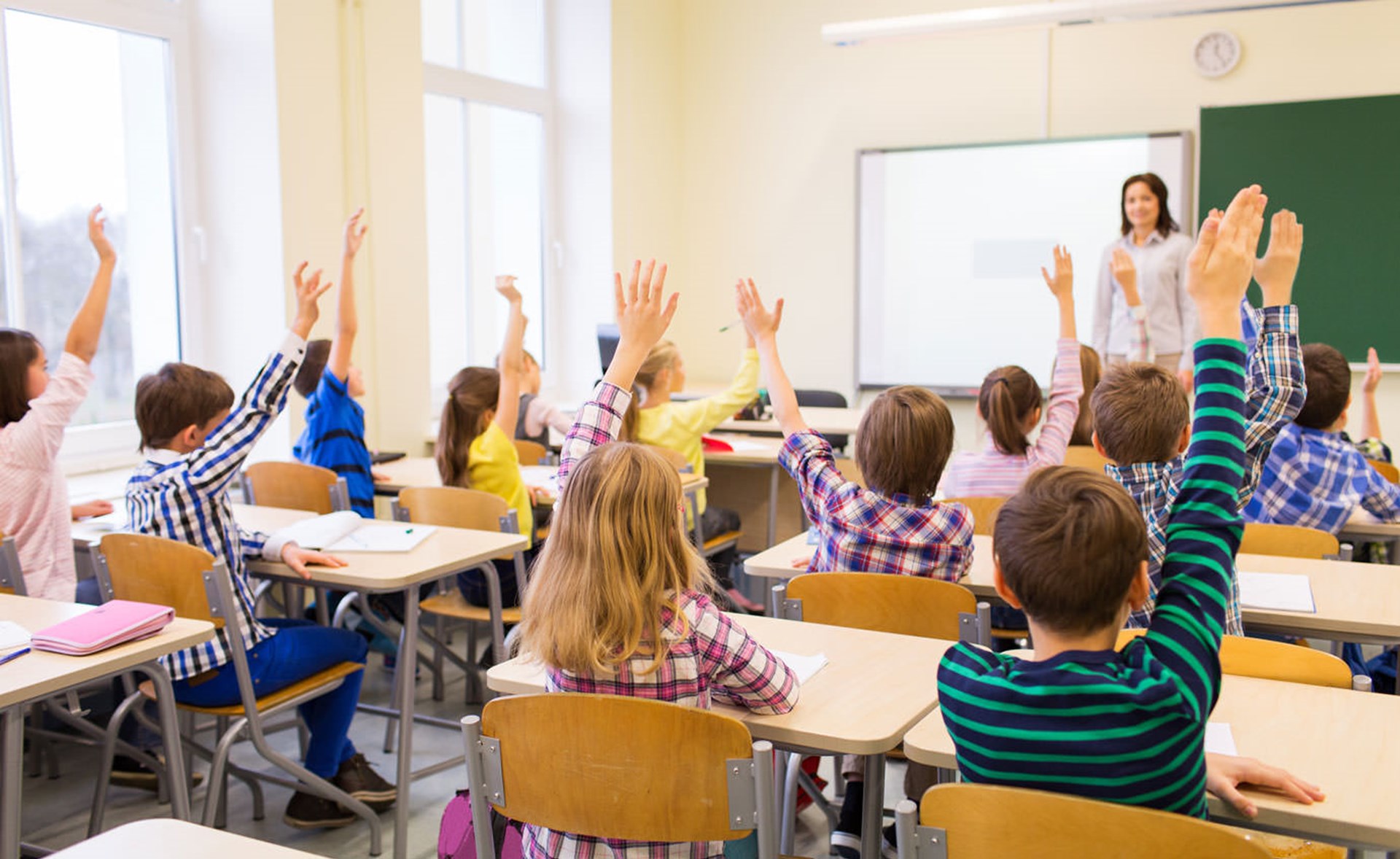 “But what about socialization?”

We who educate our children outside the school system confront an exhausting array of accusations posing as concerns, but the most puzzling — and the most persistent — is the socialization question. For years, I’ve taken it at face value: How, the skeptic seems to be asking, will your kids ever learn to be sociable if you keep them locked up at home all day?

Did no one enjoy any social skills before the era of mass education?

That very few homeschooled kids lead the lives of sheltered isolation implied by this question does not seem to assuage the questioner. There’s something kids are assumed to receive from the process of group schooling — especially from large, government-funded schools — that helps them fit in better with society at large.

Learning to Be a Cog

I recently talked to a mom who wants to homeschool her daughter. The girl’s dad objects to the idea because, he insists, home education will fail to prepare her for “the real world.” I find it significant that this man is career military. The real world, as he knows it, is regimented, tightly controlled, and bureaucratized into stasis — at least compared with the very different real world of voluntary exchange and spontaneous order.

If your goal for your children is a lifetime of government work, then by all means send them to public school: the bigger, the better. But if, by “socialization,” you mean ensuring that a child becomes sociable, that he or she develops the intelligence and social reflexes that promote peaceful and pleasurable interactions with larger groups of friends and strangers, then the irony of the what-about-socialization question is that it gets the situation precisely backwards. It is schooled kids, segregated by age and habituated to the static and artificial restrictions of the schooling environment, who demonstrate more behavioral problems while in school and greater difficulty adjusting to the post-school world.

While homeschooled kids learn to interact daily with people of all ages, schools teach their students to think of adults primarily in terms of avoiding trouble (or sometimes seeking it). That leaves the social lessons to their peers, narrowly defined as schoolmates roughly their own age.

If your goal for your children is a lifetime of government work, then by all means send them to public school: the bigger, the better.

Thomas Smedley, who prepared a master’s thesis for Radford University of Virginia on “The Socialization of Homeschool Children,” put it this way:

In the public school system, children are socialized horizontally, and temporarily, into conformity with their immediate peers. Home educators seek to socialize their children vertically, toward responsibility, service, and adulthood, with an eye on eternity.

As a result, most homeschooled kids grow into well-adjusted, flexible, and emotionally mature adults, open to a diversity of peers and social contexts.

Homeschooling parents expect their children to respect and get along with people of diverse backgrounds.… Compared to children attending conventional schools … research suggest that they have higher quality friendships and better relationships with their parents and other adults.

Furthermore, says Medlin, “They are happy, optimistic, and satisfied with their lives.” How often do you hear those words applied to any other group of children?

Meanwhile, “there seems to be an overwhelming amount of evidence,” according to researcher Michael Brady, “that children socialized in a peer-dominant environment are at higher risk for developing social maladjustment issues than those that are socialized in a parent-monitored environment.”

The Persistence of the Socialization Myth

Decades of research now support the common-sense conclusion: the artificially hierarchical and age-segregated structure of modern schooling produces a warped form of socialization with unhealthy attitudes toward both authority and peers.

Kids from homeschooling families learn a very different lesson about authority and responsibility.

The students who escape this fate are those with strong parental and other adult role models and active engagement with a diverse community outside school. Homeschooling holds no monopoly on engaged parents or robust communities, but those advantages are an almost automatic part of home education.

So why does the socialization myth refuse to die?

Perhaps we have been misunderstanding the critics all along. Homeschoolers think of socialization as the development of an autonomous individual’s social skills for healthy interactions within a larger community. But maybe what we consider healthy isn’t at all what the critics have in mind.

Susan Cain’s 2012 book, Quiet: The Power of Introverts in a World That Can’t Stop Talking, does not specifically address homeschooling, but Cain does talk about the history of education and the evolution of what she calls the “Extrovert Ideal — the omnipresent belief that the ideal self is gregarious, alpha, and comfortable in the spotlight.”

The experts advised parents to socialize their children well and schools to change their emphasis from book-learning to “assisting and guiding the developing personality.” Educators took up this mantle enthusiastically.…

Well-meaning parents of the midcentury sent their kids to school at increasingly young ages, where the main assignment was learning to socialize. (emphasis added)

In the 19th century, education was still understood to mean the development of an individual’s character, intellect, and knowledge. By the mid-20th century, education reformers had shifted the emphasis away from preparing the individual student for his or her future and toward integrating individuals into a larger group and a larger vision of a reformed society.

We 21st-century Americans may think of ourselves as “unlike the starched-shirted conformists of the 1950s,” to use Cain’s phrase, but she sees the extrovert ideal asserting itself once again in what she calls “the New Groupthink,” which, she explains, “elevates teamwork above all else.”

In ever more schools, this teamwork is promoted “via an increasingly popular method of instruction called ‘cooperative’ or ‘small group’ learning.” This “cooperative” approach, whatever the intentions behind it, actually hurts students — introverts and extroverts alike — both academically and intellectually. To explain why, Cain cites the work of Dr. K. Anders Ericsson, a Swedish psychologist and one of the world’s leading researchers on expertise.

Occasional solitude, it turns out, is essential to mastery in any discipline.

It’s only when you’re alone that you can engage in Deliberate Practice, which [Ericsson] has identified as the key to exceptional achievement. When you practice deliberately, you identify the tasks or knowledge that are just out of your reach, strive to upgrade your performance, monitor your progress, and revise accordingly. Practice sessions that fall short of this standard are not only less useful — they’re counterproductive. They reinforce existing cognitive mechanisms instead of improving them.

Children educated at home are less likely to grow up to be followers.

Cain and Ericsson offer several reasons why deliberate practice is best conducted alone, “but most important,” writes Cain, “it involves working on the task that’s most challenging to you personally.”

This is not what most schools offer; neither is it compatible with the emphasis on cooperative learning.

“The structure and reality of traditional schools,” writes Rebecca Kochenderfer for Homeschool.com, teach kids “to be passive and compliant, which can follow the children throughout life. Children can learn to take abuse, to ignore miserable bosses or abusive spouses later on.”

“In a traditional school,” Kochenderfer adds, “someone else usurps authority.”

Kids from homeschooling families learn a very different lesson about authority and responsibility.

Researcher John Wesley Taylor used the Piers-Harris Children’s Self-Concept Scale to evaluate 224 homeschooled children for self-esteem. “On the global scale,” writes Taylor, “half of the homeschoolers scored at or above the 91st percentile. This condition may be due to higher achievement and mastery levels, independent study characteristics, or one-on-one tutoring situations in the homeschool environment.”

Homeschooled students' independence may be the real source of critics' concerns.

A strong “self-concept ” doesn’t mean that homeschooled kids are self-centered. “Their moral reasoning is at least as advanced as that of other children,” according to Richard G. Medlin’s research, cited earlier, “and they may be more likely to act unselfishly.” What it does mean, however, is that children educated at home are less likely to grow up to be followers.

In 1993, J. Gary Knowles, then a professor of education at the University of Michigan, surveyed 53 adults who had been taught at home by their parents. He found that nearly two-thirds were self-employed. That’s more than twice the global average and about 10 times the current national average. “That so many of those surveyed were self-employed,” said Knowles, “supports the contention that home schooling tends to enhance a person’s self-reliance and independence.”

That independence may be the real source of critics’ concerns.

“Public school educators and other critics,” Knowles commented, “question whether home-educated children will be able to become productive, participating members of a diverse and democratic society.”

But with so much evidence for the superior results achieved by homeschooling — both academically and socially — we have to question the critics’ goals. Is their concern really for the welfare of those educated outside the schools? Or is it rather, as so much of their language suggests, for the success of a particular vision of society — a vision that they fear the independently educated may not readily accommodate?