Change the urban landscape of tomorrow by setting your path today!

Harvard Economics professor Edward Glaeser declared the city as "Our Greatest Invention" in his book Triumph of The City. According to the United Nations in 2016, a little more than half of the entire global population lives in an urban settlement. With more and more people seeking to live and work in such a relatively small amount of space, public policy regarding land use and transportation in cities has a disproportionately large effect on the population in general.

Regardless of where you live, your city uses regulations to restrict what can be built, where, and for what purpose, draining the vibrancy out of neighborhoods, compounding traffic congestion, and constraining the housing supply. All of this leads to higher prices and bigger headaches. But what if there were better ways?

At FEEcon 2018, the Foundation for Economic Education is once again partnering with Market Urbanism to bring you an entire track of six sessions devoted to exploring the complex ecosystem of the modern urban setting. Here’s what you have to look forward to this June in Atlanta!

Zoning is justified in all sorts of ways today, but at its birth—arguably in New York City, in 1916—it was aimed squarely at halting what upper-class New Yorkers saw as the decay of the city as neighborhoods built for the rich filtered down to the city's growing immigrant masses. A century later, the movement is in the other direction—the rich are outbidding middle-class and poor New Yorkers for space in a phenomenon known as gentrification. New Yorkers tend to view development as the cause, but a more careful reading of history shows that it's zoning, and the housing shortage that it's created, that is responsible for the reversal and for the growing waves of displacement washing over cities from New York to San Francisco. 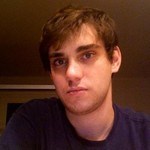 “A City Cannot Be a Work of Art” with Sandy Ikeda

Jane Jacobs famously argued that “a city cannot be a work of art.” Rather, a city is a place where people with diverse knowledge, skills, and tastes change space, make and break ties, and transform resources and ideas in innovative and controversial ways. It’s an unpredictable, messy—even dangerous—but deeply creative process.

Sandy Ikeda is a professor of economics at Purchase College, SUNY, and the author of The Dynamics of the Mixed Economy: Toward a Theory of Interventionism. 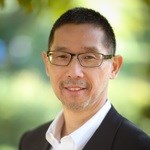 Why are young people and immigrants struggling to afford to live in your city? It’s simple supply and demand, and decades of government policy at multiple levels are making matters worse. Nolan Gray, Michael Lewyn, and Emily Washington will discuss the myriad ways government is pushing housing costs higher and possible solutions to this self-inflicted crisis.

Nolan Gray is the policy director for the Center for Market Urbanism and is a grad student in city & regional planning at Rutgers University. His areas of expertise include land-use regulation, development, and urban planning theory. 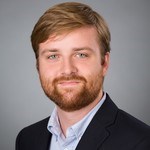 Michael Lewyn is an Associate Professor at Touro Law Center in Long Island, where he directs the school's Land Use and Sustainable Development Law Institute. His recent research focuses on the relationship between zoning and increasing housing costs in American cities. 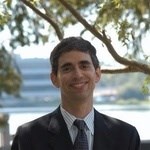 Emily Washington is a Research Fellow for the State and Local Policy Project at the Mercatus Center at George Mason University. Her research focuses on urban economics and land-use policy. 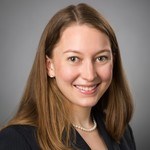 A Capitalist Revolution for Urban Development with Patrik Shumacher

Capitalism was and is the great prosperity engine behind all the material freedoms of modern life. Tragically capitalism is not allowed to work its magic with what matters most to us, namely our dwellings and cities. Urban development and housing provision have been unduly politicised and thereby paralyzed. We should be experiencing an urban Renaissance as crucial productivity boosting component of our knowledge-and network society. Instead, planning restrictions and imposed standards block the adequate supply of urban residences leading to prohibitive prices. Paradoxically, the affordability system contributes to rather than alleviates the affordability crisis.

Patrik Schumacher is a partner at Zaha Hadid Architects and a founding director of the AA Design Research Lab. He joined Zaha Hadid in 1988. 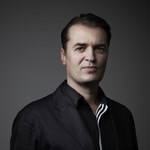 Increasing Mobility in Atlanta and in Other Cities with Alain Bertraud

Mobility is one of the main factors that explain the productivity of large cities. Urban transport policy's main objective should be to increase mobility, i.e. to decrease commuting time by increasing travel speed. Too often, though, transport policies rely on anticipated utopian land-use changes to justify the design of a preferred transport mode. Increasing mobility then becomes only a secondary objective. How can we change this?

Alain Bertaud is an urbanist and, since 2012, a senior research scholar at the NYU Stern Urbanization Project. Bertaud previously held the position of principal urban planner at the World Bank. 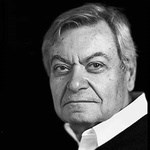 Urban Mobility: The Economics of Going Places with Jeff Andrade-Fong and Anthony Ling

In this session, Jeff Andrade-Fong and Anthony Ling will talk about public and private transportation of the past, present, and future and how economics and transportation shape the places we live.

Jeff Andrade-Fong has been at the intersection of tech and urban logistics for the last several years. He was an early-stage employee at Lyft and now works at on-demand delivery startup Postmates. Jeff also co-founded Tech for Housing, a policy advocacy organization dedicated to rallying Bay Area tech workers around urban reform. 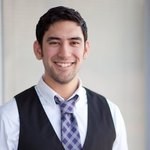 Anthony Ling is co-founder of Bora, a transportation technology startup in Brazil. He is an independent researcher on urban policy, urban economics, and transportation as well as editor of Caos Planejado, a multidisciplinary online journal on cities. 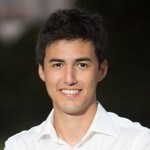 Change the Urban Landscape of Tomorrow by Setting Your Path Today

There are more than 7 billion people alive on our planet today, and we’re more interconnected than we’ve ever been through the brilliant dynamism of spontaneous order. And most of that spontaneous order flows through natural hubs that we call cities.

We live in them. We work in them. We transport goods and services and ideas through them. Cities are living, breathing, and ever-changing. Considering how important cities are to our economy and culture, our engagement with and management of them should be based on sound theory, not good intentions. We don’t need to stifle cities with heavy-handed top-down mandates and restrictions.

Join us in Atlanta June 7-9 to explore the alternative possibilities in the Market Urbanism Track at FEEcon 2018 where you can set your path and change the world, one block at a time!