Hearts at War Should Not Have the Nuclear Codes

What happens to our decision-making when we believe that other people are less than human? 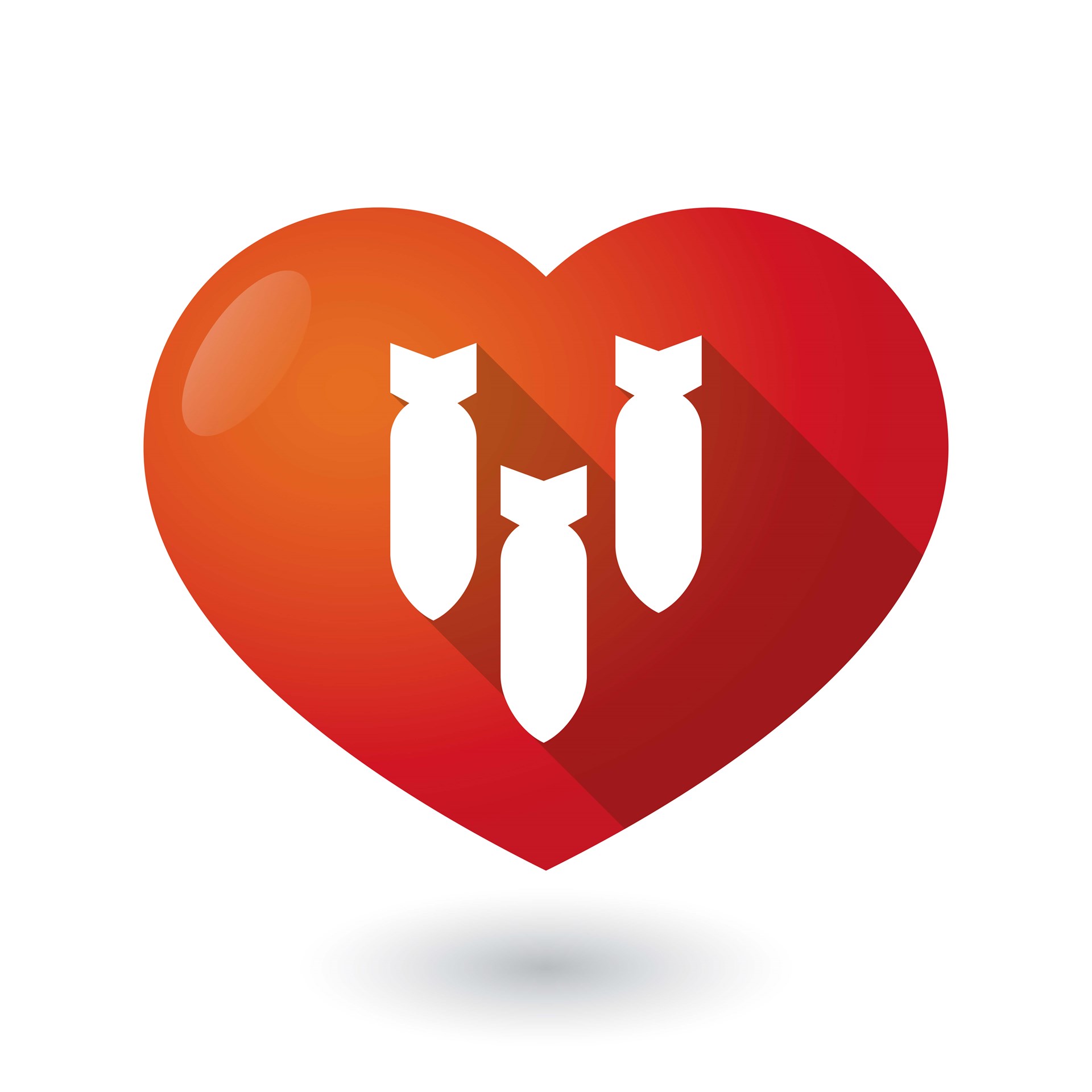 American presidents have a shocking amount of discretion over the use of nuclear weapons.What happens to our decision-making when we believe that other people are less than human? What happens when those with distorted beliefs have the power to harm others?

In the Vietnam War era, some Americans saw the North Vietnamese as "gooks." Once labeled this way, the Vietnamese were sub-humans, upon whom we could inflict unspeakable violence. In 1972, Nixon told Henry Kissinger, his National Security Advisor:

A week later, Nixon changed his mind. He wanted to “think big” and use nuclear weapons:

Nixon: "I’d rather use the nuclear bomb. Have you got that ready?"

Kissinger: "That, I think, would just be too much."

Nixon: "A nuclear bomb, does that bother you?… I just want you to think big, Henry, for Christ’s sake! The only place where you and I disagree is with regard to the bombing. You’re so goddamned concerned about civilians, and I don’t give a damn. I don’t care."

Kissinger: "I’m concerned about the civilians because I don’t want the world to be mobilized against you as a butcher."

Trump apparently also wants to “think big.” Recently former Republican Congressman, now cable news host, Joe Scarborough reported that Trump asked a foreign policy expert, “If we have [nuclear weapons], why can't we use them?" The Trump campaign has denied this report, but Trump is on record making outlandish statements about nuclear weapons.

When warring hearts go in search of monsters to destroy, both American freedom and the safety of the world are threatened.In their book The Anatomy of Peace, the Arbinger Institute distinguishes two fundamental ways of being in the world, leading to different ways of interacting with other people: “We can see others either as people, who matter like we ourselves matter, or as objects that don’t matter like we matter. When we see others as counting like we ourselves count, our hearts are at peace. When we see others as not counting like we count, our hearts are at war.”

A heart at peace is a state of mind; it doesn't mean that force isn't at times necessary. We may be forced to defend ourselves, but we are never “forced to despise, to rage, to denigrate, to belittle. No one can force a warring heart upon us. When our hearts go to war, we ourselves have chosen it.”

In his paper, “Anger and Similar Delusions” philosopher C. Terry Warner points out how we are self-deceived when we think our emotions are a condition “provoked or aroused in us.”  “Angry people,” Warner continues, "are systemically in error in their beliefs about how things are with them.” They believe their anger is defensive; they believe they are responding in a justified way to a threat.  No one can force a warring heart on any of us. It is a choice we make.

No one has forced a “warring heart” on Trump. But Trump seems to respond inappropriately to every perceived slight and to anyone who doesn’t acknowledge his greatness. He seems to take seriously every thought he has. His self-deception leads him to mistake his negative feelings as a guide to action. Caught up in his feelings, he can’t control himself, even when it is in his own self-interest.

If Trump had to drive his own car, we can imagine that he would be constantly swearing and giving the finger to other drivers, believing that his angry feelings were telling him something important about the world. Someone who has no apparent ability to recognize their dysfunctional thinking has no capacity to be commander-in-chief of the world’s most powerful army.

It is easy to imagine a future National Security Advisor trying to talk Trump off the nuclear ledge. Ask yourself this question: Would Trump even consider the views of his advisors? Trump has said: “It’s amazing how often I am right,” “I alone can fix this.” “I have a big brain.” “I advise myself.”

The Nuclear Chain of Command

American presidents have a shocking amount of discretion over the use of nuclear weapons, and potentially destroying the world. The nuclear chain of command was not built with checks and balances; it was built for "for speed and decisiveness,” according to Michael Hayden, former head of the CIA,

About the only safeguard against a president using nuclear weapons is a refusal on the part of civilians and the military to follow orders. This did happen in 1974; the secretary of defense issued an order to divert emergency orders from a despondent Nixon. No adequate protection existed to keep Nixon from ordering a nuclear strike.

What would stop Trump from ordering a nuclear strike if he were in a fit of rage induced by his insecurities? His former lawyer has observed “Trump’s pathologically abusive tendencies, his hair-trigger overreaction to criticism and slights both real and imagined, and his mental habit of sorting the world into the strong and the weak — the dominant and the submissive — render him temperamentally unfit for the presidency.”

It is unrealistic to think that no one with a warring heart will ever be elected president. The best safeguard of all against the use of nuclear weapons is a foreign policy based on Jefferson’s stance: “Peace, commerce, and honest friendship with all nations, entangling alliances with none.”

History has not been kind to the presidency of John Quincy Adams. Yet, like his father, he was a man of principle and intellect who held to the sage advice of Washington and Jefferson that America should not enter into entangling foreign alliances. In 1821, while he was secretary of state, John Quincy Adams offered eloquent advice that has long been forgotten; with our forgetting, our freedom erodes:

Wherever the standard of freedom and independence has been or shall be unfurled, there will [America’s] heart, her benedictions and her prayers be. But she goes not abroad in search of monsters to destroy. She is the well-wisher to the freedom and independence of all. She is the champion and vindicator only of her own. She will recommend the general cause, by the countenance of her voice, and the benignant sympathy of her example.

She well knows that by once enlisting under other banners than her own, were they even the banners of foreign independence, she would involve herself, beyond the power of extrication, in all the wars of interest and intrigue, of individual avarice, envy, and ambition, which assume the colors and usurp the standard of freedom. The fundamental maxims of her policy would insensibly change from liberty to force. She might become the dictatress of the world: she would be no longer the ruler of her own spirit.

Not Dominion but Liberty

Adams concluded: “[America's] glory is not dominion, but liberty. Her march is the march of the mind. She has a spear and a shield: but the motto upon her shield is, Freedom, Independence, Peace. This has been her Declaration: this has been, as far as her necessary intercourse with the rest of mankind would permit, her practice.”

If Nixon's dysfunctional thinking had not thought of the North Vietnamese as communist "monsters," there would have been no talk of nuclear weapons. When warring hearts go in search of monsters to destroy, both American freedom and the safety of the world are threatened.