Hard Questions About the Protestant Reformation

How much closer to salvation is mankind thanks to all the extra earthly suffering the Reformation wrought? 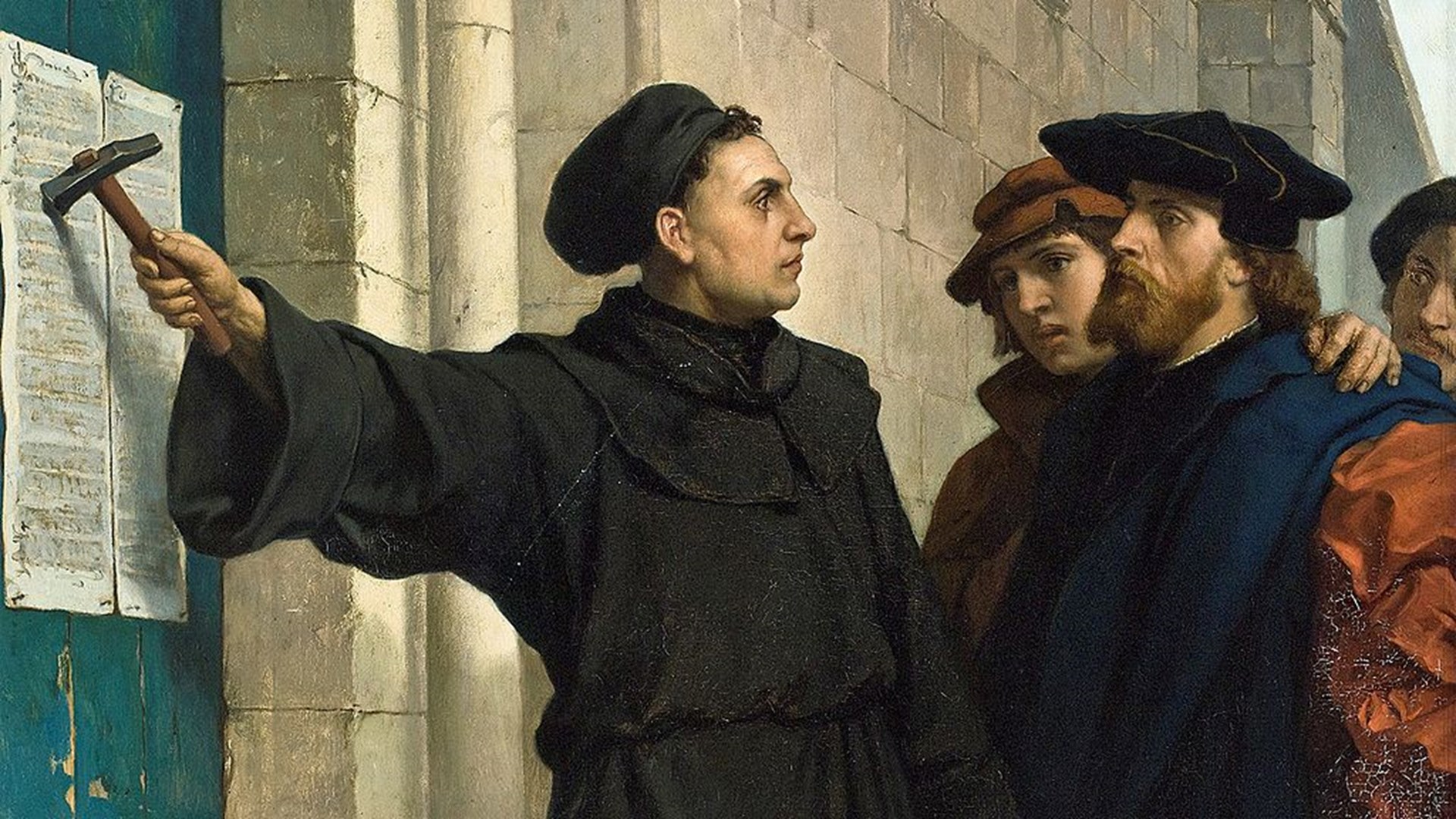 October 31st was the anniversary of the birth of the Protestant Reformation. Martin Luther published his 95 Theses precisely half a millennium ago.

It's tempting for libertarians to celebrate this day as a great victory for freedom of speech and freedom of religion, but the Reformation's main fruit was over a century of horrifying warfare. The Thirty Years' War, with a death toll around eight million, is the best known. The French Wars of Religion claimed yet another three million lives. These numbers are even more gruesome when you remember that Europe's population was far lower back then: For 1500 AD, Angus Maddison assigns twelve million to Germany and fifteen million to France.

The strongest case for the Reformation is simply that there was no other path to our modern, tolerant world.

For what did these millions die? The standard story, as far as I can tell, is that the Reformation helped free Christianity from the "corruption" of the Papacy. Priests stopped scalping tickets to heaven and supporting their mistresses with the proceeds. Is that supposed to be worth millions of lives? Even if you think that some specific version of Protestantism is the correct religion, earnest marginal thinking is in order. How much closer to salvation is mankind thanks to all the extra earthly suffering the Reformation wrought?

Faced with these sanguinary facts, libertarians can obviously point out that if all Christendom believed in freedom of speech and religion, each and every bloodbath would have been averted. Undeniable, but this dodges the hard question: What should the initially dominant Catholic Church have done differently? We can easily imagine that if Catholics had been less repressive, the cycle of violence would have been contained. Yet that's far from clear: If you read Luther or Calvin, they sure sound like unilaterally violent fundamentalists. And what if the Catholic Church had tried to swiftly and decisively crush the Reformation in the cradle, instead of mixing repression with negotiation and reform? Even if cradle-crushing had failed, it's hard to believe the ensuing violence would have been worse than what happened.

The strongest case for the Reformation is simply that there was no other path to our modern, tolerant world. European civilization had two choices: Either stay mired in the grip of medieval superstition and tyranny forever; or endure a century-long bloodbath. But this story is grossly overconfident. Despite the Protestant challenge, the Catholic Church utterly prevailed in countries like France, Spain, and Italy. In the 20th-century, though, it was defeated not by rival religions, but by French, Spanish, and Italian apathy. And you can't help but notice: this defeat by apathy was almost perfectly bloodless. If you object, "None of that could have happened without the Reformation," I say you underestimate the power of apathy.

HT: My sons Aidan and Tristan for bringing some key historical facts to my attention.