Hand-Wringing Over the Demise of the Laundromat

This is not a crisis. It's actually great news 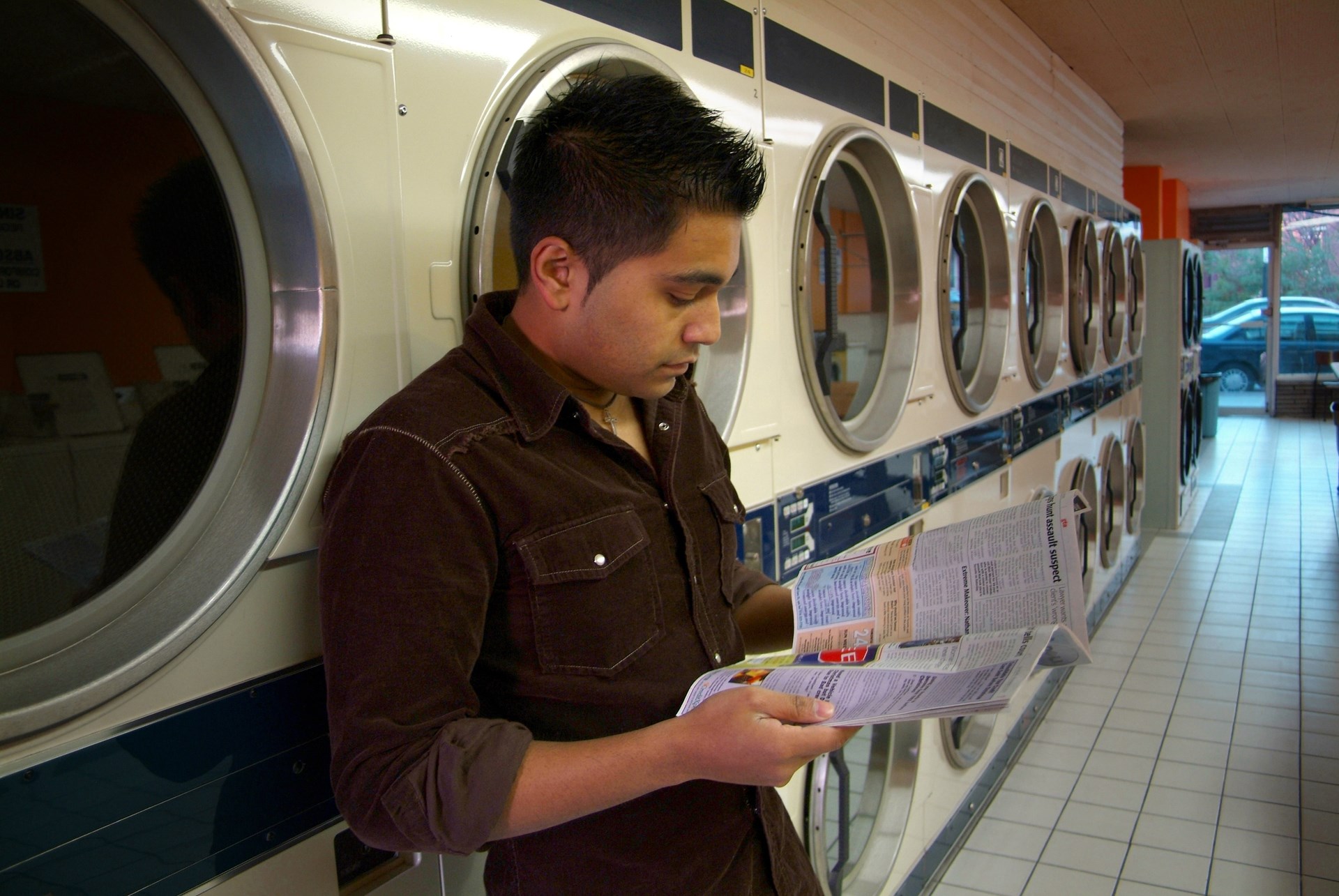 A recent Atlantic article by Marc Vartabedian bemoaned the decline in the number of laundromats in the US. They represent, to the author, a loss of public gathering spaces that have had historical importance in less affluent neighborhoods. Vartabedian rightly points to the increasing rental cost of urban spaces as a key factor as laundromats are becoming more expensive to own and are getting less business.

In a follow-up piece in Inside Higher Ed, Joshua Kim expands on Vartabedian’s argument. Kim points out, quite correctly, that washers and dryers are much cheaper in real terms than they were in the 1950s, which enables more people to own them and not need to use laundromats.

But this correct observation takes Kim in a very wrong direction, as he somehow leaps to the conclusion that this is evidence of increased inequality in the United States as those without washers and dryers are finding it more difficult to access laundry facilities than in years past.

Kim’s conclusion gets matters exactly backward. The demise of the laundromat is evidence not just of growing prosperity in general, but in particular of the increased ability of more Americans to live lifestyles that a generation or two ago were reserved for the most well-to-do. What the data actually suggest is that the lack of demand for laundromat services is evidence of growing equality, as cheaper, cleaner, more convenient in-home washers and dryers are available to more people of modest means.

Washers cost less than 25% of what they did 60 years ago, and dryers cost just under 30% of what they did back then. The rising rents in urban areas are certainly a factor in the demise of the laundromat. As many urban economists have argued, those high rents are often driven by poorly designed government policies that favor higher-income households rather than keeping an equal playing field for long-time residents with lower incomes. But even if poor public policy wasn’t driving up rents, the demand for laundromats would still be falling.

The reason for this growth is the falling real cost of goods and services. If we calculate the number of labor hours one would have to work at the average private sector wage to purchase a washer or dryer, we see this decline. In 1959, a $210 washing machine required 100.5 hours of labor at the average wage of $2.09. A slightly cheaper dryer required 81.3 hours. In 2013, both cost around $450, requiring only 23.3 hours at the average wage of $19.30.

Note that this comparison does not take into account the increase in quality over that period. Having just bought a new washer, I can tell you that even the entry level model such as those used for comparison above have features that washers even a decade ago, much less 60 years ago, did not. They use much less water and electricity, and I can use my phone to communicate an error code to the manufacturer to diagnose any problems. They also just do a better job in cleaning clothes!

With the innovation and competition of the marketplace driving up wages and driving down costs, more Americans are able to own washers and dryers than ever before. It’s certainly true that this means that for the shrinking number of households who don’t own one, it is more of a challenge to find a laundromat than years ago, as I found out in my suburban area when I was waiting for my new machine to be delivered last month.

But that is no different from the pattern of change we see when any technology gets adopted by more people. Ask people who still own typewriters how difficult it is to get them serviced in the age of computers. I haven’t seen anyone argue that this somehow reflects a growth in inequality.

That’s not an increase in inequality, that’s increased access to modern conveniences for a broader swath of Americans. It’s evidence that we are conquering poverty and that life is getting better for all of us.

That Kim thinks this is evidence of growing inequality shows that for some, perhaps many, on the left, fighting “inequality” appears to be more important than conquering poverty. If poverty was their main concern, they would be celebrating the demise of the laundromat as evidence of the increased well-being of the poor. Calling a reduction in poverty an increase in inequality is both inaccurate and distracts our attention from the real improvements in lives of millions in the name of an obsession with the gains of the rich.

Laundromats are incredibly expensive.There are several other reasons that lamenting the end of laundromats is particularly perverse for those who consider themselves progressives.

For one thing, laundromats are incredibly expensive. The Atlantic article reports that the typical poor household could spent as much as $100 or more per month at a laundromat. Being able to afford their own washer and dryer at $450 each means it takes about a year, if we account for water and power, for the in-house appliances to be cheaper than a laundromat. If that washer and dryer last for 15 years, the savings will be huge.

Plus, going to the laundromat means paying for gas and creating emissions. The former is a major expense for the poor, and if one is concerned about the environment, anything that makes people drive unnecessarily is a problem.

Languishing at the Laundry

The laundromat is also wasted time. Time spent at the laundromat is time away from work or home. In-house washers and dryers allow us to multi-task in ways the laundromat does not. For dual-earner households where parent-child time is limited, the ability to spend time with the kids at home while doing your laundry is a huge gain from not having to go to the laundromat.

Despite the best efforts of owners, laundromats are not as clean as most houses and the washers do not do as good a job as home machines, especially more expensive ones. In-house washers means we are cleaner and healthier too.

Ask people who have to use the laundromat if they would be upset to lose that opportunity to be part of a communal gathering place because they could do laundry at home. There’s no doubt what actual laundromat users would say.

Those who care about improving the condition of the poor should be celebrating the demise of the laundromat and the increased ownership of washers and dryer. This process is not without its costs – no form of human progress ever is. But the just as the invention of the washing machine itself was a huge gain to human well-being, especially for women, the increase in the ownership of washers and dryers, and the corresponding reduction in the number of laundromats, is evidence of progress in the fight against poverty.