Growing Tomatoes Might Get Your Home Raided by the Police

As the family sat quarantined in their own living room while the police searched through their most private and intimate belongings, Bob’s wife Addie had a terrible thought: This must have something to do with the family’s tomato garden. 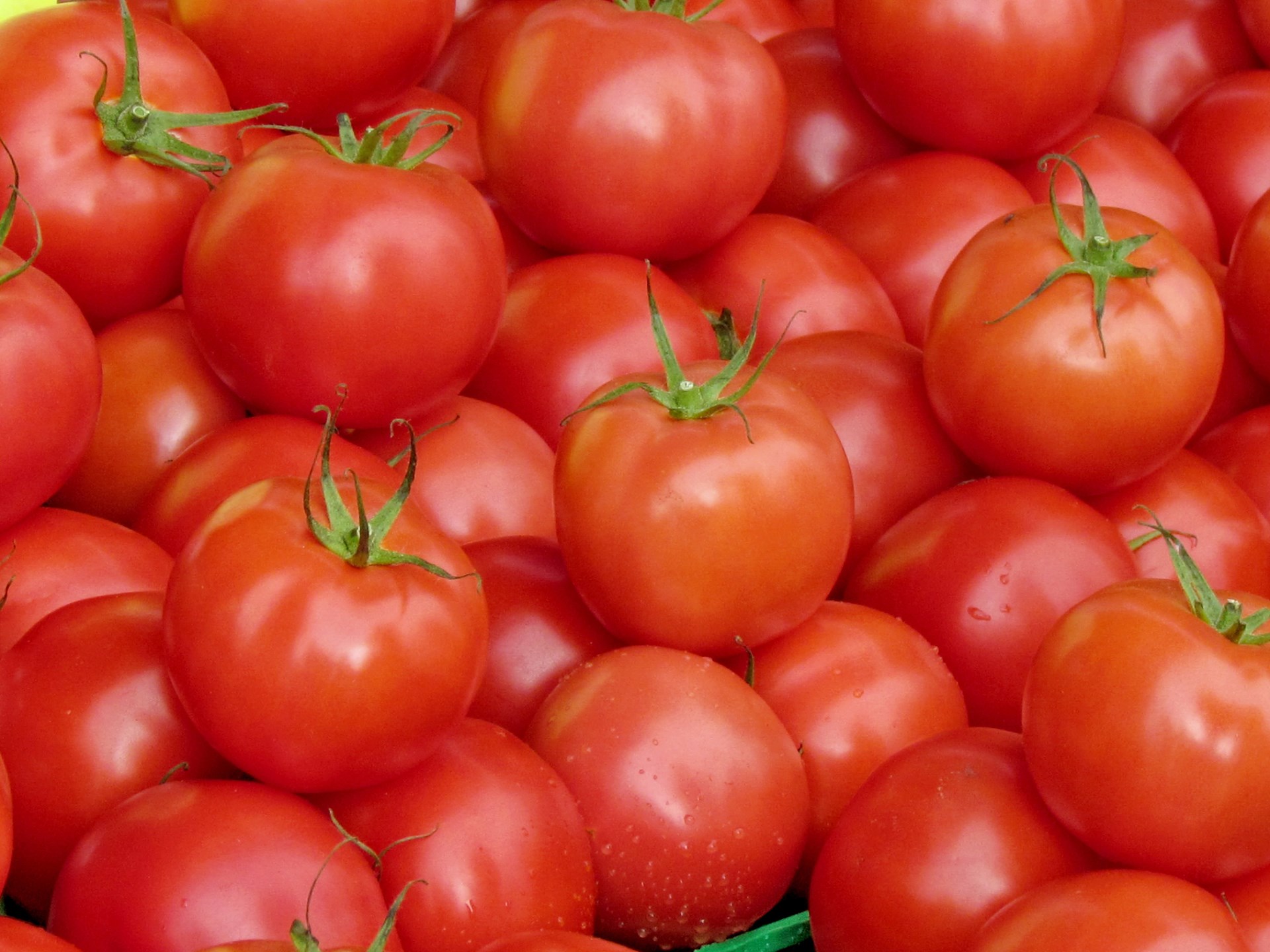 Justice is especially elusive where the war on drugs is concerned. While the news is usually filled with horror stories of families being torn apart and accidental deaths occurring during drug raids, rare instances of justice are precious and inspire hope that the war on drugs may be coming to an end.

After five years of injustice, the Harte family will finally get their day in court.

Last week, one family saw the first signs of justice after a panel of three judges ruled against the state of Kansas and determined that a raid conducted on their home was unlawful and that the search-and-seizure was in violation of the 14th and Fourth Amendments. This ruling will allow the Harte family to take their case to trial, striking down a previous 2015 ruling in which a judge ruled that the officers involved in the 2012 raid were immune to legal action.

Now, after five years of injustice, the Harte family will finally get their day in court.

Banging at the Door

The Harte family began April 20, 2012 just like any other day. Bob Harte arose from bed around 7:20 AM and was about to wake up his two children, who were then in kindergarten and seventh grade.

Soon, Bob heard a banging on the door. At first, he didn’t think too much of the vociferous knock and even considered ignoring it altogether while he enjoyed a few more minutes of precious sleep, but it seemed to only get louder and more powerful as the seconds dragged on.

As the knocking continued, Bob reluctantly made his way downstairs in his pajamas to see who was so anxious to speak to him. As he approached the front entrance of his home he saw through the window that it was a group of police officers standing outside his door. In the instant that he opened the door, the officers on the scene stormed into the Harte home brandishing not only guns, but a battering ram as well. Before Harte even knew what was happening to him, he was flat on the floor while a Johnson County Sheriff’s officer held an AR-15 to his person.

The drug war inhibits the individual right to choose what one puts into their own body.

Disoriented by the chaos, Harte could barely utter a response to the officer who was shouting at him, demanding to know if there were children in the house and where those children were. When reality set in seconds later, Bob remembered that his wife and children were still upstairs sleeping, or at least they had been before the police stormed the home.

“And I’m laying there staring at this guy’s boots fearing for my kids’ lives, trying to tell them where my children are,” Harte said, “They are sending these guys with their guns drawn running upstairs to bust into my children’s house, bedroom, wake them out of bed.”

Unable to remain asleep during the raid, the children and their mother had come running down the stairs and immediately put their hands up upon seeing the police and their guns. Even though they knew they had done nothing wrong, they knew their words would be useless against the state’s guns should they say the wrong thing.

As the family sat quarantined in their own living room while the police searched through their most private and intimate belongings, Bob’s wife Addie had a terrible thought: This must have something to do with the family’s tomato garden.

After hours of searching the Harte's home, police found no trace of drugs.

Much Ado About Nothing

The word “hydroponic” is often associated with the cultivation of marijuana plants, but it is not mutually exclusive to that end. In fact, any crop or plant can be considered “hydroponic” so long as it follows the method of growing plants without soil using mineral nutrient solutions in a water solvent. Unfortunately, Johnson Country representatives either didn’t know this, or didn’t take the time to investigate into the matter, which is how the officers came to be at the Harte’s door in the first place.

The family took great pride in their hydroponic tomato garden, but they never thought for a moment that it would result in a police raid. In fact, Bob found it incredibly hard to believe when his wife suggested to him that all the fuss was probably in response to their garden.

But much to Bob’s surprise, this was exactly why the police had been summoned to his family’s home. Two hours after the police had searched the Harte home for pot, to no avail, the warrant was finally revealed to Addie and Bob which specified that the cops had indeed been there in search of marijuana.

So confident were the county officials in their quest that even before the raid on the Harte home began, they had scheduled a press conference to boast about their victory in the archaic war on drugs. As if the embarrassment of the failed raid wasn’t enough for the county, the Harte’s squeaky clean background only added to the public backlash. Not only did the Harte’s have clean records, they were both former CIA officers.

Understandably angry about the situation and especially the danger their children were unnecessarily put in, the Hartes filed a federal lawsuit against the county, city, and the officers involved. Asking for $7 million in damages, the family alleged that the state had violated its Fourth and 14th Amendment rights.

One of the main concerns with the raid was the lack of investigation conducted prior. Had the officers done their background research they would have known that the Hartes were growing nothing more than tomatoes. However, as the Washington Post  points out, the Harte situation also highlights how easy it has become for unintended casualties to occur in the war on drugs. Shoddy investigatory work and even fabrication have given officers the “authority” to break into homes without suitable proof of wrongdoing.

The state made the Hartes feel like criminals and endangered the lives of their kids.

“You take the Constitution, the Bill of Rights, all the rights you expect to have — when they come in like that, the only right you have is not to get shot if you cooperate, they open that door, your life is on the line,” Bob Harte commented.

This policing practice goes back to 1997. In that year, Sgt. James Wingo of the Missouri Highway Patrol took it upon himself to conduct surveillance in the parking lot of a hydroponic supply store. Of course, as with the Hartes, this store is patronized by a variety of people, many of whom are there to tend to their vegetable gardens and nothing more. Wingo stated in emails that his goals were logical since these supply stores, “sell items that are consistently found in indoor marijuana growing operations.”

Unfortunately, the war on drugs was already well underway when Wingo began his endeavor against hydroponic gardeners, which made it appealing to other law enforcement officials. By 2011 “Operation Constant Gardner” had been accepted by law enforcement outfits all around the country, including Kansas.

One of the major flaws with this covert operation, besides the fact that it perpetuates the war on drugs and takes away the right of an individual to decide what they put into their own body, is the fact that it actually encouraged inadequate investigations. The operation mostly consisted of officers taking down the license plate numbers of customers entering supply stores and only required two weeks to “initiate a brief investigation” before acting on their information. All this information was then stored in a database to target potential marijuana growers.

The war on drugs has claimed many innocent victims over the years.

Another aspect of this operation involves a uniform strike against all suspects. Wingo, surely patting himself on the back for his cleverness, decided that the block of raids would occur on April 20th, a day typically viewed as a holiday among marijuana users. Over 30 separate agencies participated in the first round of raids and the news was met by what Wingo described as positive media coverage, which is why he decided to continue the April 20th raids in 2012, the same raid that targeted the Hartes.

Since Wingo was lacking when it came to suspects by the time 2012 rolled around, he wasn’t going to let this stand in his way. The family’s minivan had been spotted in a hydroponic supply store parking lot during the summer of 2011 which made them targets of local law enforcement participating in Operation Constant Gardner.

Even though the Hartes were completely innocent, the state had made them feel like criminals and endangered the lives of their children by failing to do proper investigatory work.

“They know I can’t protect them,” Addie Harte said in regards to her children and the raid on their home. She continued, “Our family will never be the same.” To make matters worse, the Hartes were not given any substantial information about why they were targeted in the first place. All the family was told after the raid turned up absolutely no marijuana is that they had been on a list and were being watched because “seeds and stems” were found on their property. Another officer on the scene then accused the Harte’s son of smoking pot.

In the wake of the raid, the Harte children dealt with severe trauma, even growing anxious every time the family drove by a police station or patrol car, again demonstrating the damaging impact these baseless raids have on their victims. Unwilling to simply move on from this experience the Hartes fought back.

After filing suit, the couple obtained government documents that stated that “wet glob vegetation” had been found in the family’s trash. There was no mention of any “stems or seeds.” This “wet glob” was later discovered to be the remnants of Addie’s daily hot tea, showing just how inadequate the officer’s inquiry had been. The officers claimed they tested the waste and that it did come back positive for traces of marijuana, but conveniently enough they also claimed to have forgotten to actually document the test results.

Unfortunately, this situation is not exclusive to the Harte family. The war on drugs has claimed many innocent lives over the years and has sent several more behind bars. In light of the Harte’s debacle, there is no telling how many other victims were faultless but found no recourse against state actions.

While the outcome of the case is still unknown, the Harte’s case has implications that reach far beyond the scope of their own isolated instance. For those who never got their day in court, the Harte’s trial could signal a changing of the times and an ushering in of an era of improved accountability on the part of law enforcement.