It should not be a political pursuit to make religious beliefs align with national identity. 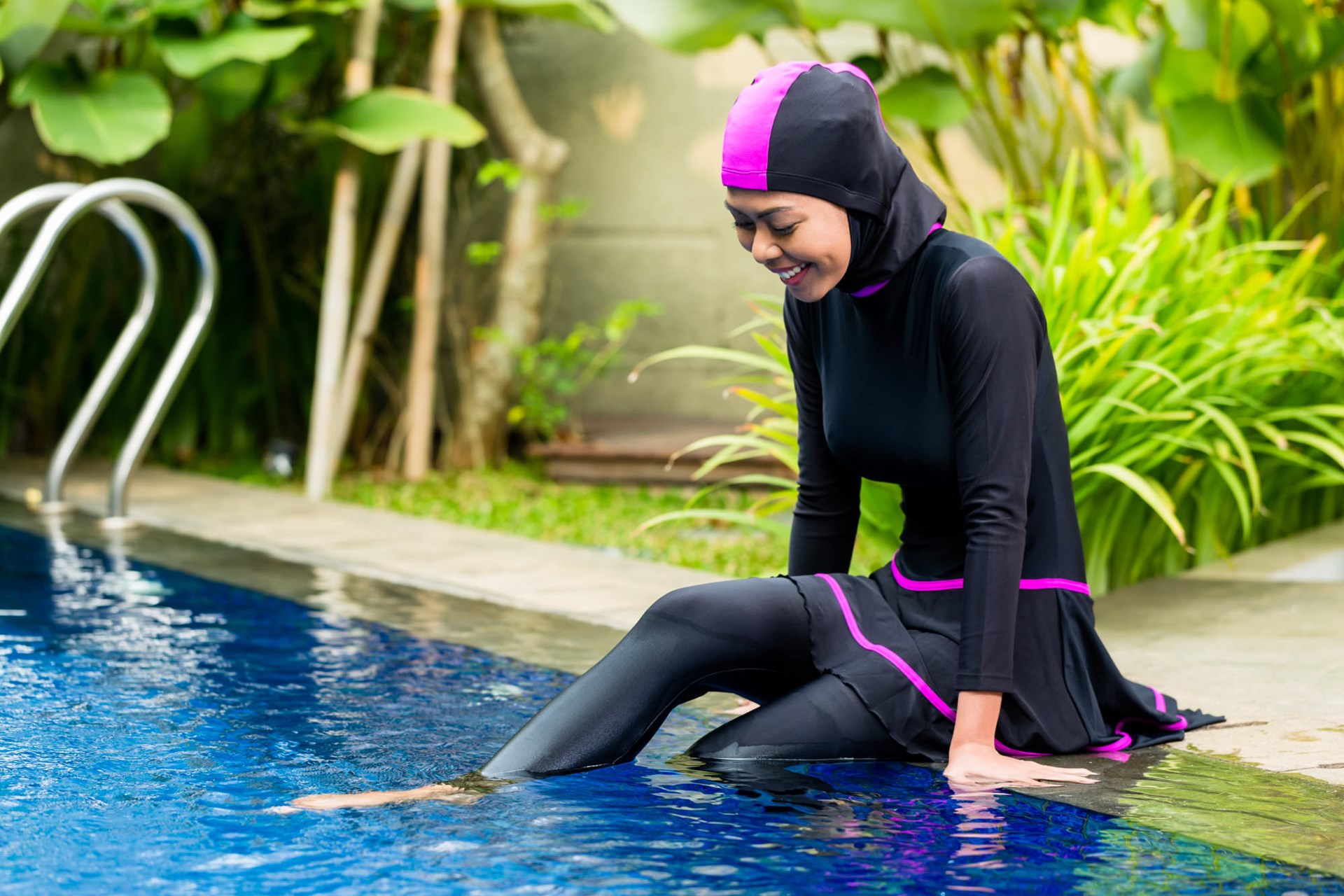 On the 28th of July the municipality of Cannes, one of the iconic tourist destinations on the French Riviera, banned the use of the burkini on public beaches. The edict that has been decided on by the conservative mayor states that swimwear should ‘respect the principles of common mores, hygiene, security and secularism’.

On the 13th of August the municipality of Villeneuve-Loubet joined Cannes in their ban. The mayor was quoted as follows:

“Being in the republic means that you don’t come to a beach to show your religious affiliation, especially since this is a false conviction: the religion doesn’t ask for this behavior [of covering up].”

He also accused the women who wear burkinis of isolating themselves in ghettos.

In the light of the recent terror attacks in France, let’s not pretend that this measure is without context. But even if the two mayors did not have the intent of targeting Islam in particular, the media and public discourse made the discussion about religion.

A Twisted Notion of Secularism

When the mayor of Cannes called his ban ‘a respect for the principle of secularism,’ he indeed thought that secularism should reign over individuals’ expression of religious beliefs.

In France, the famous law of 1905 (there was a time when laws weren’t made on a daily basis and you could remember them by their year) implemented the separation of church and state. This law declared the French Republic neutral towards religion. Religious communities now had to provide for their finances themselves. This broke up the previous relationship between religion and the government by getting rid of Napoleon’s Concordat of 1801. The former emperor had reconciled the Roman Catholic Church with what had been the secular rage of the French Revolution by making priests and bishops pledge allegiance to the French Empire and paying their salaries. Who would have thought that major financial aid would appease Rome and put an end to the civil war.

1905 made the République cease to be a Catholic country. The law was a product of long legislative efforts and was and is strictly enforced. For instance, wearing a cross as a necklace while working in the ticket office of the state-run train company SNCF would be unacceptable, since state-employed personnel has to show absolute religious neutrality.

Outside of the legal notion, it remains problematic that there is a fundamental misunderstanding in the general public and among politicians as to who secularism applies to. While secularism governs the (non-)relationship between church and state, it’s often being confused for a limit to religious freedom. When the mayor of Cannes called his ban ‘a respect for the principle of secularism,’ he indeed thought that secularism should reign over individuals’ expression of religious beliefs.

The French political mainstream promotes the concept of streamlining religious cohesion through national identity. In practice, this means that politicians and religious leaders are supposed to refer to the Islamic community in France as the ‘Islam of France’. What might semantically not be as powerful in the English language, translates in French (“Islam de France”) to Islam adhering to the Republican values and the common national identity.

The content of the Quran and the Hadeeth are not reconcilable with the French social laissez-faire attitude, let’s not pretend the contrary.

Many municipalities circumvented the law of 1905 and subsidised local Muslim communities (with support up to one million euros) ‘as a way to deal with and foster the integration of immigrants from Algeria.’ Former French president Nicolas Sarkozy made this issue political during his time in office, by massively increasing the construction of mosques through the hand of the central government, which was one of his 2007 election promises. He called it the act of ‘catching up,’ evening out the financial differences that exist between Islam and Christianity.

These factors, paired with the terrorist attacks, the illegal praying in the streets (that eventually had to be banned but still often goes on regardlessly) or the #HijabDays in French schools eventually lead to the rise of hardline nationalist parties as the National Front of Le Pen. The burkini ban is just one of the symptoms, not the cause.

There Is a Way Out

The solution would seem to be easy: go back to 1905 and be stricter on secularism. But, if it is too easy to be true it is probably not true.

France cannot pretend that going back to 1905 would solve the problem, since this disregards how Islam has changed the perception of religion and public discourse. The content of the Quran and the Hadeeth are not reconcilable with the French social laissez-faire attitude, let’s not pretend the contrary. In 2008, when Sarkozy started massively subsidising mosques, only 14% of Muslims considered themselves first as French opposed to first as Muslim, and a solid 17% was of the opinion that Sharia Law should be implemented in France without any exception (37% were for a “partial implementation”). In a new poll that came out on Sunday, this trend seems to be confirmed: 28% of surveyed Muslims were categorised as having a value system ‘clearly outside of Republican [used to describe French values of liberal democracy] values, while clearly also rejecting any form of secularism.’ Twenty-five percent were categorized as neither opposed nor in favor of these values. Without a reformation of the faith, practicing Muslims will never be able to claim to be aligned with ‘French values’.

It should not be a political pursuit to make religious beliefs align with national identity.

It’s not enough in France to be free of oppression, but to also show this freedom. French women have shown this by breaking the classic conservative European perception of what is acceptable in revealing clothing and nudity: the modern bikini was given to us by French post-war fashion (and also a product of textile shortage, but we’re not complaining are we?). The French newspaper le Figaro wrote at the time:

"People were craving the simple pleasures of the sea and the sun. For women, wearing a bikini signaled a kind of second liberation. There was really nothing sexual about this. It was instead a celebration of freedom and a return to the joys in life.

Nowhere are nude beaches as prominent as in France. I’m not sure we’re ready to see a woman wearing a burkini smoking a cigarette and drinking coffee and have the temerity to call it French. Unlike our American counterparts, nationality is attached to a certain (stereotypical) mindset.”

What France needs to do is discover the principle of 1905, by separating the institutions from religion, refraining from financing religious buildings, understanding that secularism means neutrality even if religion comes at odds with the national identity. It was the exact historical point of secularism that 2nd and 3rd religions were different from what was perceived as acceptable social behavior, but were allowed to practice nonetheless.

What does this imply? By all means it should not be banned to put on a burkini, or a burka for that matter. And neither should it be a political pursuit to make religious beliefs align with national identity. It’s a ‘living together’ opposed to a ‘living as one.’ Government should uphold the law, not meddle into the psychology of a country.

If France does not embrace the concept of the night-watchman state, then the claim that social tensions inside the country will only get worse is an obvious prediction and hardly news.