When Americans trade with foreigners, we’re better off — and so are they. 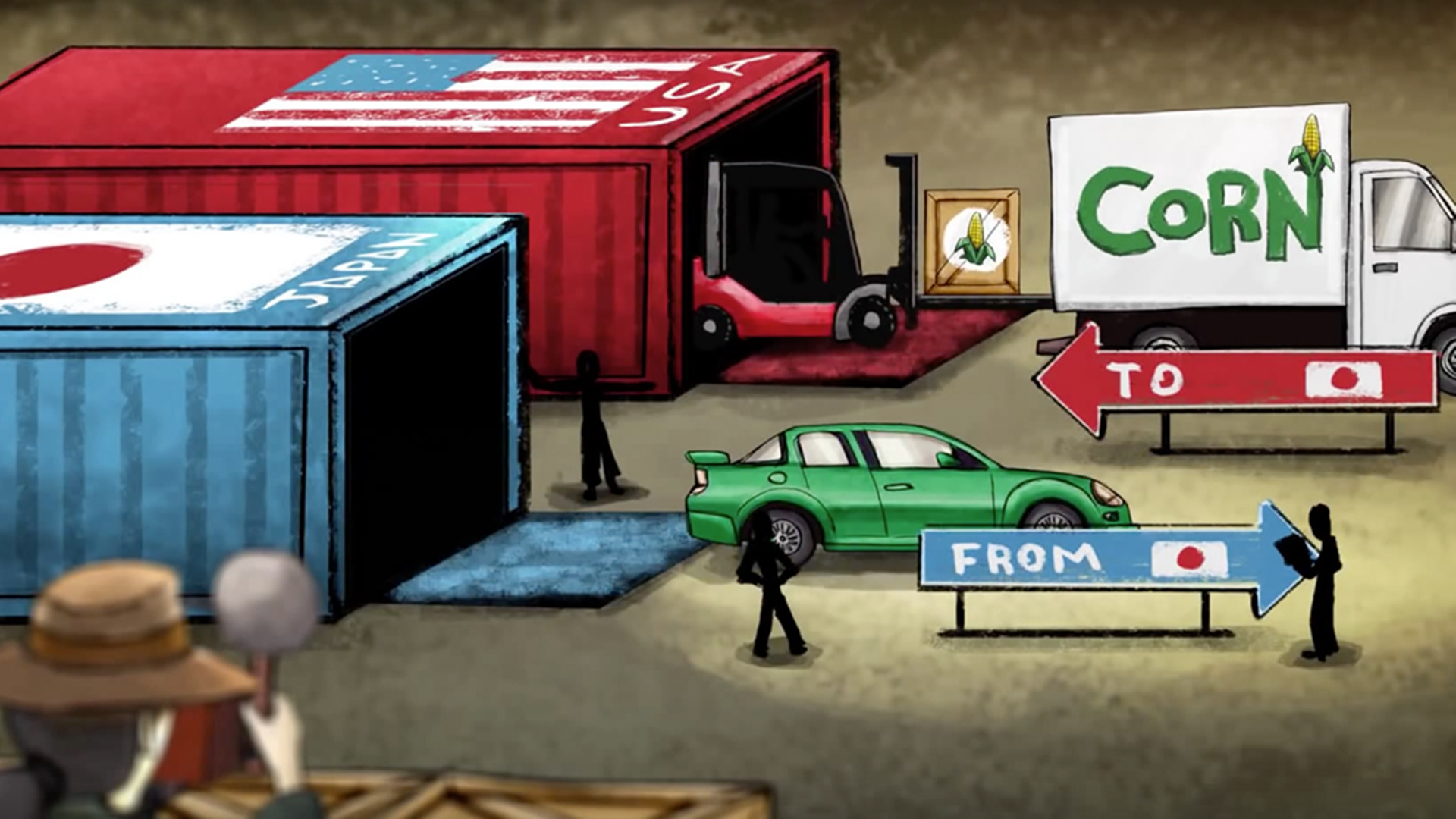 When we teach international economics to college students, economists invoke something called “comparative advantage.” Our best argument, though, is a story.

Imagine that a visionary scientist announces he’s discovered a way to turn corn into cars. Everyone laughs at him. His fellow scientists call him a crank, but he builds a factory in an abandoned port, and lo and behold, corn goes in and cars come out.

A bunch of dock workers are unloading cars from a Japanese ship and filling it with corn to take back to Japan. The competition hurts existing auto workers, but Americans are clearly far richer as a result of the scientist’s amazing discovery. Cars that only the rich could drive before are now affordable for all.

One day, though, a journalist sneaks into the factory and discovers the scientist’s secret. A bunch of dock workers are unloading cars from a Japanese ship and filling it with corn to take back to Japan. He snaps some pictures and frantically writes an exposé. The next day’s headline reads, “Corn-Made Cars a Fraud.”

The government shuts down the company and sends the founder to jail for breaking every foreign-trade law on the books.

The point of the story is the visionary scientist did have a way to make corn into cars. What difference does it make what’s inside the factory?

Foreign Trade Is a Technology

For all practical purposes, foreign trade is a kind of technology, a creative way to reduce our cost of living and thereby raise our standard of living. The fact that we keep looking for a dark lining in this silver cloud is a symptom of what I call anti-foreign bias, human beings’ tendency to underestimate the economic benefits of dealing with people from other countries.

From the American point of view, technology and trade are the same. From the human point of view, however, trade is better because, after all, trade is made of wins. The corn-into-cars story is the heart of economists’ case for trade, regardless of other countries’ trade policies.

When people say, “We can’t have free trade because other countries don’t,” economists yearn to respond, “If all your friends were jumping off the Brooklyn Bridge, would you jump too?”

The 19th-century economist Henry George mocked protection against foreign products as a self-enforced blockade. What protection teaches us is to do to ourselves in times of peace what enemies seek to do us in times of war.

Immigration Is a Good Deal

If that’s economists’ quick case for trade, what’s their case for immigration? More of the same. Another name for immigration is trading labor, and as we’ve seen, trade is just a technology.

Almost all economists think that trade and immigration are greatly underrated. If a company invented a self-driving lawn mower, Americans would rejoice. From the American point of view, the immigration of gardeners from, say, El Salvador has exactly the same effect as the invention of a self-driving lawn mower. Our cost of living goes down, our standard of living goes up. As a happy side effect, the Salvadorans get a huge raise, a raise that allows them to give their families a better life.

This doesn’t mean that most economists want us to adopt free trade or free immigration overnight. The real world is full of complications. Nevertheless, almost all economists think that trade and immigration are greatly underrated.