“We want a Supreme Court,” declared President Franklin Roosevelt in March 1937, “which will do justice under the Constitution — not over it. In our courts, we want a government of laws and not of men.”

A month earlier, the very same FDR announced his plan to “pack” the Supreme Court with enough additional justices to accomplish precisely the opposite. The last thing FDR wanted was a court that defended the Constitution; he preferred one that would meekly sanctify the centralizing nonsense of his New Deal.

Four justices in particular drew FDR’s wrath in the 1930s. They did the job they were sworn to do: uphold the Constitution as it was written against all attempts to subvert it or the liberties of the people it protected. They were respected legal scholars of the first order. Unlike Roosevelt, they didn’t think it was their duty to torture the Constitution until it confessed to federal powers never dreamed of by those who designed it. Power and political expediency were not among their priorities. These four heroes were George Sutherland, Willis Van Devanter, James Clark McReynolds, and Pierce Butler.

In few law schools today are these four defended as heroes. They are, in fact, commonly vilified as legal Neanderthals who stood in the way of FDR’s vast expansion of federal power to deal with the Great Depression.

Unlike FDR, these four justices didn’t think it was their duty to torture the Constitution until it confessed to federal powers never dreamed of by those who designed it.

Progressive intellectuals in the 1930s labeled them with the epithet “the Four Horsemen” — comparing them to the biblical harbingers of the Apocalypse. But I count Sutherland, Van Devanter, McReynolds, and Butler as four of the most principled and courageous of the 112 individuals appointed to the court since 1789.

None of these men was perfect. Sutherland defended sugar tariffs as a Utah congressman and supported much of Theodore Roosevelt’s progressive agenda as a senator. Van Devanter of Indiana suffered from chronic “writer’s block” or “pen paralysis” and wrote few opinions in his 26 years on the court. Kentucky’s McReynolds could be cantankerous and even bigoted. It’s hard to find more than a minor flaw, however, in the life or writings of Minnesota’s Pierce Butler — a perfect gentleman and a constitutional stalwart who cast the lone dissent in a 1927 eugenics decision upholding the right of states to forcibly sterilize the “feeble-minded.”

In 1925, Butler was joined by Sutherland, Van Devanter, McReynolds, and the rest of the court in striking down an Oregon law that outlawed private schools and mandated attendance by all Oregon students at government schools. McReynolds authored the opinion in Pierce v. Society of Sisters, declaring that children were not “mere creatures of the State.” The freedom to choose a private education, he wrote, was protected by the Constitution (the 14th Amendment in particular).

When Franklin Roosevelt’s New Deal came along, no one opposed its dubious legal assumptions with more vigor and impact than these four men. In academia, it’s still fashionable today to support the New Deal’s federal power grabs as essential and effective, but they were neither. The measures expressly intended to remedy the Depression actually prolonged it and were mostly abandoned or repudiated later. Sutherland, Van Devanter, McReynolds, and Butler wisely saw much of the New Deal as economic and constitutional quackery.

With the “Four Horsemen” leading the way in 1935, the Supreme Court voted unanimously to overturn FDR’s centerpiece: the National Industrial Recovery Act, a price-fixing artifice aimed at cartelizing American industry and forcing prices up at a time of widespread poverty and unemployment. The specific case involved a poultry company and whether or not consumers had the legal right to choose the chickens they wanted to buy. The government’s lawyers claimed they didn’t, invoking frequent outbursts of derisive laughter during the oral arguments before the court.

In 1936, Chief Justice Charles Evans Hughes and Justice Owen Roberts joined the four in tossing out FDR’s ludicrous Agricultural Adjustment Act. The law imposed a tax on agricultural processors and used the revenue to pay for the destruction of healthy crops and cattle so as to raise prices. The court held that the tax was not constitutional because the payments from its revenues to farmers were coupled with coercive contracts. The justices couldn’t find any nook or cranny in the Constitution that authorized subsidies to farmers for destroying or reducing their crops. (I can’t, either.)

Justice Sutherland, who once flirted with progressive ideology, defended the Constitution in these and other cases with the ferocity of a strict constructionist. In the 1934 case of Home Building & Loan Association v. Blaisdell, he wrote, “If the provisions of the Constitution be not upheld when they pinch as well as when they comfort, they may as well be abandoned.”

The four’s reverence for the Constitution was on brilliant display when, joined by a fifth justice, they refused to treat the Commerce Clause like a piece of taffy in the 1936 case Carter v. Carter Coal Company. That a commodity might in the future be sold in interstate commerce does not grant the federal government the power to regulate it before it ever leaves a state, the court ruled. The law the justices threw out required mines to pay a tax on coal to support a commission established to fix wages, prices, hours, and other elements of production and trade — a proposition so constitutionally dubious that it should have been laughed out of Congress in the first place.

When Franklin Roosevelt’s New Deal came along, no one opposed its dubious legal assumptions with more vigor and impact than these four men.

Sutherland, Van Devanter, McReynolds, and Butler teamed up many times in the roughly 20-plus years they served together on the court — invariably to restrain the federal government in its pursuit of powers not granted to it in the Constitution. They were the principal (and principled) men FDR had in mind when he sneered at “those nine old men” of the Supreme Court.

Sadly, the four were outnumbered in the very important Gold Clause Cases of 1935. Two years before, FDR had issued an executive order demanding that American citizens surrender all gold coins, bullion, and gold certificates within a month or face penalties of $10,000 and/or 10 years in prison. Congress followed up with a resolution that arbitrarily canceled all clauses in private and public contracts that called for payment in gold. In blatant disregard for private property and agreements, the court upheld the seizures by a narrow 5–4 margin. Americans would not be allowed to own gold again until 1974. (It is thanks in great measure to the heroic efforts of a single individual, James Blanchard, that private ownership of gold is once again legal.)

In his blistering dissent in the gold clause cases decision, Justice McReynolds wrote,

Just men regard repudiation and spoliation of citizens by their sovereign with abhorrence; but we are asked to affirm that the Constitution has granted power to accomplish both. No definite delegation of such a power exists, and we cannot believe the far-seeing framers, who labored with hope of establishing justice and securing the blessings of liberty, intended that the expected government should have authority to annihilate its own obligations and destroy the very rights which they were endeavoring to protect. Not only is there no permission for such actions, they are inhibited. And no plenitude of words can conform them to our charter.

The four were pilloried in the pro-FDR media and in the progressive ivory towers of academia. Whipped up by Democratic partisans, they were even hanged in effigy in some communities. Their high water mark was 1937, the year that FDR proposed his court-packing contrivance. When the president’s own party turned against it, the scheme failed by a better than two-to-one margin in Congress. By the early 1940s, however, retirements opened the door for Roosevelt to put his ideological allies on the court.

In Utah today, a think tank named for one of the four — George Sutherland — labors to make liberty and limited, constitutional government the lodestars of public policy in that state. Stan Rasmussen is the director of public affairs for the Sutherland Institute. He regards the organization’s namesake as a man who evolved into “a devoted protector of individual freedom.” Rasmussen is fond of quoting these words of Sutherland’s, spoken a year before his passing in 1942:

Good character does not consist in the mere ability to store away in the memory a collection of moral aphorisms that runs loosely off the tongue.… Character to be good must be stable — must have taken root. It is an acquisition of thought and conduct which have become habitual — so firmly fixed in the conscience, and indeed in the body itself, as to insure unhesitating rejection of an impulse to do wrong. 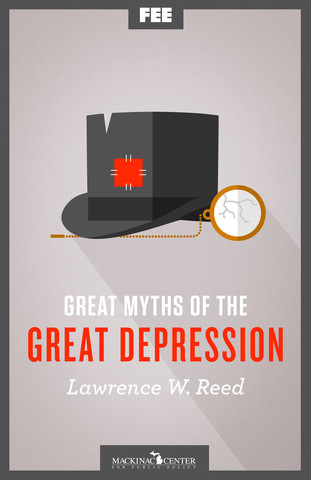 Perhaps it was Sutherland’s emphasis on the importance of character that led him to appreciate liberty, which, I’ve argued, is the other side of the same coin. In his dissenting opinion in the 1937 case that upheld extraordinary coercive powers for organized labor, he penned this eloquent appeal:

Do the people of this land … desire to preserve those [liberties] so carefully protected by the First Amendment: liberty of religious worship, freedom of speech and of the press, and the right as freemen peaceably to assemble and petition their government for a redress of grievances? If so, let them withstand all beginnings of encroachment. For the saddest epitaph which can be carved in memory of a vanished liberty is that it was lost because its possessors failed to stretch forth a saving hand while yet there was time.(emphasis added)

John Wilkes: The Hero of Liberty Who King George III Arrested for ‘Sedition’

Why Heroes Matter—And Now More Than Ever

The Senator Who Saved America From FDR’s Court-Packing Scheme