Data featured in a recent New York Times articles suggests that it may not be delivering the benefits it promised. 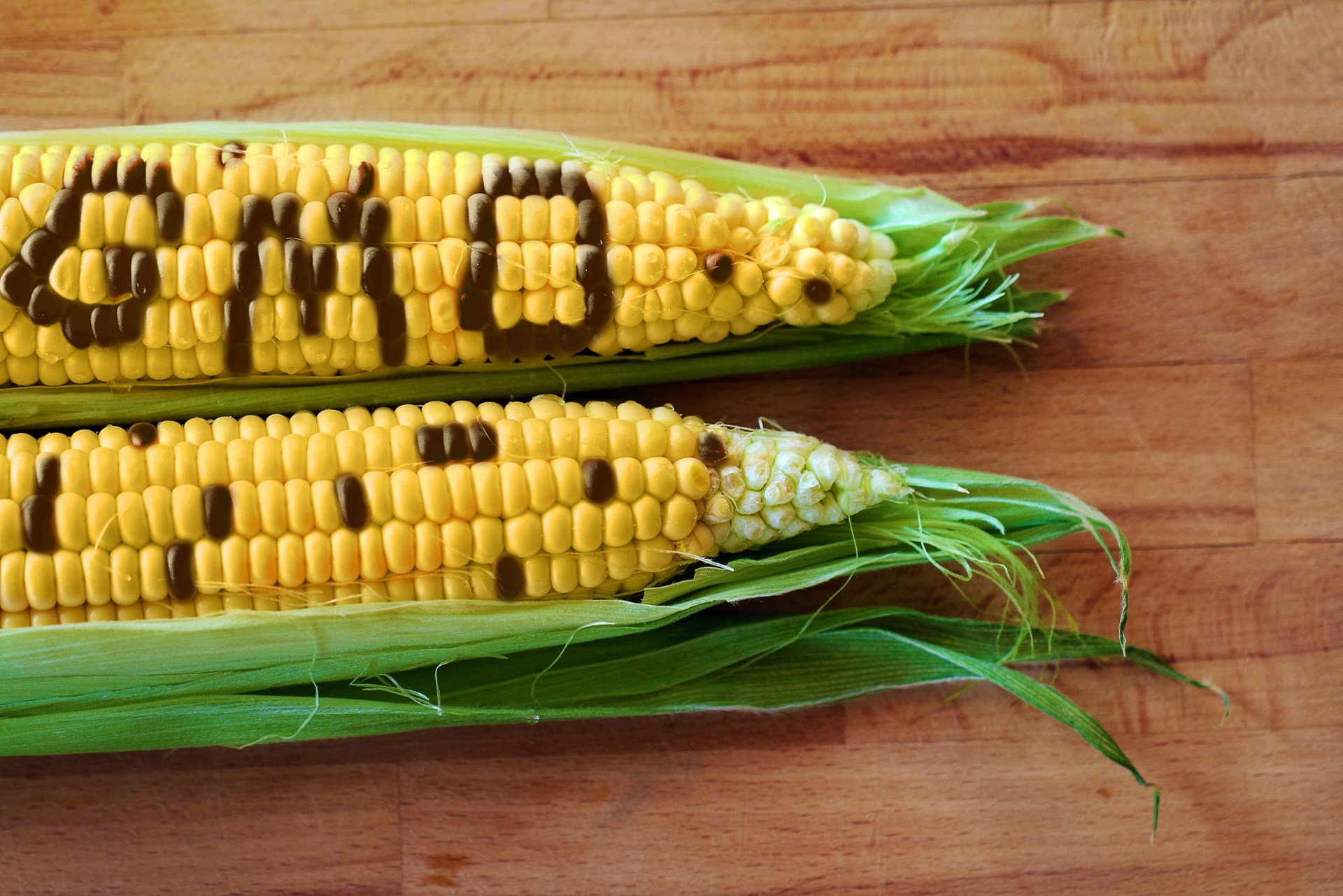 The NYTimes has an excellent feature on genetically modified crops, written by Danny Hakim joined by Karl Russell on data. The usual story is about a battle between fears of contamination on one side and the potential of increased yields on the other but the Times story is about how genetically modified crops have failed to increase yields or reduce pesticide use. This has been discussed in the scientific literature for a few years (e.g. here) and Tom Philpott at Mother Jones has covered the story earlier but the Times story really brings it home in a dramatic way. The graphics are especially good.

Here’s one graph showing corn crop yields in the United States, which uses GMOs, and Western Europe which does not. See the difference? 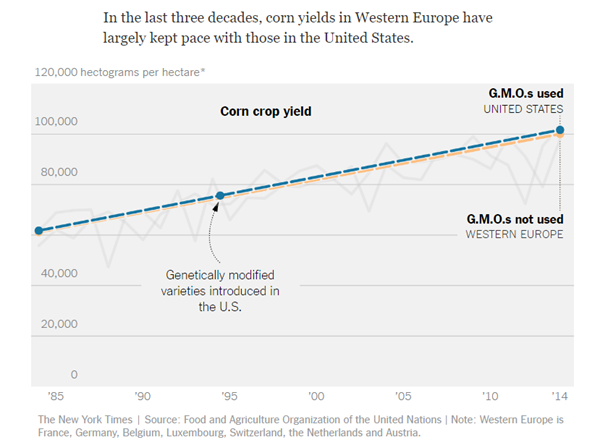