It’s not the student’s fault for voting their conscience, but it’s being used by the media to drive a narrative the media wants to hear. 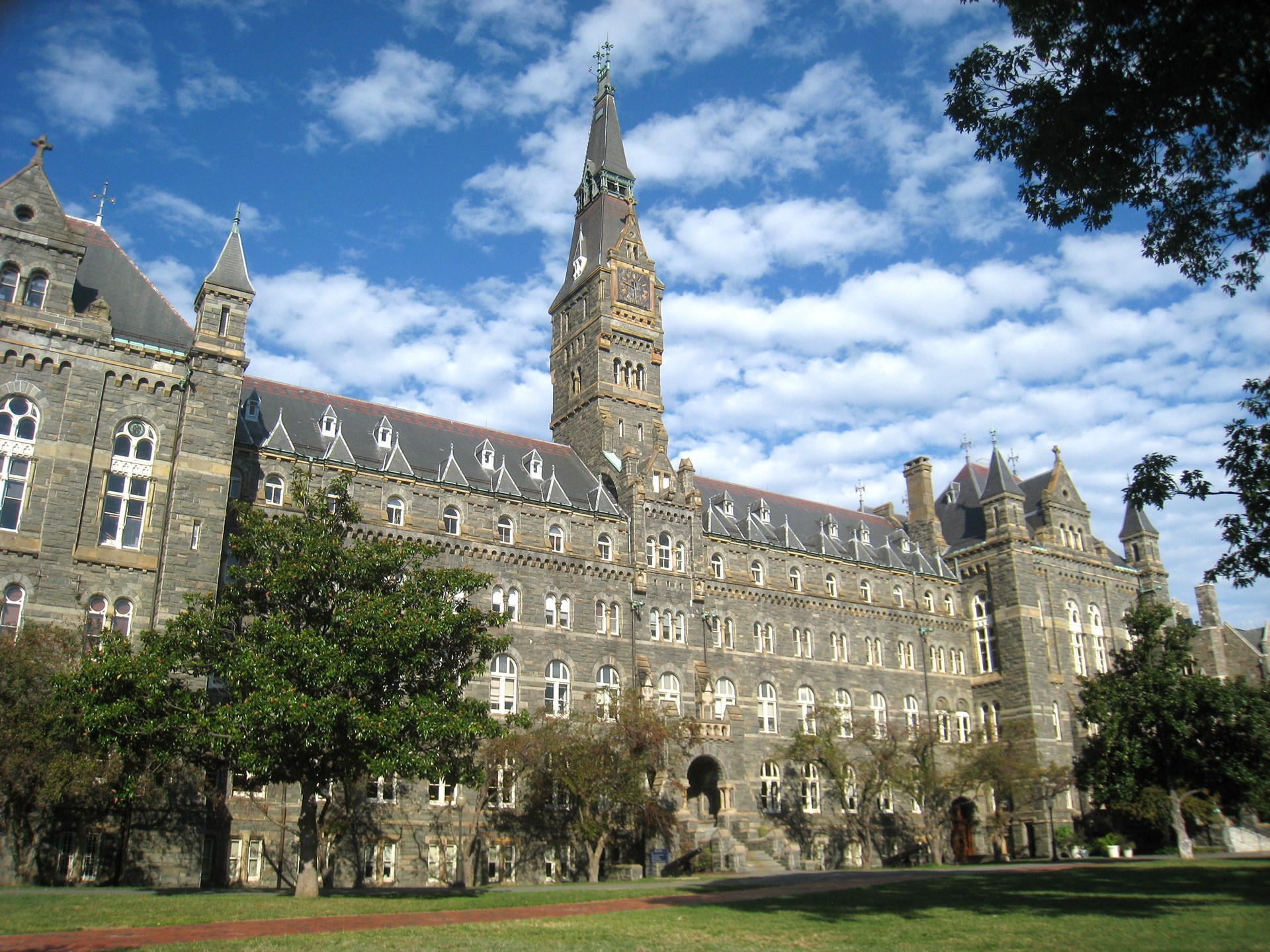 The Georgetown University undergraduate student body recently elected to pay reparations for the sale of 272 slaves by the university in 1838, which it used to settle debts. In 2019, this amounts to a $27.20 per-semester fee for each student.

This is not an argument for or against reparations; it’s about statistical purity and the media’s propensity for lackadaisical groupthink progressivism.

The comments fit a narrative. As CBS News reported:

Georgetown University undergraduates have voted by a large margin in favor of a referendum seeking the establishment of a fund to benefit the descendants of enslaved people sold to pay off the school's debts.

In reality, 2,541 students voted for the reparations and 1304 against. Turnout was only 57.9 percent of the current student body. The proper understanding is that 66 percent of the 58 perent who voted approved reparations. The structure of the vote was a voluntary response, i.e., only students that feel passionate about the bill one way or the other would click on the link sent out to them.

This logically implies that most of those who didn't vote likely did not feel passionately about the issue. By definition of the format chosen for voting, those who do not respond either are not in favor of reparations or at least do not feel strongly enough to vote in favor of them. The takeaway: Only 38 percent of the current student body actually supports the referendum enough to take the 30 seconds to vote in favor of it. However, the media used these results to claim that the university "overwhelmingly voted" for reparations. This is true in one sense, but at its intended core, it’s an exaggeration.

It’s not the student’s fault for voting their conscience, but it’s being used by the media to drive a narrative the media wants to hear.

Let’s be very clear. It’s not the student’s fault for voting their conscience in either direction. It’s being used by the media to drive a narrative the media wants to hear and they want to talk about. Honestly, would there be the same media appetite for a vote about a crusading issue of the right?

The authors of this article reflect fondly on our time at Georgetown. It was transformative. Without question, it made the senior author a well-rounded physician rooted in curing the whole person. It introduced the junior author into the journey of complex mathematics. It pushed us. And we made friendships that will last a lifetime.

And, bluntly, the free market encourages or even demands diversity of opinion, thought, creed, color, sex, etc. All should be judged on talent, hard work, and outcome only. The wider the spectrum of competitive students, the better the final product can be. This is somewhat sacrosanct. Georgetown continues to look in that direction.

But the $27.20 per student is an interesting choice. The thought is that students benefit from the university’s privilege. The proper phrase is that sometime in the future they may benefit.

Once we allow political agenda to override integrity of debate and story, we stand orthogonal to the fundamentals of higher education.

What about the college administration? They seem to be benefitting now. In 1980-81 colleges (private and public) spent $13 billion on academic support and $20.7 billion on actual instruction. By 2015, $122.3 billion was spent on administrative expenses with $148 billion going to direct academic instruction. The impending national scandal lifted the veil and tarnished the college admission industrial complex.

Georgetown is a private university, and assuming the proper ethics and procedures were followed in the election, there is merit to debating the outcome. We would argue this needs to be properly discussed, framed, and viewed through a consequentialist framework. But once we allow agenda—on either end of the political spectrum—to override integrity of debate and story, we stand orthogonal to the fundamentals of higher education.

Richard Menger MD MPA is a neurosurgeon and a graduate of the Harvard Kennedy School of Government. He is a lead editor of the textbook "Economics, Business, Policy of Neurosurgery."

I am currently a Graduate Assistant in the Department of Statistics at the University of Connecticut. In the last decade or so we have seen a shift in many business sectors from descriptive to prescriptive analytics. As researchers, we are at the forefront of this movement, with a continued responsibility to uphold the integrity of research.