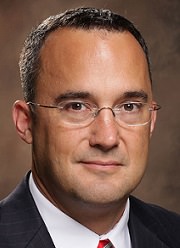 In 1880, San Francisco tried to run Chinese people out of the laundry business by requiring a special permit to operate wooden laundries. Every Chinese person who applied for a permit was denied, while every white person—with a single exception—was approved. The California Supreme Court found no problem with this.

Meanwhile, it was illegal for women to practice law in Illinois and a crime to marry outside one’s own race in Alabama and elsewhere. The intellectual foundations were also being laid for the American eugenics movement, which would eventually see the forcible sterilization of more than 60,000 citizens deemed “socially inadequate” by government officials.

The U.S. Supreme Court has since rejected every one of those practices under a single provision of the U.S. Constitution: the Fourteenth Amendment.

Did the Fourteenth Amendment make America freer? If freedom is defined as the ability to live one’s life without unreasonable government interference, then the answer is emphatically yes.

To understand how the Fourteenth Amendment protects liberty, it is necessary to know what prompted its adoption in 1868.

In the aftermath of the Civil War, many Southern states tried to keep emancipated blacks, called “freedmen,” in a state of constructive servitude. This involved a ruthless campaign of oppression against freedmen and their white supporters, including censorship of speech supporting racial equality; severe limits on the ability to travel, work, and own property; and stripping them of the right to own guns for self-defense. In one Kentucky town, for example, it was reported that the marshal took “all arms from returned colored soldiers” and was “very prompt in shooting the blacks” whenever the opportunity arose.

This unrelenting assault on liberty was facilitated by the fact that the only place its victims could seek redress was in local courts whose judges showed little inclination to enforce state constitutional rights on behalf of out-groups like the freedmen, white Unionists, immigrants, and women.

Unlike today, those who were silenced, dispossessed, and stripped of the ability even to defend themselves from mob violence could not invoke the protections of the Bill of Rights, nor could they turn to the federal courts as we routinely do now. The reason for that was an 1833 decision called Barron v. Baltimore in which the Supreme Court held that the freedoms protected by the Bill of Rights applied only against the federal government and not the states.

The Fourteenth Amendment was designed to change that by establishing two basic points: (1) everyone born or naturalized in the United States is an American citizen, and (2) states may not enforce laws that interfere with the “privileges or immunities” (a term then synonymous with “rights”) of American citizens, nor may states deprive any person of due process or equal protection of the laws. And while the Supreme Court initially botched its interpretation of the Fourteenth Amendment in an 1873 decision aptly named The Slaughterhouse Cases, it gradually embraced the notion that the Fourteenth Amendment should be applied in a manner more consistent with its text, purpose, and history. This included setting aside Barron v. Baltimore and “incorporating” most of the two dozen or so discrete provisions of the Bill of Rights against the states. (A more detailed discussion of this history, including a short documentary video prepared by my colleagues and me at the Institute for Justice, is available here.)

Thus, the primary effect of the Fourteenth Amendment was to add a new textual resource for those seeking to vindicate their rights against state and local officials, along with a new venue—federal courts—in which to do so.  The result has been more robust judicial protection of everything from speech and racial equality to the rights of the accused in criminal prosecutions.

Has the Fourteenth Amendment lived up to its full promise? Absolutely not. Besides treating the Privileges or Immunities Clause as a mere “inkblot,” a mindset of reflexive deference to other branches has produced an ethic of judicial abdication that frequently turns a blind eye to illegitimate government action, as the Supreme Court did when it authorized the use of eminent domain for private development in the notorious Kelo decision of 2005.

Clark Neily is a senior attorney at the Institute for Justice and Director of the Institute’s Center for Judicial Engagement. He is the author of the forthcoming book Terms of Engagement: How Our Courts Should Enforce the Constitution’s Promise of Limited Government. 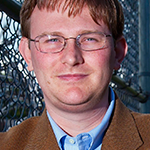 A point of contention among libertarians is the Fourteenth Amendment, in particular its first and fifth sections. Section One includes the Citizenship Clause, the Privileges or Immunities Clause, the Due Process Clause, and the Equal Protection Clause; Section Five grants the U.S. Congress the power to enforce the amendment by legislation.

It would require volumes to describe these clauses and the jurisprudence emanating from them. Suffice it to say as a result of the Civil War (and at the height of Reconstruction) these clauses were meant to empower the increasingly centralized national government to regulate state laws.

Supreme Court decisions since the amendment’s ratification have expanded federal power over the states, as well as over local businesses and communities, and have vested that power in the federal judiciary, which is peopled by unelected judges with lifetime appointments.

The question for libertarians is whether the expanded scope of federal power as a result of the Fourteenth Amendment is justified if it reduces discriminatory practices and policies in the states. I submit no. The federal government is neither the only nor the best means for countermanding discrimination.

Libertarian criticisms of the Fourteenth Amendment should not be mistaken as endorsing the discriminatory ideologies the amendment has targeted. Nor should such criticisms be interpreted as excusing the unequal treatment of minorities by states. They should, instead, be a reminder that libertarians favor nongovernmental and decentralized approaches to neutralizing discriminatory institutions and practices.

As a threshold matter, the question must be raised whether the Fourteenth Amendment was legitimately enacted.

Its ratification was made a condition for former Confederate states to reenter the Union and secure congressional representation. Any originalist interpretation of the amendment must account for the fact that the amendment’s adoption—and hence its validity—has been called into question. On this issue, I recommend Raoul Berger’s Government by Judiciary. I also believe, contrary to current fashion, that the Slaughterhouse Cases (1873) correctly refused to expand the Privileges or Immunities Clause to a context having nothing to do with the liberties of former slaves. The Privileges or Immunities Clause having become, in effect, dead-letter, the Supreme Court improperly began to use the Due Process Clause to incorporate the Bill of Rights to apply against the states—again for purposes unrelated to the rights of former slaves. A sustained study of the Civil Rights Act of 1866, the Black Codes, the Thirteenth Amendment, and the 39th Congress reveals that the purpose of the Fourteenth Amendment was to guarantee that freed slaves possessed citizenship and substantive rights as well as procedural due process and access to courts. To treat the Fourteenth Amendment as anything more is to cheapen its meaning.

The Supreme Court and inferior federal courts have used the Equal Protection Clause and the Due Process Clause to regulate activities at the local level that otherwise would have fallen outside the jurisdiction of the federal judiciary. Although these clauses are aimed at state action, they have been used to interfere with the activities of private citizens and businesses and, ironically, to validate inherently discriminatory affirmative action programs.

Due process has been used to nationalize allegedly fundamental rights, yet what constitutes a “right,” let alone a fundamental one, is a philosophical question best left to philosophers, not judges. Because “right” is a slippery signifier susceptible to appropriation, scholars on the left (Erwin Chemerinsky, Charles Black, Peter Edelman, Frank Michelman) have argued for a more robust application of the Due Process Clause and a more expansive denotation of “rights” to include “rights to subsistence,” i.e., rights to government-supplied food, healthcare, and a minimum wage. If these scholars had their way, state governments failing to provide these goods and services would violate the Fourteenth Amendment. The federal government would thus require states to use taxpayer money to support government welfare programs to protect these allegedly fundamental rights. The potential for disaster here is obvious not just in economic terms, but in philosophical terms: Is a “right” merely whatever a government declares to be a right, or do rights, by their nature, precede government promulgation?

Placing faith in federal judges to secure more liberty for citizens by way of the Fourteenth Amendment presupposes that such judges are inclined toward liberty. If the federal judiciary were peopled with capitalists versed in the tradition of classical liberalism and free market economics, the Fourteenth Amendment might advance liberty. But the federal judiciary is peopled by former lawyers, who, for the most part, are not trained in economics or philosophy and are not sympathetic to capitalism. If that comment seems hyperbolic, consider the fact that the federal judiciary consists of individuals whose salaries come from taxpayers and who were nominated by the President and confirmed by professional politicians (i.e., senators), who also live off the American taxpayer. We do not need the federal judiciary to secure rights because Section Five grants Congress that authority. Congress can pass amendments to the U.S. Constitution (the Fourteenth Amendment was itself enacted to strengthen the Civil Rights Act of 1866) or pass laws remedying denials of fundamental rights in the states. Because members of Congress can be voted out of office, whereas federal judges and Supreme Court justices enjoy life tenure, Congress is the appropriate vehicle for such action.

If libertarians were to defend federal intrusion into state affairs on consequentialist grounds—i.e., on grounds that the results of intervention were good—such a defense could be extended to justify the intervention of powerful governments into the business of less powerful states and communities. Is not the celebration of federal intervention into local affairs on consequentialist grounds a close step toward asserting that libertarianism is fundamentally wrong because a centralized, paternalistic power is better at advancing liberty than decentralized government?

Opposition to broad interpretations of the Fourteenth Amendment, including its vigorous application against the states, is not necessarily about “states’ rights” or “state sovereignty.” It is about limited government and decentralization of power. Expansive, creative interpretations of the Fourteenth Amendment have conferred federal jurisdiction over local matters that ought to be outside the province of central planners. Since 1950, the number of federal appeals judges alone has more than doubled. Yet nothing in the Constitution specifically authorizes federal judicial review of legislative acts. The only federal court required by the Constitution is the Supreme Court; Congress may create other federal courts pursuant to Articles I and III of the Constitution, but it is unlikely that the framers of these articles had in mind the massive federal judiciary that exists today. This federal judiciary—the “least dangerous branch”—has grown to overwhelming proportions. It has become a Leviathan unto itself, and the Fourteenth Amendment is part of the problem.