Dear Guilty Millionaires, Nobody Is Stopping You from Giving Your Extra Money to the Government

The wealthy don’t have to wait for politicians to impose a tax increase.

I’d like those numbers to increase, which is why I’m always advocating pro-market policies. Capitalism is not only superior to socialism, it’s also better than other alternatives (social justice, redistributionism, state planning, etc).

As Walter Williams reminds us, capitalism is a wonderful system in part because people can only become rich by providing value to others.

That means investment, entrepreneurship, innovation, competition and other behaviors that make the rest of us better off—even if we never become millionaires ourselves.

Remember, the normal state of humanity is grinding poverty and material deprivation. It’s only in the past few hundred years that many of us have escaped that fate—thanks to a system of free enterprise that channeled human greed in a productive direction.

The bottom line is that I don’t hate rich people or resent their success. Indeed, I applaud them for improving my life.

Though there are 83 exceptions, at least according to this BBC report.

Some of the world’s richest people have urged governments to raise taxes on the wealthy to help pay for measures aimed at tackling the coronavirus pandemic. A group of 83 millionaires called for “permanent” change… Signatories include heiress Abigail Disney and Ben & Jerry’s co-founder Jerry Greenfield. The letter says: “…we do have money, lots of it. Money that is desperately needed now and will continue to be needed in the years ahead… Government leaders must take the responsibility for raising the funds we need and spending them fairly.”

I’ve actually gone on TV in the past to debate “neurotic” and “guilt-ridden” rich people like this.

My best suggestion is that if they they have too much money, they give their excess cash to me.

But since that doesn’t seem to be a persuasive argument, I now remind them that they don’t have to wait for politicians to impose a tax increase.

They Treasury Department actually has a website for people who want to voluntarily give extra money to Washington. 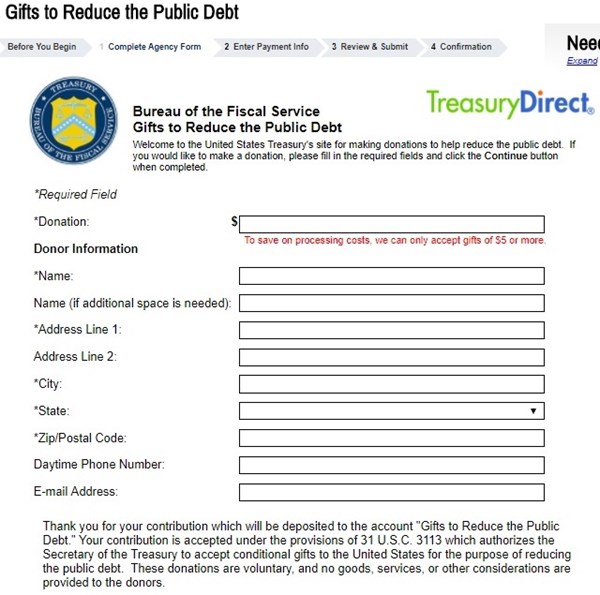 So they can put their money where their mouths are.

Though you probably won’t be surprised to learn that they don’t take advantage of that opportunity, even when people have shown them exactly how it can be done.

P.S. While they’ve made similar arguments in the past, Warren Buffett and Bill Gates did not sign the letter. It’s unclear if this is a sign they’re becoming more rational.