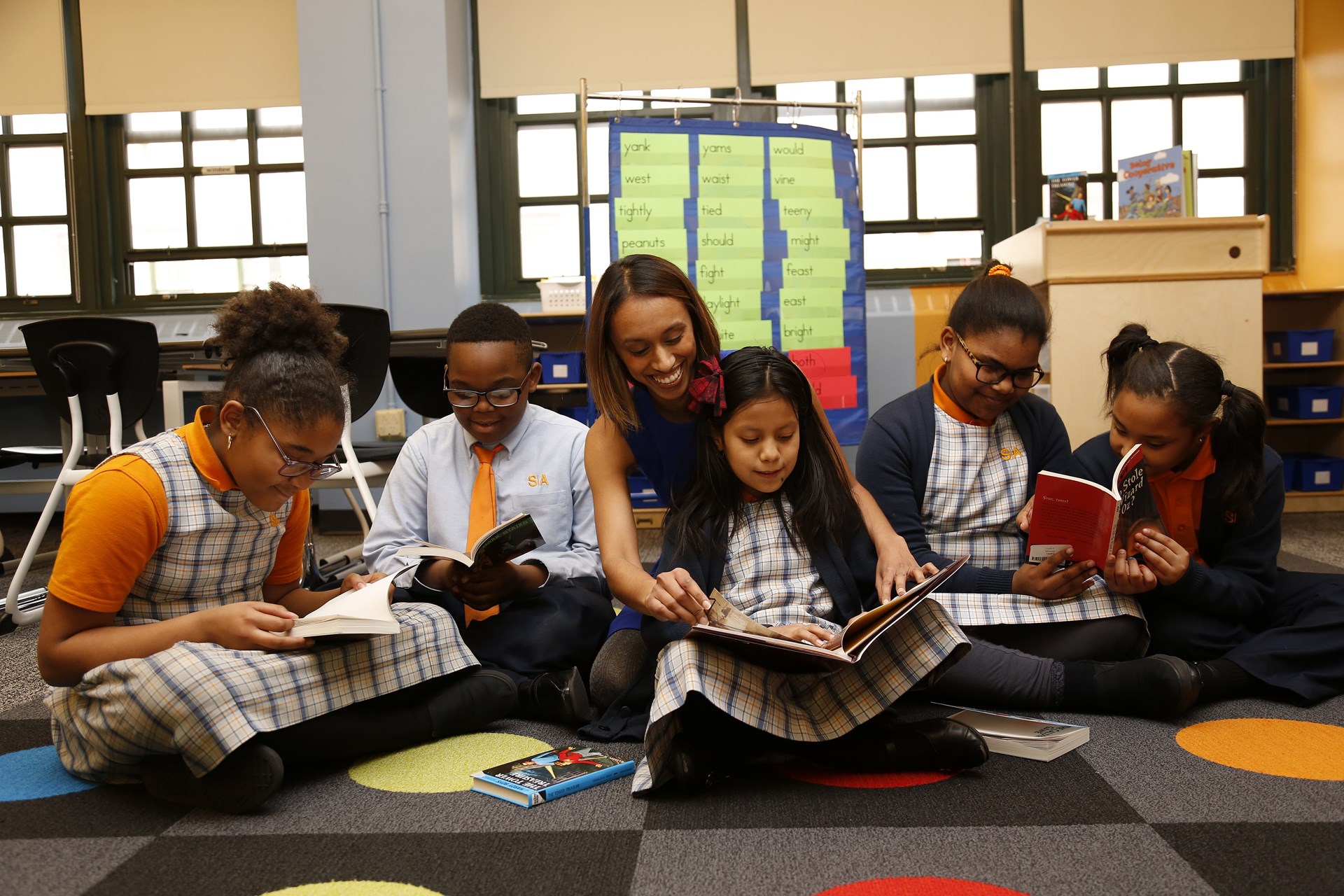 Exasperated by apathetic students and a heap of failed tests, a fellow teacher recently asked me and several peers a question as we ate lunch: “What’s the solution?”

He couldn’t figure out how to engage his class.

Few classrooms are ever empty at my school, one of the largest in Wisconsin, so prep periods are spent in cubicle-filled staff lounges where all conversations are basically public. While a little too public for most, this communal setup does provide a unique way to look for answers to that exasperated teacher’s question.

Specifically, most of my coworkers have on display some collection of their favorite pedagogy and general education books. Shelves vary by subject area and personal focus, but there is one book that is ubiquitous across shelves: Teach Like a Champion.

Despite its profound effect on American schools, this book is unknown outside of education. The original edition sold 800,000 copies, and a second edition has surely put that number over a million. Its author, Doug Lemov, is the managing director of Uncommon Schools, one of America’s foremost charter school networks that is achieving results. Teaching a student body with a poverty rate of 82 percent—far above the national average—they still achieve high tests scores and a 99 percent college acceptance rate. Perhaps most importantly, they have shared their innovations outside of their organization.

Most criticism—both conservative and liberal— focused on the benefit charters provide disproportionately to poor and minority students.

Rather than keeping their techniques secret, Lemov spent years with a notebook observing the best teachers in the system, trying to find commonalities. In the end, he determined 49 techniques that created success for students, compiled them into a book, and disseminated the information across the country. Now, few schools remain outside the influence of his work (to at least some degree).

The book garners valid criticism. It advocates for a regimented style, keeping classrooms teacher-centered and rote, but it fosters a teaching method that boosts test scores and graduation rates among poor students unlike any other. Should it be adopted uniformly across schools? Probably not, but its strict implementation has a place in many, and countless more can adopt different elements to fit diverse needs.

Though this book shaped my early career, I had forgotten about it until Bernie Sanders proposed banning charters in his education platform, “A Thurgood Marshal Plan for Public Education.” In reading commentary on it, most criticism—both conservative and liberal— focused on the benefit charters provide disproportionately to poor and minority students. While an important point, missing was the benefit that charters provide to even those teachers and students who have never attended one.

According to FEE’s Kerry McDonald, reformers created charter schools “to encourage educational experimentation and innovation.” As our factory model of education pushes students through monotonous standards, bipartisan reformers recommended charter schools as little laboratories where new teaching techniques and school structures could be tried. The argument ran that free of oversight and ancillary to a district, educators could try new practices.

As charter schools spread, they indeed innovated. Along with other charter networks like KIPP (Knowledge is Power Program), Uncommon Schools has created a new model of education that is unofficially called the ‘High-Achieving’ or ‘No-Excuses’ charter model. It is strict and rote, yes, but it has forced a reconsideration of educational research and norms.

Charters were created to innovate; and they questioned the low expectations that schools place on poor students.

The Michaela School in England stands as another example of charter school-led innovation. It is a free school in London that functions under a similar system to US charter schools, publicly funded but unchained from onerous regulations. It is unlike any other predominantly poor school. The hallways are silent. Lunches are served and eaten family-style with students serving each other. Demerits are given for infractions that are as minor as looking out the window during class.

Regarding its innovative impact, founder Katharine Birbalsingh has become a sort of celebrity both within and outside of education. Teachers and advocates from across the world visit the school, and Birbalsingh herself spreads her message to tens of thousands of Twitter followers. She advances a simple idea: children respond to and succeed within seemingly oppressive expectations.

Countless other charter schools have innovated, but the impact of the work of Doug Lemov and Katharine Birbalsingh make them the prime examples. They questioned the low expectations that schools place on poor students. They challenged the now popular assumption that student-led project learning is the best practice. Perhaps most importantly, not only did they question and experiment, but they also achieved success, and so others started to listen. Charters were created to innovate; where traditional public schools are asking in response to mounting problems “what’s the solution?” countless charter schools are actively seeking answers.