Catholics Don't Have To Be Commies

Property should be private because man is more than an animal to be led and controlled and fed from a common trough. 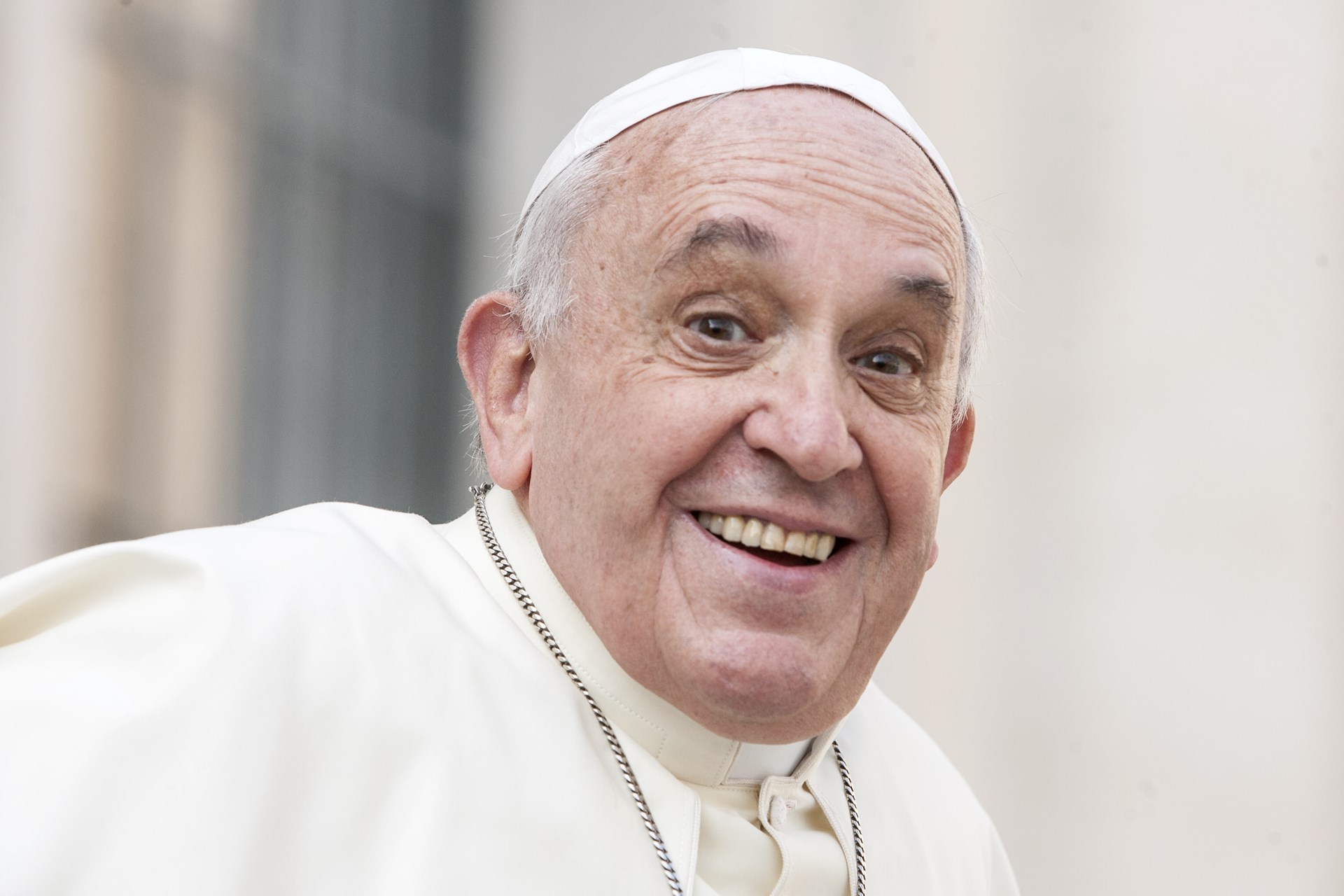 If all you knew about Christianity and economics were drawn from Pope Francis' comments, you'd doubtless be deeply confused. This pope certainly does seem to mistake the Gospel's call for voluntary charity and unworldiness with an ideological program for the forced redistribution of wealth. His ecological encyclical urged governments to band together and assault private property through multinational conspiracies – oops, I meant “organizations” – such as the United Nations.

And some Catholics are listening. There's a new – and unnervingly popular – hard-left movement among disgruntled, “orthodox” Catholic Millennials who resent having to leave school and look for a job. That movement now has a manifesto. It calls itself “Tradinista,” mashing together (as if they were remotely compatible) “traditional” Catholicism with Sandinista economics and politics. You'll see this new movement recommended in the once-free market First Things magazine, earnestly discussed by Ross Douthat of the New York Times, and tweeted about incessantly by 20-somethings from the depths of their parents' basements.

I was so appalled by the economic and moral illiteracy that passes for “Catholic social teaching” these days, both in Rome and on social media, that I wrote an entire book devoted to debunking these misconceptions: The Politically Incorrect Guide to Catholicism. Below is an excerpt from the chapter on economics:

God Made Private Property and Saw that It Was Good

Every single thing in the universe was created good by God, including the impulse to create, to improve, to innovate, and to accumulate a legacy to pass on to one’s children. The Bible at times seems almost obsessed with the question of legacy – think of Jacob’s battle with Esau, and Jesus’ parable of the Prodigal Son. Private property is not some crass Republican construct designed to let Wall Street tycoons hoard all the good things of the earth. Instead, as Pope Leo XIII taught, it is a fundamental human right that flows from our human dignity:

For, every man has by nature the right to possess property as his own. This is one of the chief points of distinction between man and the animal creation ... [Because] man alone among the animal creation is endowed with reason – it must be within his right to possess things not merely for temporary and momentary use, as other living things do, but to have and to hold them in stable and permanent possession.

In other words, natural law grants us the right not just to consume things the way wild animals surviving from one moment to the next do, but to own property so that we can plan for the future, maintain our families, and even, in Leo’s words, “keep up becomingly” in our “condition in life.”

The scholars who helped Leo XIII draft his encyclical looked to Locke for their understanding.Leo XIII’s defense of private property in Rerum Novarum (Of New Things), the first major papal statement on economics, is remarkably close to John Locke’s argument in his two Treatises of Civil Government – documents that were key to the American founding. In fact, the scholars who helped Leo draft that landmark encyclical looked to Locke for their understanding of how to distinguish private property from the wild goods of nature.

Here is the key point on which Leo and Locke agree: man turns the “commons” of the created world, which belong to no one, into private property by mixing them with his own “labor of brain and hands.” Hence a writer takes words that belong to everyone and no one, and freely uses his labor to create something new that rightly belongs to him. Every free act of human labor at any job, however manual or tedious, is an exercise of human dignity, and to unjustly take away the fruits of that labor is to make the worker a slave.

That applies not just to authors but to ditch diggers, farmers, entrepreneurs, even investors – who are risking their own accumulated labor in the form of money on a project that might create new jobs for thousands of other people. As Leo XIII warned:

The right to possess private property is derived from nature, not from man; and the State has the right to control its use in the interests of the public good alone, but by no means to absorb it altogether. The State would therefore be unjust and cruel if under the name of taxation it were to deprive the private owner of more than is fair.

We can certainly argue about how much is “fair,” but the fundamental principle is that property should be private because man is more than an animal to be led and controlled and fed from a common trough. We should regard attempts by politicians to raise taxes and buy the votes of one group of people by taking the property of some other people as a near occasion of sin.

We Work Because We Love

The urge each of us feels to work and be productive is part of the way God made us. Because of the Fall, we often experience work itself as a form of suffering, but Thomas Aquinas pointed out that even in the Garden of Eden, Adam was busy at work both physical (tending the plants) and intellectual (naming the beasts). Why do we work? Well, most of the time we do it in order to gain something for ourselves or those we love – most typically our families. Because we are physical creatures that live in the flesh and need food, clean water, decent housing, transportation from place to place, medical care, and a host of other frankly material things and services, most of the time the gain we seek from work is material.

Money is the language of human cooperation.That material gain comes in the form of money, which we use as a marker of value and trade for the things that we need or want. Some Christians cluelessly misread St. Paul’s statement that “the love of money is the root of all evils” (1 Timothy 6:10) as implying that money itself is evil. But Paul was referring to an all-consuming lust for money that amounts to the deadly sin of greed. A comparable love of sex would add up to lust – but that doesn’t mean sex is evil in itself.

Money is the language of human cooperation. It saves us from having to barter for everything we need – to hunt down someone who needs exactly what we’re good at making, who makes precisely the thing that we happen to need at the moment. (“I’ll trade you three handwritten copies of a book on the Catholic Church for that pepperoni pizza. Do you know anyone who makes Q-tips – and needs such a book?”) What is more, because the currencies of different countries are mutually exchangeable, money is a universal language, with banks as the Star Trek-style pan-galactic translators.

Even Franciscans and Dominicans, whose orders were founded to practice a holy form of poverty, had to overcome their initial resistance to carrying money, because their vows didn’t exempt them from the physical needs that come with being a mammal that lives on the earth. In a similar way, while they preached about the special holiness of vowed virginity within a religious order, such friars had to recognize that sex and fruitful marriage are also holy. Without them, we wouldn’t have any new nuns or monks! Likewise, without prosperous, hard-working people out for profit, no one would have any coins to drop in the friar’s begging bowl.

Well-meaning Catholics sometimes dig back in the writings of the Church Fathers and find statements that, taken out of context, seem to deny that working hard and seeking to make a profit are morally legitimate. The popular orthodox Catholic radio host Al Kresta cites numerous socialist-sounding quotes from ancient saints in his otherwise quite useful book Dangers to the Faith.

To the early Church Fathers, Leo XIII’s phrase “labor of brain,” applied to anything but sheer intellectual work such as writing philosophical dialogues, would have been nearly incomprehensible – or else it would have suggested dishonest dealing. Trade had been stigmatized as vulgar by nearly every classical philosopher – a prejudice most Christians breathed in with the ancient air. So in their time and place, it made some sense to see wealth as the fruit of theft. But history didn’t end there.

It would take the very Christian civilization that the early Christians were building on the ruins of the classical pagan empires to establish the dignity of labor – which the ancients despised as worthy only of inferior human beings born to be slaves – and remake society so that human beings became vital resources whose rational efforts to earn their daily bread might also leave the world a richer place for their children. Indeed, they might accumulate by “labor of brain” enough of a surplus to redistribute it through investment, creating opportunities for other human beings to better their lots as well.

In doing that, in being good and honest capitalists, we are imitating the “good and faithful servant” whom Jesus praised in the parable of the talents, increasing the general share of wealth, and tapping human potential. But as Rodney Stark documents in The Victory of Reason, it would be some six or seven hundred years from the Incarnation before Christian monks pioneered agricultural improvements that would double, then triple, production, and create the first “capital” for capitalists to invest. These were by and large Benedictines, whose motto – “Ora et Labora,” (“Work and Pray”) – encapsulates the Christian respect for labor that was the monks’ first and most crucial contribution to the rise of capitalism.

John Zmirak is Senior Editor of The Stream, and author of The Politically Incorrect Guide to Catholicism. Follow John on Twitter here.