Call of Duty: Modern Warfare Is the Most Popular Game of 2019. Here’s Why

Modern Warfare's opening launch more than doubled the box office opening of "Joker," the most profitable comic book movie ever.

I have a confession to make: I’m a closet neckbeard.

Despite having a job at FEE, a somewhat decent social network, and a gym membership, there are a few other things I’m not so proud of. I stay up until 3 a.m. playing video games in my bedroom, I enjoy Doritos and Mountain Dew, I relish in arguing with strangers on the internet, and I sport a mean fedora. 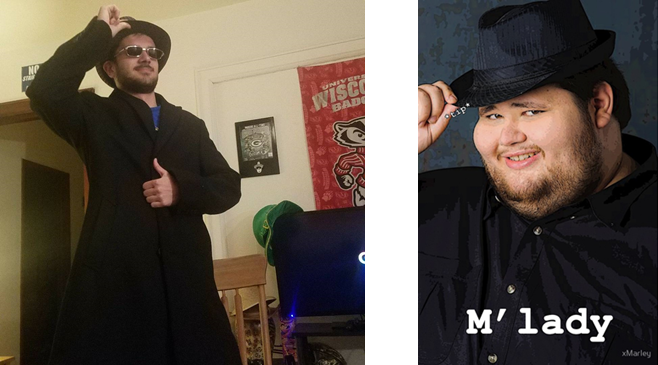 One of the games I most enjoy is Call of Duty. I’ve bought each game since Call of Duty: World at War (that’s 12 titles since 2008). The latest version, Call of Duty: Modern Warfare, hit the shelves globally on October 25, 2019. And you better believe I’ve socially isolated myself to play it—and now to write about it.

Modern Warfare (MW) is the 16th installment in the massive Call of Duty (CoD) franchise and the fourth installment of the Modern Warfare sub-series. It’s also one of the bestselling Call of Duties in recent history. The game raked in more than $600 million in sales in its first three days, making it, as one writer estimates, the third-best launch in CoD history.

In addition to those impressive numbers, the only other video games to top $600 million in sales in the first three days were Red Dead Redemption II ($725 million) and Grand Theft Auto V ($1 billion). This places Modern Warfare’s opening sales at possibly the fifth-best of all time.

Compared to cinema, MW’s opening launch more than doubled the box office opening of Joker, the most profitable comic book movie ever.

Granted, these are press release statistics. Games are moving more into the digital realm, which means players are purchasing fewer physical copies, so digital sales records aren’t the entire story. There are also a lot of popular non-premium games, such as Fortnite and Apex Legends. In addition, a $60 video game is way more expensive than a movie ticket.

Despite those factors, there’s no denying MW’s impressive launch or sales. What’s to account for it? Focusing on the game itself, there are several features that users like myself are pleased with, such as a new campaign, a new game engine, better multiplayer maps, cross-platform multiplayer, and the return of the Spec Ops game mode.

Taking into consideration larger economic factors, the power of controversy and nostalgia in the marketplace could be contributing to the game’s success.

A big factor of Modern Warfare’s success is capitalizing on the controversy and nostalgia of the series’ second installment, Modern Warfare 2, which was released 10 years ago in 2009. This is the game that put Call of Duty on the map for most gamers, including me (confession: I have nearly 720 hours of gameplay logged on MW2). At its time, MW2 was the biggest entertainment launch in history. Among the MW2’s numerous awards and high ratings, the game won “universal acclaim” by Metacritic.

The controversy didn’t end in-game. It also manifested itself in real life.

MW2 captured international media attention for including one of the most controversial moments in video game history. There’s a mission called “No Russian” in the game’s single-player campaign where you are an undercover CIA agent in a Russian terrorist organization. As part of the operation, you’re required to carry out a mass shooting at a Moscow airport.

The controversy didn’t end in-game. It also manifested itself in real life. In 2011, Anders Behring Breivik, the Norwegian mass shooter who killed 92 people in a terrorist attack in Oslo, Norway, cited the game as training for his attack:

I just bought Modern Warfare 2, the game. It is probably the best military simulator out there and it's one of the hottest games this year. ... I see MW2 more as a part of my training-simulation than anything else. I've still learned to love it though and especially the multiplayer part is amazing. You can more or less completely simulate actual operations.

In addition, the news media tried to connect MW2 to a 2011 suicide bombing that killed 37 people at Domodedovo International Airport in Moscow, linking the tragedy to the controversial “No Russian” mission.

So with the high ratings and intense controversy of MW2, 10 years later, the newest Modern Warfare revisits the glory of the game—as well as the controversy.

Modern Warfare (2019) brings back the iconic character, Captain Price, who died in the previous installment, in a reimagined storyline. The reveal trailer depicts Captain Price and secretive tactical missions that give it a similar feel to MW2.

In addition to the gameplay similarities, Modern Warfare (2019) is the first Call of Duty in a while to bring back gritty, edgy, and controversial moments. MW features realistic and tactically-based moral choices, such as the player trying to ascertain whether or not non-player characters (NPCs) are a threat.

There is one scene where a mother is believed to be reaching for a gun but grabs her baby from the crib instead. In moments like this, it is easy to reflexively shoot innocent civilians. A few other controversial moments are the uses of chemical weapons on civilians in the streets of Picadilly Circus in London, playing as a young girl who has to stab a Russian soldier with a pair of scissors, and a reference to the “Highway of Death.”

The game has also been garnering controversy for its inclusion of white phosphorus in the multiplayer and Spec Ops modes. According to the Chemical Weapons Convention, white phosphorous is banned as a weapon but is legal to use to camouflage movement. The chemical ignites when in contact with oxygen and has the potential to melt skin and burn through muscle and bone. In real life, the US has faced criticism for using the chemical in Iraq during the battle of Fallujah.

In a statement to a gaming magazine, one former US Marine criticized the game for the inclusion of white phosphorus, stating:

I find Modern Warfare's use as a killstreak reward a nearsighted glorification of what myself and others consider to be a violation of the laws of armed conflict. Contrary to their overall goals towards realism in its campaign, the multiplayer mode in CoD doesn't depict the effect White Phosphorus (WP) has on the human body in any kind of realistic way. I don't object to things like WP being examined in games, so long as we depict them as they truly are.

In addition, Modern Warfare won’t be released in Russia, and a lot of Kremlin-friendly media are upset at the game for its depiction of the military conflict in Syria, as well as a false depiction of the real-life “Highway of Death” incident.

While controversial for all these reasons, the controversy only seems to fuel Modern Warfare’s popularity. As they say, there’s no such thing as bad publicity.

Success Is No Secret

It’s easy to see why a ton of people are attracted to the game. You have legitimate improvements to the engine and gameplay, you include crazy scenarios that allow the user to place themselves in intense and outlandish moments, and you capitalize on a fanbase that grew up loving MW2.

So while some like to point the finger at violent video games like Call of Duty for promoting violence and being socially damaging, millions of gamers are going to reject those claims and boot up their games, anyway.

Don’t let the media and society make you feel bad for enjoying things.

And in fact, there’s nothing wrong with that. In a world with overwhelming amounts of information and stimuli (and people telling you what to do and how to think), it’s nice to kick back and focus on something you have control over. There is evidence that shows gaming releases dopamine, improves problem-solving and creative capacities, and is a harmless way to blow off steam.

Personally, video games help me connect with my family and friends who are distant. It’s a way to be active with loved ones who are hundreds of miles away from me, and that’s a healthy and normal thing.

Don’t let the media and society make you feel bad for enjoying things. They’re probably wrong, anyway. Go out and purchase Modern Warfare, maybe even grab a Mountain Dew and some Doritos, and enjoy your leisure time. But of course, everything in moderation.