Brexit Is Like Repealing the Corn Laws All Over Again 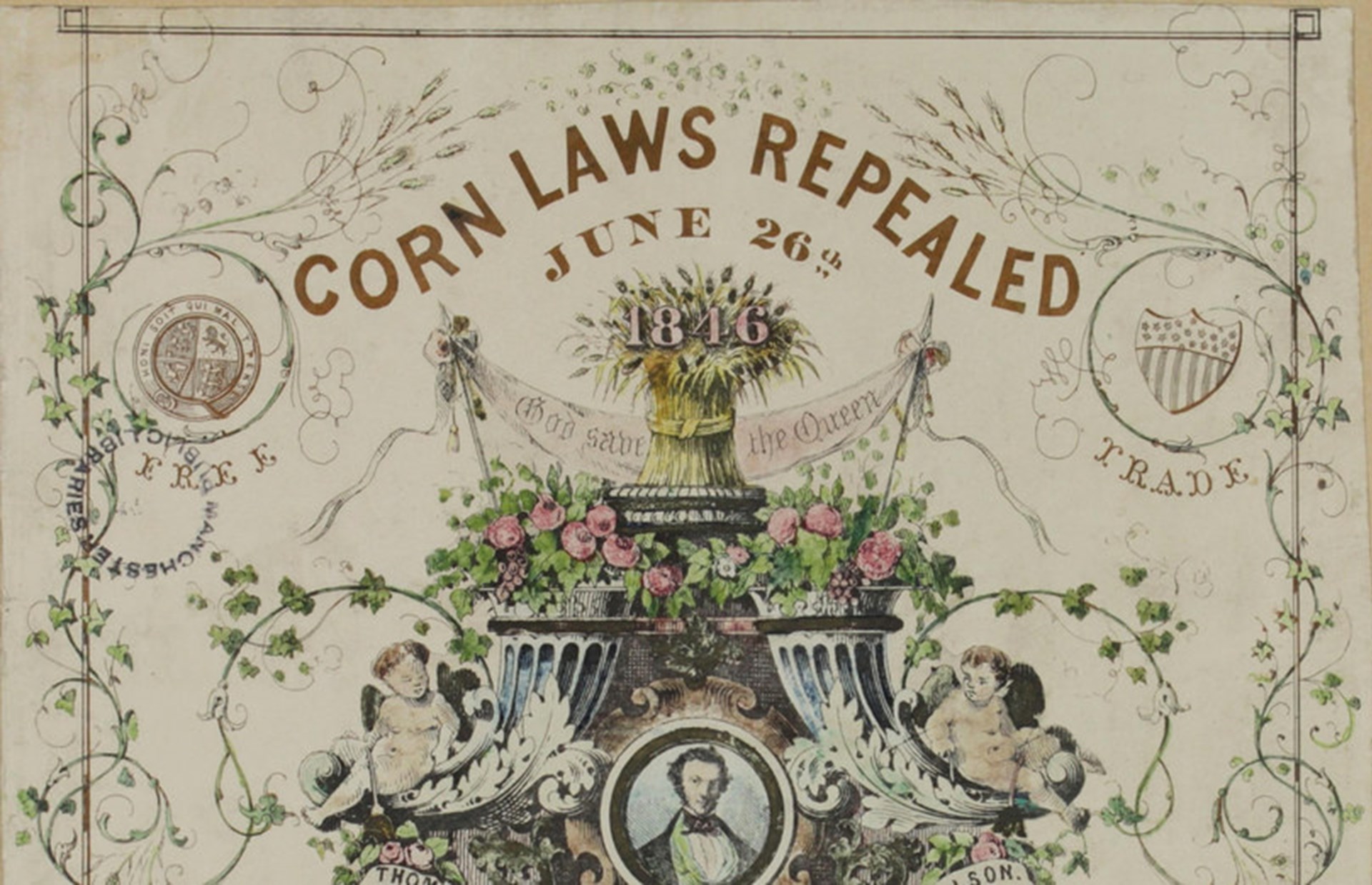 Of all my uplifting reading over the Christmas period, none was more so than John Morley’s great “Life of Richard Cobden”. One great Liberal’s biography of another. It is uplifting not only because of the quality of the writing but also because of the many parallels between the Repeal of the Corn Laws in 1846 and Britain’s decision to leave the European Union in 2016.

Germany lacks the military ambitions of 1830s Prussia, but it is following the game plan of the Zollverein in most respects.

Cobden rose from modest beginnings as the son of a Sussex farmer to become a highly successful Stockport manufacturer of calico and one of the co-founders, with John Bright, of the Anti-Corn-Law League.

He was a great traveller, eager to learn from the lessons of rivals and neighbours. In 1838, he undertook a month’s tour of Germany, paying particular attention to the workings of the Zollverein, the customs union established in 1833 under the leadership of Prussia.

The parallels between the Zollverein and today’s EU are striking, especially in so far as they relate to Prussia (then) and Germany (now). Here is what he wrote:

“The effect of the League must be to throw the preponderating influence over thirty millions of people into the hands of the Cabinet of Berlin. By the terms of the Union, the money is to be collected and paid by Prussia; a very little financial skill will very easily make the smaller states the pensioners of the paymaster. Already…Prussia…is said to be two millions out of pocket …owing to her having guaranteed the smaller partners certain amounts of revenue. Besides the power that such a post of treasurer will confer upon Prussia, other causes must tend to weaken the influence of lesser states’ governments…..A common standard of weights and measures, as well as money, is preparing, and these being assimilated….what shall prevent this entire family of one common language….from merging into one nation?”

Ring any bells? Of course the eurozone does not speak one language and it has many more divergent cultures than the members of the Zollverein. So the process will take longer. But the process is the same: first the customs union, then a single currency, then merged sovereignty. What Cobden prescribed for Britain was global free trade and an end to protection.

Germany today does not have any of the military ambitions of 1830s Prussia. But it is following the game plan of the Zollverein in most other respects. Poorer states are guaranteed income transfers (with Brussels taking a commission along the way). The ECB distorts monetary policy to keep alive the most indebted governments. And the “influence of lesser states’ governments” has been weakened to the point of installing puppets in Italy and Greece. We already know that the eurozone will eventually face the choice between full fiscal union or enduring a series of state defaults.

Cobden did not have any animus against the Zollverein. That was Germany’s business. But he certainly didn’t take it as a model. Instead, what he prescribed for Britain was global free trade and an end to protection.

That was also Britain’s choice in 2016. Would we continue to subscribe to a customs union which imposed tariffs of up to 30 per cent on agricultural products from Africa and prevented us from striking free-trade agreements with the developing (and developed) world? Or would we choose to break free and restore our status as the world’s beacon of free trade?

Thankfully we chose the latter.

In 1846, the Repeal of the Corn Laws opened up a new era of unparalleled prosperity for this country based on the expansion of trade. Hopefully, Brexit will do the same as we gain access to the developing world for our service industries in return for opening up our agricultural markets.

Yet the Liberal “Democrats” have set their face firmly, not only against the democratic will of the people but also against our re-opening to the world. Vince Cable, for one, must feel conflicted. In his contribution to the Orange Book (which I edited with David Laws in 2004), he described the Common Agricultural Policy as “an economic, environmental and moral disgrace”.

Not much has been done to reform it since then so presumably his views haven’t changed.

The only disgrace today is that the Liberal Democrats have so lost touch with their roots that they have subordinated all policy making to their infatuation with an undemocratic regional customs union. Cobden will be turning in his grave.

Paul Marshall is chairman of Marshall Wace but writes in a personal capacity. He was previously a Liberal Democrat supporter.