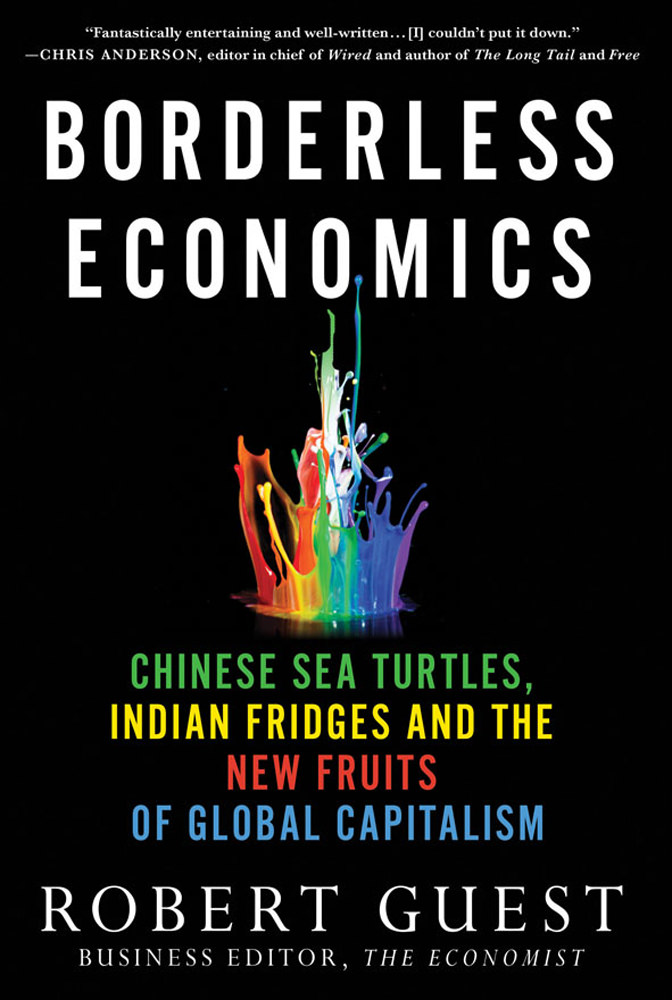 Robert Guest, the business editor for The Economist, has organized insights gleaned from 20 years of reporting on and analyzing events around the world into a breezy yet profound account of the flow of people and ideas across borders.

Raw immigration statistics miss the “networks of innovation,” as Guest calls them. Immigrants may find it difficult to adapt to a new land with strange customs and a new language. But in just about any American city they find a community of people like themselves who can ease the transition and help them get established. This process is good for everyone involved.

For example, Indian immigrants to America—most notably Silicon Valley engineers—are tightly networked among themselves and have contacts in India and around the world. Having made their fortunes, some then return to India to pursue business or philanthropic activities. To illustrate, Guest describes the Universal Identity program. Hundreds of millions in India have no public identity beyond their immediate communities. A team of Indian expatriates returned to India and launched a program to create a computer-based system that would allow Indians to submit to fingerprinting and retina scans and to receive a national ID number that would serve as their entrée into the modern Indian economy. Libertarians look askance at government identification numbers, but in rich countries we take for granted our ability to prove our identities.

Some of the book’s best economic analysis explodes popular fallacies, such as the concept of “brain drain.” British hospitals have come to rely on Nigerian nurses—the hospitals would collapse without them. Is it a tragedy for Nigeria that these nurses didn’t stay home instead? Guest argues that the prospect of emigration to Britain encourages young Nigerians to train for nursing, and some of those nursing graduates decide to stay home. Those who do migrate often send remittances home, and they also transmit firsthand knowledge of how rich countries work. So immigration is good for the migrants but also for the workers left behind.

Guest compares foreign aid with remittances from expatriate workers. Aid is often stolen and thus amounts to a forcible transfer from poor people in rich countries to rich people in poor countries, as the late international economist Peter Bauer put it. When not stolen, it is filtered through layers of bureaucracy in both the donor and recipient countries. In contrast, remittances are transferred at low cost through firms like Western Union. If an immigrant from Ethiopia misses a payment, his mother back home will let him know right away. If the Ethiopian government loses favor with U.S. politicians, aid may cease suddenly, but Ethiopians abroad will likely disregard politics and continue sending payments. Guest calls networks of business and financial relations among connected individuals “networks of trust.”

Just when he has us smiling with enthusiasm for the new networks of innovation and trust, Guest turns the coin over to examine how “networks of trust can be infected with hatred or twisted for criminal ends.” We have all heard of the genocidal conflict between Hutus and Tutsis in Central Africa, but the two groups are almost indistinguishable ethnically. Nonetheless, German and Belgian colonial masters assigned natives to one or the other group and made them carry identity cards (leading one to wonder whether the new Indian identity database will include ethnic or caste membership). Although the two groups have skirmished for centuries, Guest shows the part played by networks in igniting mass slaughter.

Guest is not an academic economist, fortunately. Most academic economists avoid moral questions. We hear lots of statistics about China’s economy—“hard data”— but few academics would risk their reputations with a refreshing statement like this: “[China’s] leaders understand that the rest of the world considers them morally inferior—and they must know in their hearts that the rest of the world is right.”  Or consider this gem: “People matter more than patches of earth. We are so used to looking at the world through the prism of nation-states that we often forget this.”

America has serious problems, but Guest, with his long overseas service, puts them in perspective. The standard of living of ordinary people here is still the envy of the world. Our freedoms have been eroded lately but remain stronger than those almost anywhere else. People still want to come here. Guest concludes that if we can avoid hysteria about immigration, we can look forward to a steady influx of that most precious resource: motivated human beings.

The title of his chapter on the United States, “A Ponzi Scheme That Works,” is unfortunate because the metaphor is weak and misleading. This and a few other minor excesses, likely the work of his editor, are tiny blemishes on a most enjoyable, informative, and thought-provoking book.