To say stable money limits economic activity is no more reasonable than for the UCLA Bruins to blame their failures on the foot. 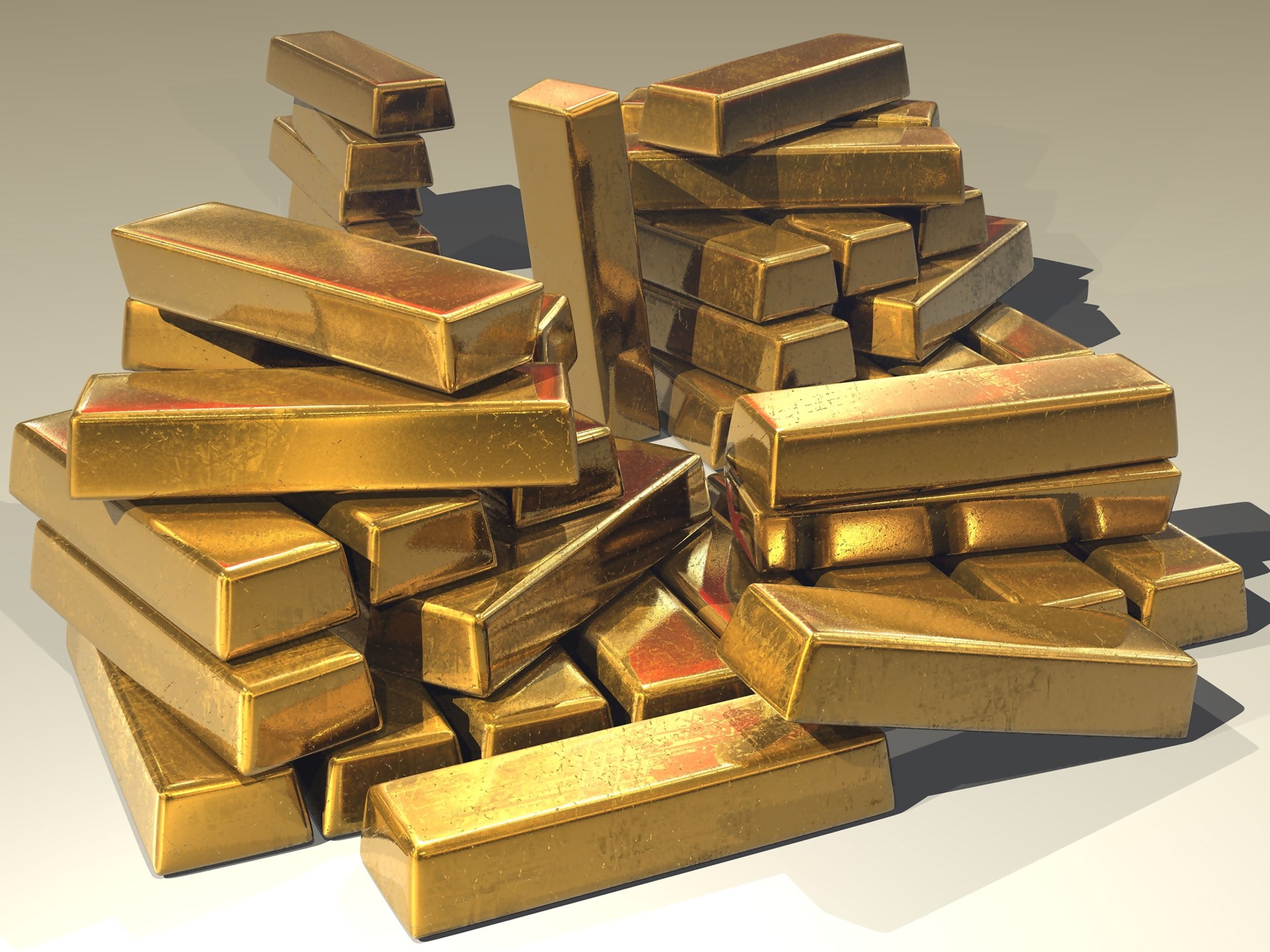 In a 2014 column for the Los Angeles Times, Michael Hiltzik properly heaped scorn on Bitcoin. In his words, "Over the last month, they've [Bitcoin] been quoted as high as $1,200 and as low as $455."

Hiltzik’s explicit complaint was that there was little constancy to the coin’s value. Fast forward to 2019, and there still isn’t. As Tuesday’s column indicated, a Bitcoin was exchangeable for $900 when 2017 began, for over $20,000 during a brief stretch in early 2018, and now the cryptocurrency fetches roughly $5,000.

Hiltzik would no doubt agree that in its present form, Bitcoin isn’t money. How could it be? Per Adam Smith, “the sole use of money is to circulate consumable goods,” but who would transact with Bitcoin? The act of doing so would be a perilous one, particularly if transactions are going to take place over long stretches of time, or in installments. I want to buy your car and will pay you 10 Bitcoin now, and another 10 a year from now. It’s an interesting idea, but assuming continued Bitcoin volatility, it’s likely that one participant in the previously described transaction is going to be very unhappy next April.

What might surprise Hiltzik is that his critiques of Bitcoin’s volatility mirror the critiques of the floating dollar made by advocates of a gold-exchange standard. They want dollar-price stability.

They do because no one ever exchanges money. Underlying all trade is products and services for products and services, and an agreed-upon measure of value makes the exchanges that enable relentless individual specialization much more likely. Trade is about the specialization that endlessly elevates us, along with investment in the production processes that further increase our productivity as we do what’s most commensurate with our skills.

When investors put money to work, they aim to get the money invested back, plus a return. Soggy, uncertain, and frequently devalued money robs the investors whose capital commitments power progress. Thus the desire for currency stability. That’s where gold comes in.

Money hasn’t long been measured in gold by coincidence, or thanks to some wise King, or due to sunspots, but instead has a centuries-long association with gold given the yellow metal’s unique stock/flow characteristics that make its price so stable. Gold-defined money is the opposite of Bitcoin, thus once again explaining why it’s so closely associated with money. Stated simply, gold’s unique stability renders money most useful as a facilitator of trade and investment.

As previously mentioned, Hiltzik made the same argument as the gold-standard proponents he so disdains have long made. That’s what was so odd about his latest column. In it, he described the gold standard as “the stupidest idea in economic policy.” By the newsman’s logic, the foot, minute, and pound are similarly stupid because they’re always and everywhere 12 inches, 60 seconds, and 16 ounces.

Money is merely a crucial measure of value without which trade and investment would be much less frequent.

More realistically, the constancy of the above measures is what explains their regular use. To see why, imagine the relative chaos in NFL draft rooms and restaurant kitchens if each measure bounced around, day after day, minute by minute. Which means Hiltzik’s disgust with monetary systems meant to foster stability of the unit is quite simply strange. He contends that quality money burdens the typical worker, but that’s as wise as 5’2” basketball player blaming the foot for him not playing in the NBA. No, the foot just tells the truth. So does money. Nothing more, nothing less. No one would be tricked by a shrunken foot that would make the short man 10’4”, and just the same, no one is tricked by a devalued dollar.

To which Hiltzik might respond that money is different. Except that it isn’t. It can’t be eaten or taken to bed. Money is merely a crucial measure of value without which trade and investment would be much less frequent. Insert anchorless money into the equation and you needlessly create winners and losers to the extent that the currency liquefying the exchange is bouncing around. Instability is yet again why Hiltzik is properly a Bitcoin skeptic.

Hiltzik haughtily dismisses what he presumes to be the desire of gold advocates to deprive the Fed of “any freedom in monetary policy,” yet his contempt fails twice. For one, why should monetary authorities be empowered to alter the value of the dollar? Hiltzik likely wouldn’t smile at someone reaching into his pocket to take $20 from him, so why then does he endorse handing monetary authorities the power to shrink the buying power of that same $20?

To which Hiltzik might reply that devalued money is necessary during troubled times. Really? How? Would Hitzlik be better off during a recession if the dollars he earns suddenly purchased much less? Would anyone? An economy is just people. How are they made better off if the money they earn commands less in the marketplace? Are companies better off? Not a chance. Not only do they earn dollars, they’re reliant on investment in order to grow. But if monetary authorities are devaluing, investors are naturally gun shy. Can Hiltzik point to rich countries that regularly devalue? Hiltzik takes a shot at creditors, but without their parsimony that morphs into savings and investment, progress would halt. In that case, is it at all wise to batter them during downturns when credit is most scarce?

Furthermore, Hiltzik’s history is wrong. It is because the Fed has never controlled the dollar’s exchange rate as is. Hiltzik should know that Fed officials rarely talk about the dollar’s exchangeable value with good reason. It’s not part of their portfolio. Better yet, Hiltzik’s very own column notes that it was FDR and his Treasury Secretary Henry Morgenthau who oversaw the dollar’s devaluation from 1/20th of a gold ounce to 1/35th in 1933. An incensed Fed Chairman Eugene Meyer resigned over FDR’s move.

Hiltzik makes the argument that the gold standard somehow restrained “money supply” in the 1930s. It did no such thing. Nor could it have.

Fast forward to 1971, it was President Nixon who severed the dollar’s link to gold against the pleadings of Fed Chairman Arthur Burns. This matters given the simple truth that the Fed is not the entity that will re-link the dollar to gold, assuming sanity ever returns to the monetary discussion. Hiltzik criticizes Fed nominees Steve Moore and Herman Cain for believing in the “stupidest idea in economic policy,” but his critique is a non sequitur. The Fed doesn’t do exchange rates.

After that, Hiltzik makes the odd argument that the gold-defined dollar caused a “deflation” in the 1930s and that because it allegedly did, it’s not a worthy way to define money. Except that’s not what happened. The dollar’s value held at 1/20th of an ounce of gold until FDR devalued in ’33. Inflation is a decline in the value of the monetary measure, while deflation is a rise. The purpose of a gold-exchange standard is to avoid either scenario by virtue of monetary authorities abiding a currency price rule in terms of a commodity most known for stability.

The above rates prominent mention simply because Hiltzik hides behind Milton Friedman and Barry Eichengreen to make an argument that the gold standard somehow restrained “money supply” in the 1930s. It did no such thing. Nor could it have. All the evidence needed to support the previous point is that dollars in circulation soared 163 times from 1785 to 1900. It’s not as though gold-defined money suddenly and inexplicably fostered a 1930s’ “money shortage.” On the other hand, production did decline in the ‘30s, and with it money in circulation.

A gold standard doesn’t limit the number of dollars in circulation any more than a 12” foot limits the number of rulers. More realistically, “money supply” is production determined. Hiltzik understands the previous truth better than he probably realizes. Money is abundant in Beverly Hills precisely because there are myriad enterprising individuals there, while it’s harder to find in Stockton. Neither scenario is the doing of the Fed or some monetary authority; it’s just markets functioning.

The greater truth is that Hiltzik puts the monetary cart before the production horse. Money doesn’t instigate, rather it migrates as a medium of exchange to where there’s production. Explicit in Hiltzik’s theorizing, along with that of Eichengreen, Friedman, and monetary dabblers like Jim Pethokoukis is that money supply must be planned by monetary authorities after which economies grow.

To say stable money limits economic activity is no more reasonable than for the UCLA Bruins to blame their failures on the foot.

Ok, but by that measure downtrodden El Monte and San Bernardino are perpetually recessed, and Beverly Hills/Brentwood regularly booming, mainly because the Fed favored them with excess dollars. It’s a nice fantasy, but one divorced from reality. Money finds production. Period. Not the reverse. Friedman admitted monetarism was bogus in 2003.

“Money supply” was relatively slight in the ‘30s because government policies suffocated economic activity. Lest Hiltzik forget, so-called “money supply” similarly plummeted in 1920-21 during a recession that dwarfed 1929-30; the difference being that the federal government did less than nothing in the early ‘20s, but “fought” the recession in the early 1930s. If you fight recession you muzzle recovery. Money supply reflected the horrid policymaking of Hoover and Roosevelt, not the demerits of a gold-defined dollar.

In an effort to discredit money that holds its value throughout time, Hiltzik reduced himself to contradicting his own rather wise argument against Bitcoin. For him to say stable money limits economic activity is no more reasonable than for the UCLA Bruins to blame their failed basketball season on the foot.

This article is reprinted with permission from Real Clear Markets.