The back-to-school mask wars have been heating up for weeks, but the Biden administration just took them to a whole new level. On Wednesday, the president ordered the US Department of Education to use all available measures to prohibit states from banning school mask mandates.

In his remarks, Biden decried the contentious school board meetings that have occurred in districts across the country as parents argue for and against school mask mandates. He indicated that the “intimidation and the threats we’re seeing across the country,” from concerned citizens who oppose mask mandates “are wrong. They’re unacceptable.”

Yet, Biden applied this same layer of intimidation and threats to governors who have banned mask mandates in public schools. Yesterday, the president directed Education Secretary Miguel Cardona to use “all of his oversight authorities and legal actions, if appropriate, against governors who are trying to block and intimidate local school officials and educators.”

Biden also criticized individuals who spoke out against mask mandates at a school board meeting in Tennessee last week, saying “protestors threatened doctors and nurses who were testifying, making the case for masking children in schools.” But he ignored the threats being made against other doctors who make the case against mask mandates, including one Illinois physician who says state regulators are suggesting that he may lose his medical license for his position on school masking.

“I have considered authoritative medical evidence that questions the necessity of mandatory masking in our schools,” said Dr. Jeremy Henrichs, a sports doctor at Carle Hospital and sports team physician at the University of Illinois. “As a result, the [Illinois Department of Financial and Professional Regulation] has threatened my medical licensure unless I expressly support and enforce a mask mandate for all students.”

The governors of eight states that have banned school mask mandates, including Arizona, Florida, Iowa, Oklahoma, South Carolina, Tennessee, Texas, and Utah, have already received or will soon receive letters from the Biden administration reprimanding them for their policies and warning of potential federal action.

These states, it’s worth noting, have banned mask mandates in schools but have not banned masking. Individuals are free to wear masks at any time, for any reason.

This is very god news. I'm glad Biden and Cardona are taking this seriously. We are in the midst of a delta surge.. Let’s keep our kids in school & safe. That’s why No Governor should be banning masks in schools. https://t.co/2XHVntgBBR

Contrary to what Biden claims, nobody in the US is banning masks in school. (Only Sweden does that.)

What pro-science, pro-children jurisdictions are doing is empowering parents to decide what's best for their kids.

The Biden administration argues that bans on mask mandates violate the civil rights of students who may be immunocompromised. It is leveraging Section 504 of the Rehabilitation Act of 1973 that entitles students to a “free appropriate public education,” as well as Title VI of the Civil Rights Act of 1964 that forbids discrimination based on race and ethnicity.

The Rehabilitation Act has historically been used to provide resources and accommodations to students with disabilities, including various curriculum, technology, therapeutic, and staffing supports, that enable them to learn to their fullest potential. It might, for example, provide a mechanism to enable schools to provide high-quality, medical-grade masks to immunocompromised students, but it has not been used to mandate such masks for all other students in schools.

The president’s recent threats against state governors highlight a much broader and more pernicious problem. The federal government, despite having no constitutional role in education, has ballooned in size and scope over the past half-century and is increasingly spreading its tentacles into state and local education issues. This is true for other sectors as well, including healthcare, as Biden’s recent vaccine mandate for all staff in nursing homes that receive federal funds shows.

The solution is to reduce the size and scope of the federal government and embrace the Founders’ vision of federalism, or power dispersed to the states. As James Madison wrote in The Federalist Papers, no. 45: “The powers delegated by the proposed Constitution to the federal government are few and defined. Those which are to remain in the State governments are numerous and indefinite.”

When government power is decentralized to the state and local levels, there are more opportunities for experimentation and accountability, as well as a much greater ability for individuals to exercise their rights of protest and exit. If citizens don’t like certain policies, it is much easier for them to voice concerns locally, or move from one city or state to another. When the federal government enacts policies, or uses its power to pressure state and local governments to comply with federal edicts, it is much more difficult for citizens to escape this centralized control. The Founders knew this, which is why they intentionally laid the foundation for a limited federal government.

As the mask wars escalate, and the federal government is increasingly involved, parents may find that they need to take individual action to protect their own children. This is true for parents in districts who may be upset that their schools will or will not require masks. More parents are pulling their children out of public schools for homeschooling or other private options to avoid mask policies, whether because these policies are too strict or not strict enough.

In a Mississippi school district, for instance, the recent voluntary mask policy prompted some parents to cheer and others to jeer. Some of the latter are un-enrolling their children from the district schools for private schools with mandatory mask policies. Similarly, in Alabama, a recent school district mask mandate caused some parents to take their children out of school for homeschooling.

As the Nobel prize-winning economist, Friedrich Hayek said, “the more the state ‘plans’ the more difficult planning becomes for the individual.” Government mandates, particularly those originating from the federal government, make it much more difficult for individuals to exercise free will.

Pushing back against government mandates, and avoiding these mandates through the power of exit and peaceful noncompliance, will help to curtail government overreach. 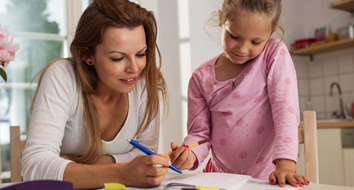 Sorry, Washington Post, But Parents Do Have Every Right to Shape Their Kids’ Curriculum 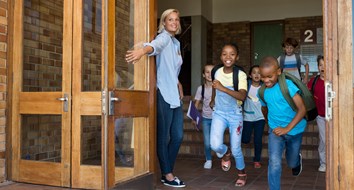