Any of These 3 Bubbles Could Be about to Burst

The US has seen an unhealthy growth of subprime credit in three markets. 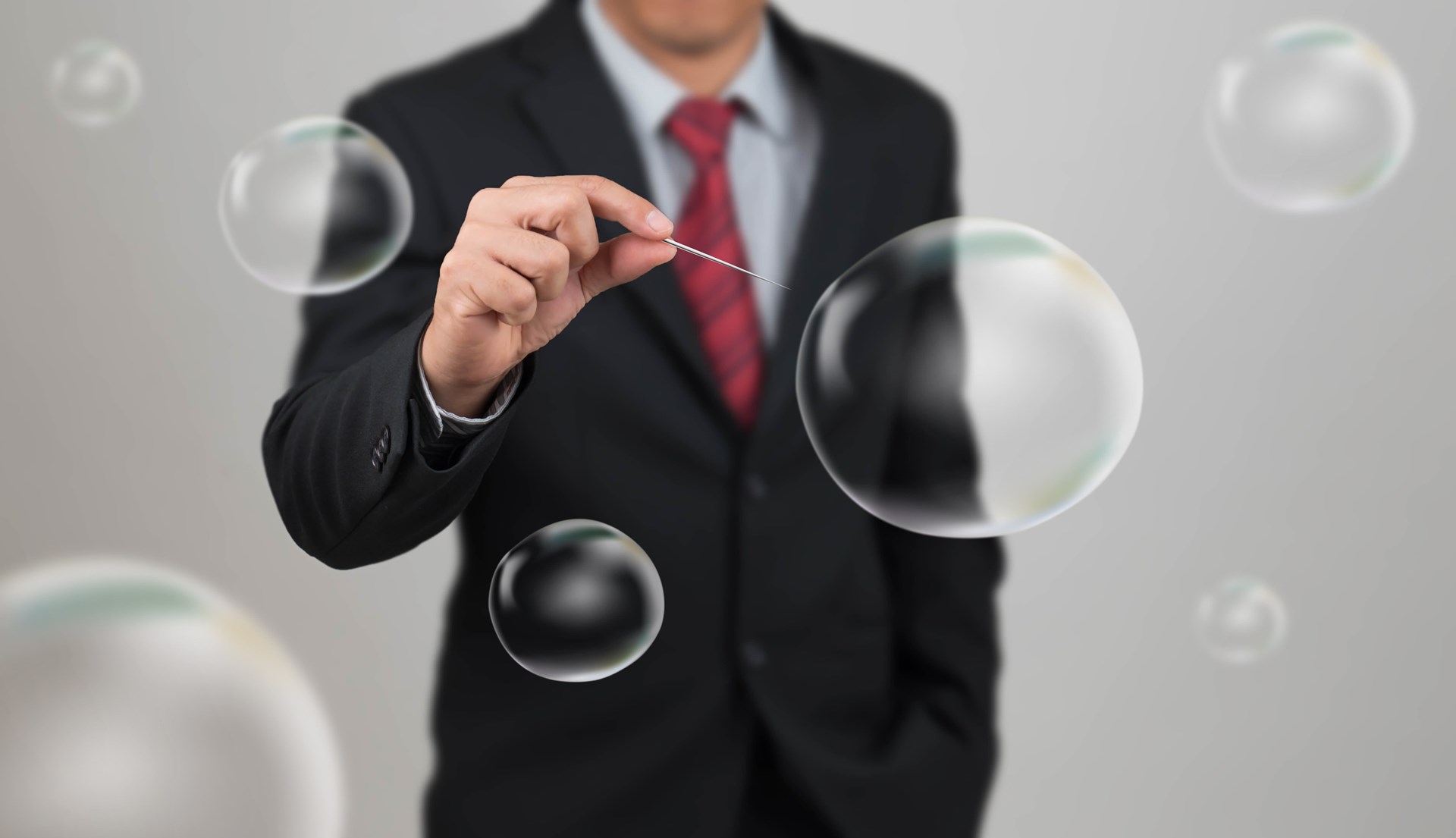 Moral hazard, easy money, and cheap credit have never produced good results. History is littered with examples of financial disaster brought about by monetary manipulation originating in central banks and then spreading to other parts of the system. One would think that the 2007/8 credit crisis, whose effects have not quite withered away, would teach politicians, central bankers, corporations, and consumers something about the causes of credit crunches and meltdowns.

Consumer credit markets are the ones already signaling distress. Think again. The world’s four largest central banks have pumped more than $9 trillion into the system since the last financial crisis and brought about a world of absurdly low and even negative interest rates. The incentives generated by these policies and their effects – moral hazard, easy money, cheap credit – will lead, at some point, to the bursting of new bubbles.

Which ones? It’s never easy to say, but the United States has seen an unhealthy growth of subprime credit, and credit in general, in three markets – credit cards, auto loans, and student loans. It would not be a surprise if one of these brought about the next credit crunch.

Total credit card debt has surpassed the $1 trillion mark for the first time since 2009, student loans now amount to a total of $1.4 trillion, and auto loans are not far off at $1.2 trillion – an amount that dwarfs the pre-financial crisis peak.

Over the past five years, U.S. corporations have issued more than $7 trillion of new debt, showing that the incentives created by these perversely low interest rates go beyond the markets mentioned before.

However, those consumer credit markets are the ones already signaling distress, so we better pay some attention. Capital One, a big lender to subprime borrowers (particularly through credit cards and auto loans), has had to write off a lot of debt lately – for a total of more than 5 percent of its outstanding loans, the level usually considered the threshold of very dangerous territory.

The auto loan sector is especially alarming. Auto sales doubled in the last seven years and are now at an unprecedented level. As happened with mortgage loans before the 2007/8 debacle, money was thrown around in the form of auto loans with no down payment and extended periods.

Predictably the industry is now experiencing defaults (delinquencies are at the highest point since 2009). The result is a heavily increased supply of used cars that have driven down their price. A large part of the auto industry, including manufacturers who lend money to purchasers and rental companies, rely on the sale of securities backed by used cars to fund their operations. Rental companies also rely on the sale of used cars in order to purchase new ones.

These symptoms point to risks not dissimilar in nature to what was happening before the housing-related financial meltdown. Banks are beginning to reduce outstanding corporate lending for the first time since that crisis – total loans at the fifteen largest U.S. regional banks in the first quarter of 2017 were $10 billion below the previous quarter, a very significant reversing of the trend.

Standard and Poor’s downgraded 1,088 companies in the United States last year, and analysts are predicting a wave of junk-debt defaults, perhaps encompassing one in every four high-yield debt issuing companies.

One can never tell exactly when a bubble will burst or which corner of the financial system will be the epicenter of the earthquake. But if and when these looming bubbles explode, the main culprit will be the irresponsible policies that were supposed to prevent future bubbles and that created the perfect storm of moral hazard, easy money, and cheap credit once again.

Alvaro Vargas Llosa is a Senior Fellow of The Center on Global Prosperity at the Independent Institute. He has been a nationally syndicated columnist for the Washington Post Writers Group and his book, Liberty for Latin America, received the Sir Antony Fisher International Memorial Award for its contribution to the cause of freedom in 2006.