A Date That Should Live in Infamy

On February 19, 1942 — seventy-four years ago today — Franklin Delano Roosevelt signed Executive Order 9066. With the stroke of his pen, the man who had earlier snubbed Jesse Owens after the Berlin Olympics used his executive powers to order the imprisonment of over 100,000 persons of Japanese ancestry (as well as thousands of German and Italian ancestry) for the duration of World War II. 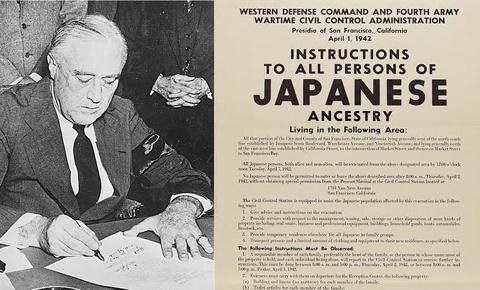 Most of the internees were natural-born American citizens, whose “crime” was having a parent or merely a grandparent with Japanese blood. It was an act of naked, aggressive racism that damaged people and families, including my own, for generations.

It happened here. With the NDAA as the law of the land, and with war-mongering and xenophobia, it could happen here again. We must oppose such collectivism and stand for freedom for all.

On a related note, if you think Apple’s current battle with the FBI over iPhone security is based on empty fears of civil-liberties violations, think again. After decades of denials, the US Census Bureau recently admitted that it provided the Treasury Department with the names and addresses of Japanese-Americans who were later tracked down and herded into concentration camps.

Correction: This post originally referred to Jesse Owens competing at the Munich Olympics; it was actually Berlin.