Amazon Go Will Kill Dreary Lines, Not “Our Jobs”

Amazon Go will enrich us by freeing up both customer time and cashier labor.

Self-checkout kiosks at the supermarket? Who wants to stand in a line? The very idea is so barbaric. So early-2016.

Amazon has figured out how you can shop by grabbing what you want and simply walking out. No, it’s not that age-old innovation called shoplifting. When you walk into their new “Amazon Go” grocery store (the first one opens in Seattle in early 2017), you first scan a smartphone app to let the system know you’re in.

Then, when you place an item in your bag, a system integrating artificial intelligence, cameras, and sensors detects exactly what you selected and adds it to your digital cart. If you change your mind and put it back on the shelf, the system will delete the item from your account. Then, you can just go. Just walk out with your groceries. Upon exiting the premises, the system will charge your Amazon account. Transaction complete.

If this takes off and spreads, standing in checkout lines simply won’t be a thing anymore. Just like that, Amazon will have eliminated a universal pain point. Everybody needs groceries, and nobody likes standing in line. Louis CK has this hilarious bit about waiting in line and mentally projecting pure hate at random people standing ahead of him. It wouldn’t have over a million YouTube views if it wasn’t a common experience.

And think of the countless aggregate hours of boredom we spend standing in line at the store. Just imagine, all that toxic ire washed away, and all those hours redirected toward being productive and enjoying life. We’ll still need to stand in line (or take a number and wait) at the DMV, the Post Office, traffic court, and other government-run spiritual sinkholes. (From school cafeterias to Soviet bread lines, long, dreary lines are the characteristic and indelible mark of soul-crushing bureaucracy.) But our total time standing in line will have vastly dwindled.

“But what about the cashiers?” some lament. The New York Post thundered that Amazon Go would be the “next major job killer to face Americans.” Are such critics really willing to spend a good chunk of their lives standing in line just to artificially preserve cashier jobs?

Consider the historical context. Store workers used to be an even bigger part of the shopping process. The customer used to give a shopping list to a clerk, who would then himself have to rummage through the store and collect the items. In 1916, Piggly Wiggly innovated the first “self-service” grocery store, in which shoppers browsed the aisles themselves. Customers found the new model to be more convenient and time-saving, so it swept the industry. Amazon Go is simply finishing what Piggly Wiggly started, developing the first fully self-service grocery store by eliminating the cashier.

If we are to scupper Amazon Go for the sake of cashiers, why not go even further back in time? Why not create endless work for store clerks by abolishing the supermarket and restoring full-service grocery stores? Imagine the lines then: throngs of humanity spilling out of Kroger and Publix, miserable customers gripping their rain-soaked shopping lists, as job-guaranteed clerks sullenly fill up shopping carts inside.

Did Piggly Wiggly’s disemployment of grocery gophers represent a permanent impoverishment of American workers? No. It just meant that stores were no longer bidding so much labor away from rival employers. Those rivals had their own dreams of life-enhancing products and services: dreams that had hitherto remained unrealized for want of help. But now, thanks to Piggly Wiggly’s labor-saving innovation, workers were available enough to bring those new projects to life: projects like the electrification of the country (the light switch was invented in 1918) or the manufacture of blenders and pop-up toasters (both invented in 1919).

Amazon Go will enrich us, not only by freeing up the time of customers, but also by freeing up the labor of cashiers, which can then be applied toward the creation of completely new goods and services. Who knows what modern marvels will be made newly feasible when start-ups and other rivals are finally able to hire a full team?

You can only have material progress if you don’t flip out and pass a law every time someone faces the possibility of getting laid off.

For example, maybe Amazon itself will be able to recruit and train enough former cashiers as programmers and testers to get a next-gen Kindle Fire off the ground. Add to this all the creations that would be possible if entrepreneurs and workers didn’t have to waste so much time standing in line.

Such hitherto-impossible life-improvements are what constitute the rising living standards and higher real wages of a progressing economy. You can only get material progress when you allow change, and you can only have change if you don’t flip out and pass a law every time someone faces the possibility of getting laid off.

If you really want to hold onto a world of bored cashiers and boring lines, there’s a non-impoverishing way of doing so. Work to repeal the minimum wage laws that artificially accelerate the automation-based displacement of low-skill jobs. It is probably no coincidence that Amazon Go is starting in Seattle, a city which sharply raised its minimum wage in 2015.

As you finish up your Christmas shopping, spend some of your idle time standing in checkout lines imagining a world in which you never have to stand in a checkout line again. 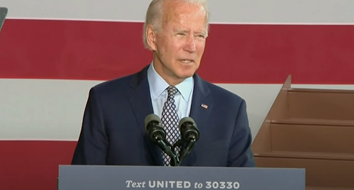 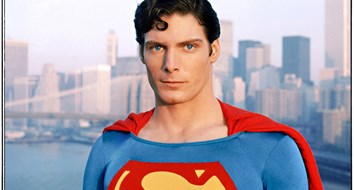