Africa’s Economic Development Is Impeded by Corruption and Populism

Despite continued support, African governments have been very obstinate in their generally misguided development policies. 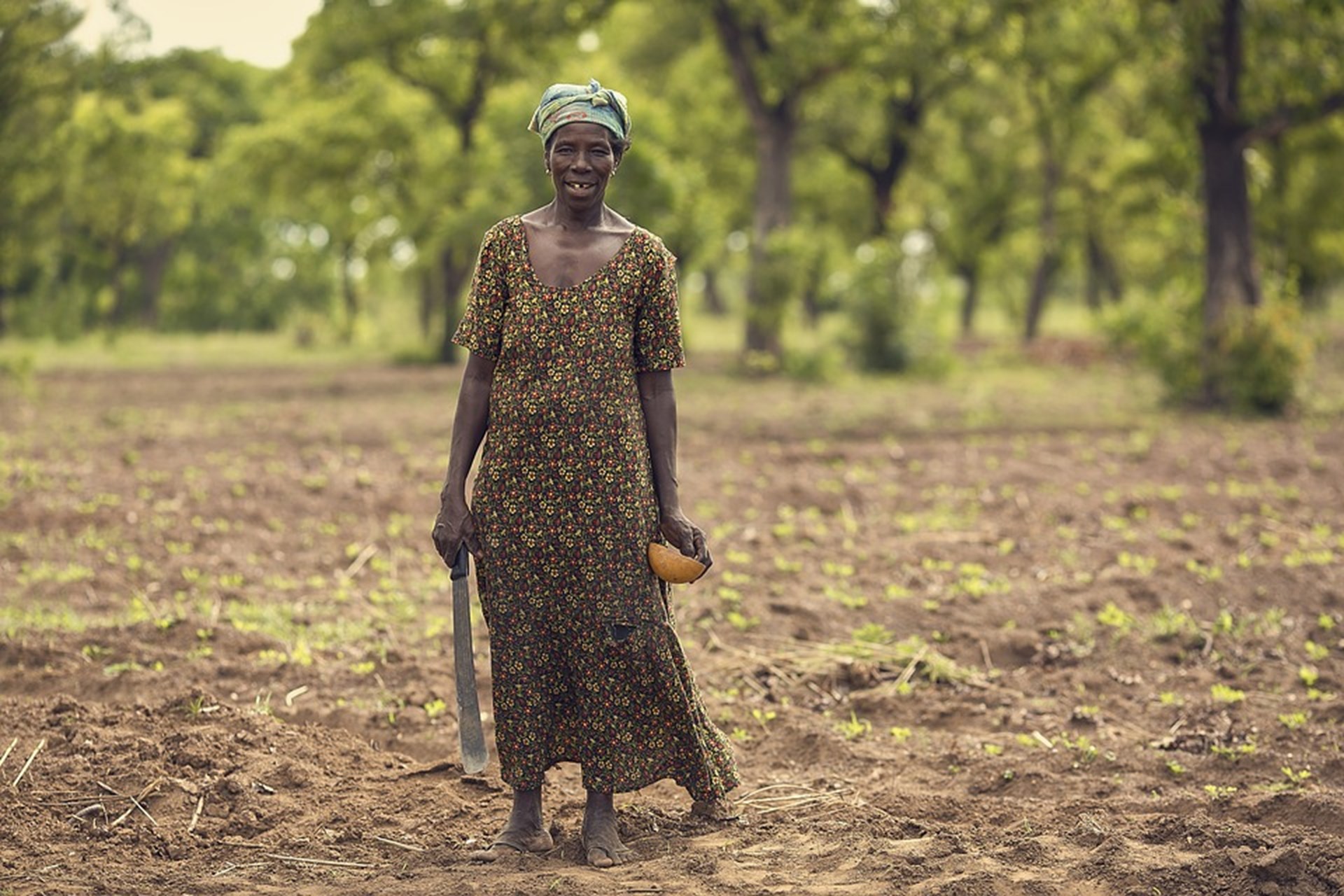 In March 1957, Kwame Nkrumah proclaimed the independence of the British Gold Coast, changing its name to Ghana. Nkrumah was a peculiar person. Trained at British and American universities, he was convinced of two things. The first was that only independence would allow African peoples to overcome their secular backwardness. The second was that in order to achieve it, the ideal vehicle was a sort of African socialism that he called consciencism.

As soon as he came to power, he adopted the title of "Osagyefo" (the redeemer), changed the name of the country to Ghana, which in Akan means "warrior king," and secured absolute power. Nkrumah was a charlatan devoured by narcissism. Although he did not sympathize with even half of his fellow citizens, who spoke dialects different from that of his native ethnicity, he believed the entire African continent should be united under a single flag.

In the West, Nkrumah was very popular. Kings and presidents celebrated him at receptions and enjoyed his company. It could not be less with a man so charismatic that in his speeches he claimed to have the infallible remedy "against poverty and disease."

He didn't end up with either of the two scourges. Nkrumah became a brutal dictator who, supported by the Soviets, authoritatively planned his country's economy with disastrous results. Ten years after Ghana attained independence, one of the most prosperous British overseas colonies had become visibly impoverished and associated with militarism.

The sad history of Ghana was repeated in each and every country south of the Sahara. With some honorable exceptions, such as Botswana, none of the former European colonies have managed not only to develop but also to ostensibly improve their situation. While countries in other parts of the world, especially in the Far East, have grown significantly and even joined the first world, black Africa remains as poor or poorer than when it gained independence.

The cold data leaves little room for interpretation. Africa's GDP is 70 percent lower than Asia’s and 80 percent lower than that of Latin America. Many reasons have been given to explain Africa's stubborn backwardness. It has been said that they cannot develop because they were colonies, and neocolonialism prevents them from doing so. But Vietnam was a colony, for example, and also had to suffer twenty years of civil war. Today, however, it is a country whose economy is growing and to whom the future smiles.

The truth is that the world has not marginalized Africa; it has opened up its markets to it and given it financial means so that, properly managed, it can develop.

Poverty has been blamed on a lack of infrastructure and human capital. No poor country has good infrastructure before it emerges from poverty. Infrastructure is financed by prosperity and, with respect to human capital, the West has earmarked billions of dollars in vocational training programs to prepare local workers.

African politicians often blame the rest of the world, either because it does not open its borders to African products or because it opens them too wide, and Western products flood its markets. The truth is that the world has not marginalized Africa; it has opened up its markets to it and given it financial means so that, properly managed, it can develop.

Both the United States and the European Union have given preferential access to African products and have not spared aid of all kinds and technological transfers. The African Development Bank, financed by the United States and Europe, has allocated $50 billion in credit operations to the continent since 1980. In 2016 alone, the European Union injected 21 billion euros into African countries, to which must be added another 1.6 billion in educational programs. That’s twice the Marshall Plan in just one year.

Despite this continued support, African governments have been very obstinate in their generally misguided and always opaque development policies. They have done exactly the opposite of what should have been done.  Although Africans work very hard, they are still very unproductive, which is not surprising given the low capitalization of those economies and the string of regulations with which their governments embellish them.

According to a report from the Brookings Institution, Nigeria has already overtaken India in the number of people living in extreme poverty (people who live on less than $1.90 a day), with at least 87 million people in this circumstances in comparison to the 70.6 million in India.

Doing business south of the Sahara is heroic. Opening a business in almost any African country is an uncertain, lengthy, and costly process that often ends in countless bribes. Anyone who crosses through Africa knows it. Traveling across the continent means encountering police posts every few kilometers that check visas and claim their tips in countries with almost no rule of law. If that happens to a motorcycle adventurer, what won't happen to an investor who wants to set up a food processing plant?

All these obstacles to the creation of wealth were not imposed by the former colonial powers but by the governments that arrived later. The main cause of Africa's chronic poverty has been an endless chain of bad decisions made by its leaders over the past half-century.

The continent's proverbial natural wealth has been of no use. Everything has been squandered. For example, since it achieved independence in 1961, Nigeria has earned more than half a trillion dollars from the sale of oil—the coveted Bonny Light oil—which is extracted from the Niger River Delta deposits, a natural wealth that would have allowed this nation to take off like so many other countries in the past that started their developing paths selling commodities. But sadly, that is not the case. According to a report from the Brookings Institution, Nigeria has already overtaken India in the number of people living in extreme poverty (people who live on less than $1.90 a day), with at least 87 million people in these circumstances in comparison to the 70.6 million in India.

In his book Resource Abundance and Economic Development, Richard M. Auty, professor of economic geography at Lancaster University, emphasizes that the presence of natural resources in large quantities does not predestine a country to prosperity.

The logic of some seems to predict that if a country has an abundance of natural resources, it should show high levels of development. However, as counterintuitive as it may seem, the performance of a large number of countries abundant in these commodities does not support this hypothesis, and Nigeria is no exception.

In his book Resource Abundance and Economic Development, Richard M. Auty, professor of economic geography at Lancaster University, emphasizes that the presence of natural resources in large quantities does not predestine a country to prosperity. Referring to what he describes as the “resource curse” or "paradox of plenty," he argues that countries with a large abundance of these commodities (such as fossil fuels and certain minerals) tend to have less economic growth, less democracy, and worse development outcomes than countries with fewer natural resources. According to his study, this problem generally tends to radicate in economic decisions regarding the use of revenues from extraction and commercialization of these natural resources. Auty explains that the abundance of revenues from these businesses in undeveloped nations tends to make it easier for politicians and bureaucratic authorities to waste them on unprofitable investments and conspicuous expenditures, which very often leads to corruption. This "voracity effect," as Auty calls it, almost always ends by causing stagnation in growth through the misuse and abuse of public funds.

Perhaps the unresolved issue for Africans is to open up their economies, embrace globalization, secure the legal framework for investment to flow with guarantees, and establish a genuine rule of law where it is the law that rules—not populism.

In some instances, the African landscape is so bleak it seems impossible that this unfortunate group of countries could ever develop and break the vicious cycle of poverty. While Asian and Latin American countries are gradually abandoning underdevelopment (the former faster than the latter), African politicians have fertilized the region with perpetual backwardness.

But that won't last forever, and the continent is changing drastically. Poverty in Africa is a global problem that will have to be solved in the coming decades. But sadly, there is a lot of work to be done. Nkrumah-style African socialism failed miserably, as did the mercantilism sponsored by the region's dictators and bureaucrats over the past twenty years, which has only enriched the elites and chronicled corruption, nepotism, and wars for control of the state apparatus all over the continent.

Of course, the roots of African poverty are probably deeper than what is addressed in this article, but maybe it remains to be proven what catapulted countries like South Korea or Taiwan, which were solemnly poor in the 1950s, into the first world. Perhaps the unresolved issue for Africans is to open up their economies, embrace globalization, secure the legal framework for investment to flow with guarantees, and establish a genuine rule of law where it is the law that rules—not populism.

Jorge C. Carrasco is a Cuban independent journalist and a coordinator of Students For Liberty.