A Socratic Dialogue on Murder

"50 people are murdered on an average day. Do you plan to be outraged every day for the rest of your life?" 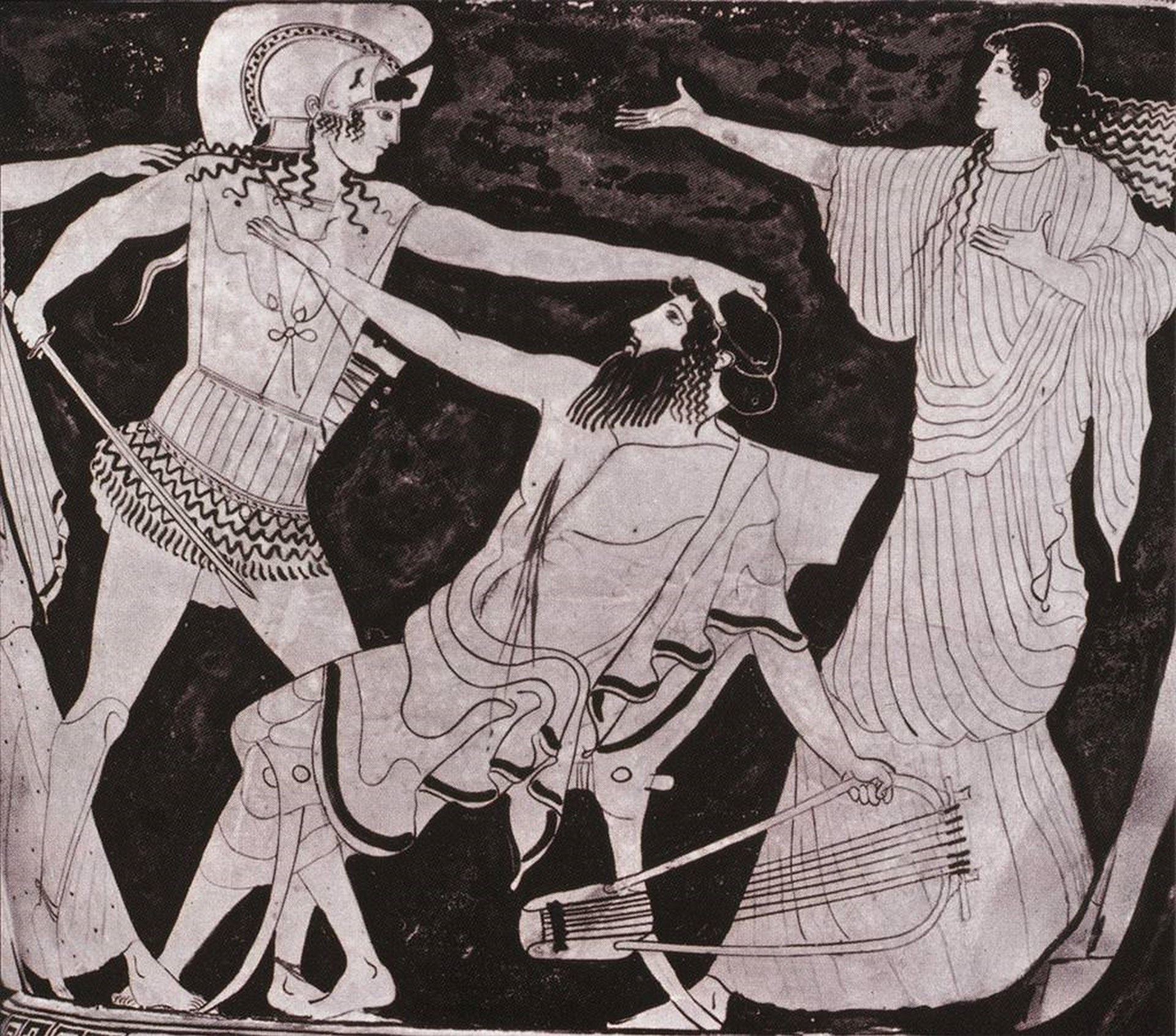 Glaucon: Have you heard the news, Socrates? A scimitar-wielding Persian maniac just cut down three Corinthians in cold blood.

Socrates: A ghastly crime. But why are you telling me?

Glaucon: Because it just happened!

Socrates: So I gathered.

Glaucon: In Corinth! That's only 50 miles away.

Socrates: Should we get inside and bar the door?

Glaucon: [squinting] No. The Persian was killed moments after the attack.

50 people are murdered on an average day. Do you plan to be outraged every day for the rest of your life?Socrates: Then I repeat: Why are you telling me?

Glaucon: [upset] Because I assumed you would care about the victims!

Socrates: Well, I care a little bit. But I didn't personally know them.

Glaucon: [outraged] You're barely human, Socrates. Everyone else is outraged by this Persian crime. You should be too!

Socrates: Perhaps you're right. But one thing puzzles me.

Socrates: My friend Pythagoras has calculated the number of innocent people murdered on an average day. Do you know how many that is?

Socrates: Fifty. And the minimum number of recorded daily victims is five.

Glaucon: What a hellish world we live in!

Socrates: Perhaps. Now that you know this, I have to ask: Do you plan to be outraged every day for the rest of your life?

Glaucon: [taken aback] Well, those numbers are pretty bad, but...

Glaucon: Well, life is for the living. I'm not going to be angry and miserable every day just because vile crimes are happening somewhere on Earth. It's a big place, you know.

Socrates: Very wise. But then why did you say I was "barely human" for having the same reaction when you told me about the tragedy in Corinth?

Glaucon: Well, we're talking about innocent... [fumbling] What I mean is, it just hap... [dumbfounded]

Socrates: You were going to remind me that the crime is fresh, and the victims were innocent. But you stopped short, because you realized that this is true every day.

Socrates: Did you think I should be upset simply because our community is temporarily fixated on this specific crime?

Glaucon: No, that would be pretty stupid.

Socrates: And shallow and disingenuous. So I ask you again: Why am I supposed to be distraught about the tragedy in Corinth?

Glaucon: [long pause] Because the victims were fellow Greeks!

Should we exile a vast group for the crimes of a few?Socrates: According to Pythagoras, three Greeks are murdered on an average day. The tragedy of Corinth, therefore, brings us to our daily average. Do you plan to be angry and miserable every day the number of Greeks murdered equals or exceeds the long-run average?

Glaucon: You're missing the point. The Corinthians were murdered by a treacherous Persian!

Glaucon: [touchy] Do you think it's funny when a Persian maniac butchers a child with his scimitar?

Socrates: Not in the slightest. But how is that worse than when a Greek maniac murders a child?

Glaucon: Well, maybe it's not worse. But we can do something about the Persian maniacs.

Socrates: We can "do something" about murderers of any nationality, can we not?

Glaucon: [exasperated] Sure. But we can do a lot more about the Persians.

Socrates: Then what do you mean when you say we can "do a lot more about them"?

Glaucon: Well, if there weren't any Persians here, they wouldn't be able to murder any of us.

Socrates: True enough. So to end Persian murder, we should murder every Persian in Greece?

Glaucon: That's barbarous! No, we should just keep Persians out of Greece.

Socrates: We should exile a vast group for the crimes of a few?

Glaucon: I don't know why you call it "exile." The Persians can stay in Persia.

Socrates: What about Spartans? They're only 10% of the population of Greece, but they commit half the murders.

Even a troublesome group of people are human beings deserving of just treatment, and that is no convention.Socrates: If the Persians should stay in Persia, should the Spartans stay in Sparta?

Glaucon: What a horrible thing to say! Spartans are fellow Greeks!

Socrates: So we shouldn't exile all Spartans for the crimes of a few Spartans?

Socrates: But are not the Persians fellow human beings?

Socrates: Why then isn't it just as horrible to advocate collective punishment against Persians as against Spartans?

Glaucon: What part of "Spartans are fellow Greeks" don't you understand?

Socrates: These Spartans seem rather troublesome. Could we just declare they're not Greek anymore, then exile them?

Glaucon: That would be a monstrous injustice.

Socrates: Indeed it would be. But the reason is not that they're fellow Greeks. Who counts as "Greek" is a matter of convention, not justice.

Glaucon: Then why would it be a monstrous injustice?

Socrates: Because Spartans, like Persians, are fellow human beings deserving of just treatment. And that, my dear Glaucon, is no convention.