A Glimmer of Hope for Gun Rights In Europe

Europeans deserve the right to protect themselves.

Defenders of civil liberties have won big victories against gun control in the United States.

The fight certainly isn’t over, to be sure, but most Americans have some degree of freedom to own guns, carry guns, and protect themselves with guns.

By contrast, the situation in Europe tends to be grim. Many nations strictly limit the freedom of people to keep and bear arms. As you might expect, the “sensible Swiss” are an exception, 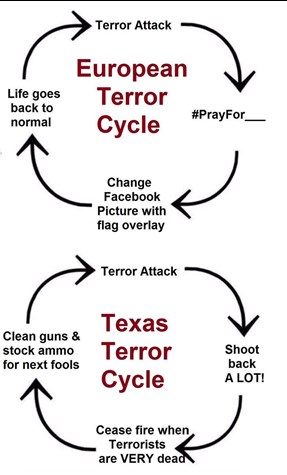 and nations such as Monaco, Austria, and the Nordics are semi-reasonable.

But it’s just about impossible to own a gun in countries such as the United Kingdom, France, Germany, and Italy. Even groups that are targeted by Islamic fanatics, such as Jews, aren’t allowed to defend themselves.

And that is good news for terrorists. They can plot murder and mayhem with considerable confidence that they won’t meet armed resistance until police show up (just as mass killers in the USA seek out gun-free zones for their evil attacks).

But that passive approach may be changing in some European nations.

According to a column in the Washington Post, the President of the Czech Republic believes an armed citizenry is a safe citizenry.

A couple of months ago, Czech President Milos Zeman made an unusual request: He urged citizens to arm themselves against a possible “super-Holocaust” carried out by Muslim terrorists.

The column notes that he’s almost certainly over-stating the risks.

…there are fewer than 4,000 Muslims in this country of 10 million people.

But some citizens decided it’s better to be safe than sorry.

Now the government is seeking to make it easier for citizens to use those guns for self-defense.

…the country’s interior ministry is pushing a constitutional change that would let citizens use guns against terrorists. Proponents say this could save lives if an attack occurs and police are delayed or unable to make their way to the scene. …Parliament must approve the proposal.

The good news is that the Czech Republic already has fairly good laws. At least by European standards.

The Czech Republic already has some of the most lenient gun policies in Europe. It’s home to about 800,000 registered firearms and 300,000 people with gun licenses. Obtaining a weapon is relatively easy: Residents must be 21, pass a gun knowledge check and have no criminal record. By law, Czechs can use their weapons to protect their property or when in danger, although they need to prove they faced a real threat.

Hopefully there are lots of unregistered firearms as well.

Though I’m unsure what the Interior Ministry is proposing with regards to gun use against terrorists. Why would the law need to be changed if Czechs already are allowed to use weapons for self-defense?

Not Everyone Is Doing the Right Thing

In any event, the bad news is that the meddling bureaucrats in Brussels are trying to make it more difficult for law-abiding people to protect themselves.

…much of Europe…has long supported much more stringent gun-control measures.  In the wake of the 2015 terror attacks in Paris, France pushed the European Union to enact even tougher policies. The European Commission’s initial proposal called for a complete ban on the sale of weapons like Kalashnikovs or AR-15s that are intended primarily for military use. Ammunition magazines would be limited to 20 rounds or less. …the EU passed a compromise last month… The final measure bans the sale of most military-style rifles and requires all potential buyers to go through a psychological check before they can buy a weapon. …it’s not yet clear if gun owners will have to turn in newly illegal weapons.

How typical of the French. They want to make it more difficult for law-abiding people to have guns, an approach that presumably won’t have much – if any – impact on terrorists who presumably can get weapons illegally. 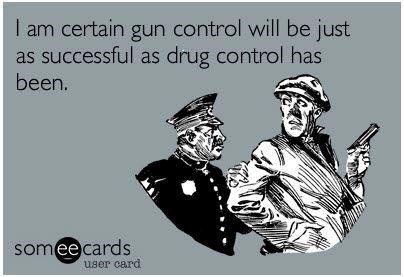 And the EU once again ignores its own federalist rhetoric on subsidiarity to push for statist continent-wide policy.

Moreover, Kalashnikovs and AR-15s are no more dangerous or deadly than other rifles, so targeting guns that “are intended primarily for military use” is irrelevant nonsense.

The bottom line is that more gun control in Europe won’t help the fight against terrorism. Instead, it simply means citizens don’t have the right to defend themselves.

So I’m glad the Czechs are trying to do the right thing, in spite of the paternalistic left-wing ideologues elsewhere in Europe. And I hope there will be lots of civil disobedience as more gun control policies emanate from Brussels.

P.S. If you enjoy sarcasm, here’s a clever video showing how leftists think about gun control. And here’s another one.

P.P.S. If you enjoy when leftists accidentally make the argument against gun control, you’ll enjoy the exploding cigars by Trevor Noah and the New York Times.