4 Reasons Every 20-Something Should Attend a Conference

Conferences make exciting chapters in the story that is your life, give them a shot. 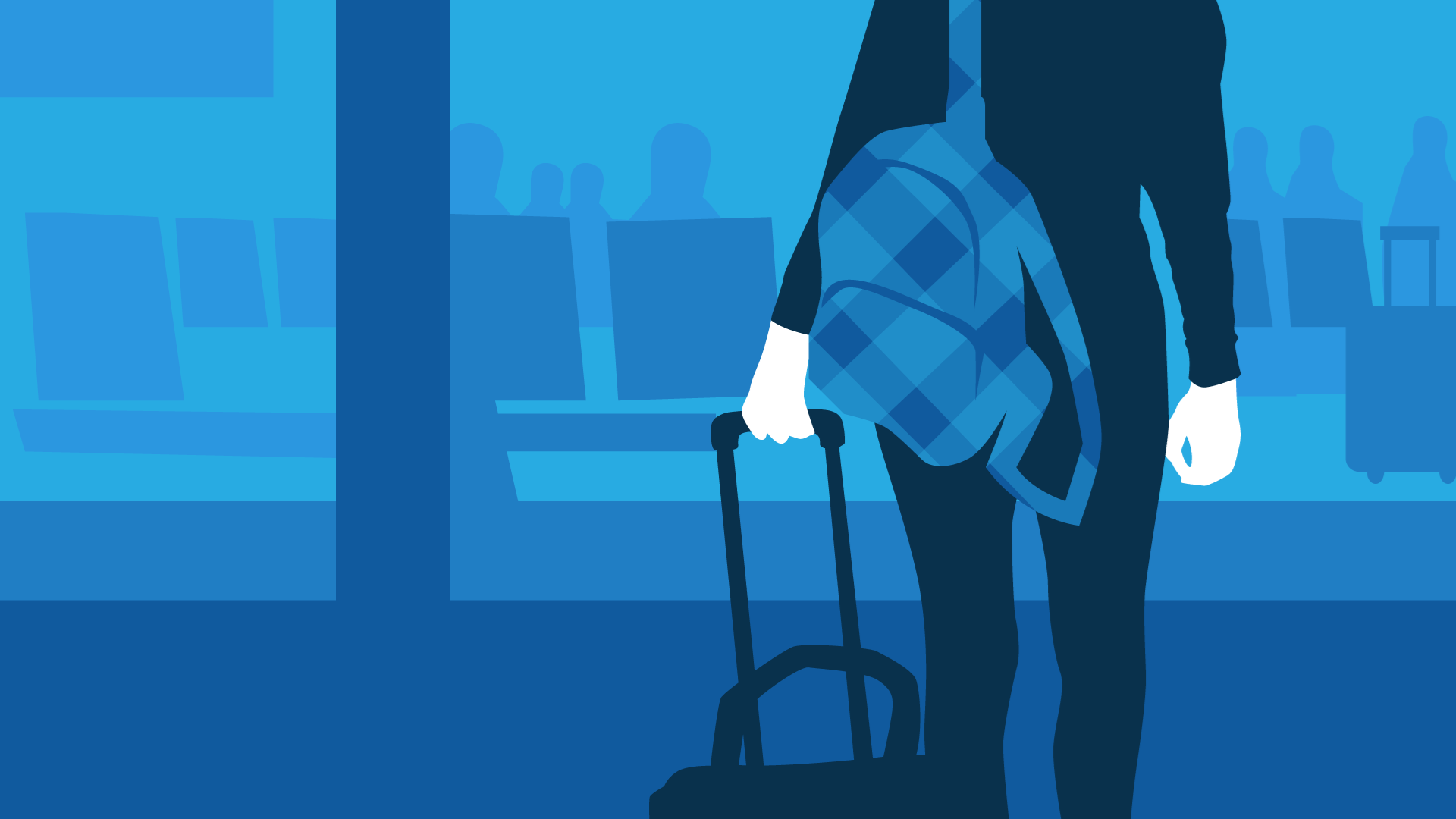 I was 20 years old when I attended my first conference. Looking back, it was one of the greatest decisions of my personal and professional life.

I was obsessed with learning languages in my late teens. I read reference grammars cover-to-cover for fun and downloaded Japanese and Russian input methods (apps that let you type in other alphabets) so I could practice what I learned by chatting with strangers online.

Believe it or not, there’s a whole online community of language nerds who do this kind of stuff. Pretty early into my hobby, I heard about the “Polyglot Conference.”

The Polyglot Conference is where language nerds from all over the world gather for three days to hear talks about all things linguistic and gush about their excitement for languages and share their language-learning tactics. It happens once a year, usually in Europe. But that year, the conference was scheduled to take place in New York City.

I felt like I had nobody in "real life" who I could talk to about my odd hobby. Nobody really "got" it. But these Polyglot Conference people… I knew they’d understand. So I decided I’d attend this gathering. No matter what it took to be there, I'd find a way to make it.

I bought my conference ticket immediately. At the time, I’d never taken a flight by myself, or stayed in a hotel by myself, or figured out how to go from Point A to Point B in a strange city by myself. And all the logistics aside, I had no clue how much it would all cost.

I worked all summer at a crappy minimum wage job to earn as much as I could. If I could pay for the flight and hotel, I knew I could find a way to budget the leftover money for food and transportation.

Instead of fretting about what I didn’t know, I started with what I did know and worked from there. After getting the conference ticket, I looked up flights to NYC on Google Flights and bought the cheapest one. Then a few days later, I looked up the cheapest hotel I could find, but being in NYC, nothing was very affordable. I realized that if I tried to figure everything out at once, I would freeze up and never follow through. Somehow, in all my Googling, I discovered that “hostels” were a cheaper option than hotels, so I booked a bed in one of those for each day I planned to be there.

And so on. I didn’t sit down and try to predict every problem I expected to have. I didn’t try to plan every little thing out. I realized from the get-go that if I tried to figure everything out at once, I would freeze up and never actually follow through with my decision to attend the conference.

I made it happen and making it happen changed my life.

The conference itself was more incredible than I could have ever expected. Since then, I’ve decided to attend at least one conference every year. They’ve been instrumental in my personal and professional growth.

Why am I such a big fan of conferences? I’m glad you asked. Here are four reasons why I think every 20-something should attend a conference.

1. Attend a Conference to Meet Your Tribe

We’re all a little weird in one way or another. Going to a conference lets you connect with people who are the same type of weird as you. Whether you love video games, liberty, or language learning, there are people just like you out there. Go to a conference to find them.

Especially when you’re early in your career, it’s validating and morale-boosting to meet people who make you feel a little less crazy and a little more normal. Attend a conference and meet your tribe.

As C.S. Lewis once said,

Friendship is born at the moment when one man says to another 'What! You too? I thought that no one but myself . . .'

Finding your tribe is about validating yourself and feeling like a part of a community. But more than getting a sense of belonging, you also have the opportunity to make new friends. Perhaps even lifelong friends!

Don’t limit your circle of friends to those only in your day-to-day life.

I still chat with many of the friends I made at the conferences I’ve attended over the last couple of years. And even if I don’t hang out or chat with some of them, I still feel welcome and comfortable asking to go out for lunch when I’m in their neck of the woods—or even to crash on their couch.

Don’t limit your circle of friends to the people you happen to run into throughout your day-to-day life. Step outside your routines and meet some awesome people you otherwise would have never known. Go to a conference and make some lifelong friends.

3. Attend a Conference to Gain Confidence in Your Ability to “Adult”

If you’re anything like me when I attended my first conference, you might feel overwhelmed by all the unknowns. I was terrified of things “real adults” think are simple, like figuring out how to get from the airport to my hostel, checking in to my hostel, finding food while on my trip, and so on and so forth.

Like I said earlier, my solution to this was to not try to predict all of the problems that might arise. I made a list of each thing I needed to purchase/budget for and took each task one at a time. I solved most problems on the spot while I was already on my trip.

For example, I planned to take the NYC subway from the airport to my hostel. I knew it would make me insane if I tried to understand in advance how the subway worked, how to buy a ticket, how to ride it, which route to take, etc., so I didn’t do any planning other than looking up whether it was possible and how much it would cost.

When I got to the NYC airport, I figured the rest out. I looked for a subway ticket machine, loaded a Google Maps route on my phone, bought the ticket, and continued figuring it all out from there.

Not only did I not die, but I also totally thrived despite the occasional mishap.

I did this for pretty much all of my trip. I had some hiccups (like not realizing until it was almost too late that my return plane was leaving out of Newark, New Jersey, instead of La Guardia, NYC, where my inbound plane had arrived…), but for the most part, things ran quite smoothly.

I can’t describe how truly awesome I felt for solving all the problems that came up. Not only did I not die, but I also totally thrived despite the occasional mishap. Experiencing all this caused me to build up some crazy confidence in my ability to “adult.”

Attending a conference gives you an opportunity to exercise your “figure things out” muscle and build some serious confidence. You’ll have to talk to new people who are often a lot older and way more successful than you. You’ll frequently have to go to a new city and do things you’ve never done before. All this in itself is a major reason why I attend conferences and why I think all 20-somethings should give them a shot.

Make it happen. Go to a conference and build confidence in your ability to adult.

4. Attend a Conference to Add an Exciting Chapter to the Story That Is Your Life

Imagine someone turned your life into a movie. Would it be a movie worth watching? With lots of cool action and suspense?

I sure hope mine would be! That’s why I like to try new things, especially if they scare me at first.

Going to a conference usually requires meeting new people and doing new things. You have to get outside your comfort zone. You encounter action. You solve problems. And you feel awesome when it’s all said and done.

The memories of attending a conference provide fuel for your current plans and actions. They inspire and empower you afterward for years to come. They make exciting chapters in the story that is your life.

What Conference Should You Attend?

The best conference to attend is one that’s centered around something you love.

Of course, I can’t publish an article at FEE and not sing the praises of FEEcon. I attended last year, the year before, and will keep coming back every year. If you love liberty, entrepreneurship, and optimism, you’ve got to come to FEEcon.

But no matter what you love, whether it’s language learning, liberty, or even Ayn Rand, there’s a conference out there for everyone. If you’re a 20-something, you’ve got to give one a try. Go out there and attend a conference!

Leisa Miller was a marketing coordinator at FEE. Driven by a desire for adventure, she moved to Warsaw, Poland in 2015 to work for a serial entrepreneur she met on the internet. 15 months and several hundred pierogi later, she came back to the States to hone her marketing skills at a tech startup in Charleston, South Carolina, before eventually making her way to Atlanta and joining the FEE team. In her free time, Leisa enjoys listening to 20th century classical music, learning languages, preparing Gongfu style tea, and swing dancing. You can follow her writing and personal projects on her website.