Things would hardly improve if Canadian coverage were to move in the direction of the Bernie Sanders plan. 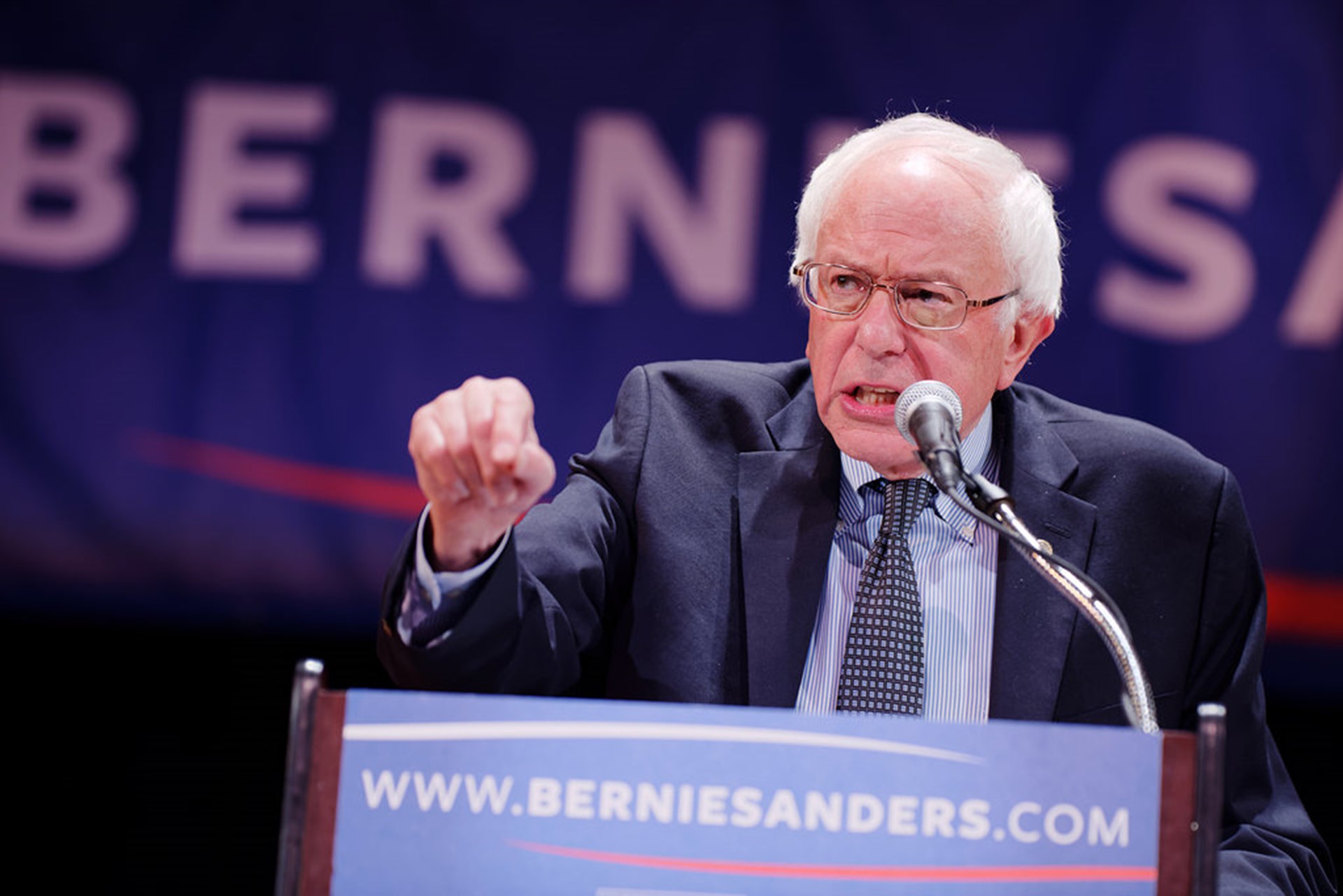 Canadian health care has become something of a byword for the "ideal" in health care among certain activists in the United States. Bernie Sanders, for example, has relentlessly pressed for a Canada-style health care system, and many left-of-center Americans advocate for the same.

Not surprisingly, though, few details of how the Canadian "single-payer" system works are ever discussed in the US. Advocates for single-payer tend to assume there is simply one big national health care apparatus and that everyone need only show up at a hospital or doctor's office to get everything for free. This has never been the case with Canadian health care, but it's clear that many think it is.

One need only look at the Bernie Sanders plan to see how monolithic and extensive their idea of government healthcare—based on the single-payer idea—actually is. From Sanders's own website:

This vision of federally-mandated health care goes much, much further than Canada's health care system, and if implemented, it would be a far larger financial burden to payers of federal taxes than in Canada.

I say this not to advocate for the Canadian system but to highlight that some government healthcare systems are worse than others. And looking at some of the details of the Canadian system helps to illustrate how the proposed Bernie plan is one of the worst that's been proposed.

There are three main ways that the Canadian plan isn't as bad as the Bernie plan: it's relatively decentralized, it has a limited scope of mandated coverage, and there is more room for a private sector than in many other countries with government healthcare systems.

Interestingly, if one peruses the Canadian left's commentary on the country's health care system, the commentary is likely to regard all of these good points as bad things about Canada's healthcare system. They tell us that federal mandates ought to be extended, that the federal government ought to assert more control, and that there is too large a role for the private sector. From a laissez-faire perspective, of course, all of these "shortcomings" of the system actually make it relatively less bad.

As many observers of the Canadian health care plan have noted, Canada doesn't have one government health care system. It has 13: one for each territory and province. Since the beginning, the Canada Health Act, including its subsequent revised versions, places much of the control over health care coverage at the provincial level. In other words, as the Globe and Mail points out, the "details of how each system operates, including what is covered and how, is determined provincially."

In Canada, patients must rely primarily on private insurance for prescription medications, dental care, physiotherapy, ambulance services, prescription eyeglasses, and other procedures deemed too experimental or to too costly to be covered by government facilities.

And there are some big holes in coverage in government health care in Canada that may surprise advocates for "socialized medicine" in America. In Canada, patients must rely primarily on private insurance for prescription medications, dental care, physiotherapy, ambulance services, prescription eyeglasses, and other procedures deemed too experimental or to too costly to be covered by government facilities. Moreover, the organization Women in Health Care Reform organization explains that long-term care is "practically invisible at the federal level." And as the Canadian Civil Liberties Association notes, "the majority of mental health services do not meet the eligibility requirement of 'medically necessary.' Unless received in a hospital, psychological services must be paid for out-of-pocket or covered by private third-party insurance."

All the territories and provinces have added coverage beyond the federal mandates, of course, but they remain free to undo these policies, as well. After all, expanded coverage puts a burden on local budgets. And provincial governments have neither the ability to print money or—thanks to the realities of tax competition—raise taxes endlessly.

Two: A Limited Scope of the Federal Act Allows for Ways to Control Costs

Needless to say, the fact that prescription drugs, mental health services, and long-term care are not covered by federal mandate would be considered scandalous by the authors of the Bernie Sanders plan. They demand that everything from an annual eye exam to a physical therapy session be covered by US taxpayers right down to the last dime.

The Canadian left has criticized their own system for this limited scope, too, with occasional calls for new reforms to expand federally-mandated coverage. So far, this has not happened.

While many Americans perceive government spending to be an utterly limitless and non-scarce resource, other countries, like Canada, don't live in a world where new money can be endlessly created so long as the money remains the world's reserve currency.

Part of the reason it hasn't happened is that provinces and the federal government are, in fact, limited by the realities of government budgets. While many Americans perceive government spending to be an utterly limitless and non-scarce resource, other countries, like Canada, don't live in a world where new money can be endlessly created so long as the money remains the world's reserve currency. The Canadian dollar, of course, isn't the world's reserve currency, and massive government deficits do present an actual problem for the Canadian state. Thus, medical procedures are sometimes declared not medically necessary, and prescription drugs—a potentially huge burden on government budgets—have never received blanket coverage.

This version of "universal" healthcare falls far short of what Bernie Sanders and his supporters imagine, but it's also the reason why Canada is not on the brink of a sovereign debt crisis or burdened by massive debt payments, as is the case in the US and much of Western Europe.

Three: There Is at Least Some Room for a Private Sector

The limited nature of mandatory coverage allows for some breathing room for a private sector—in drugs, in mental health, and in whatever is not deemed medically necessary. In Canada, nearly one-third of healthcare transactions are financed by private sources, which is higher than most countries with "universal" health systems.

Unfortunately, there are draconian limits on what the private sector can offer if the procedure is indeed listed as necessary. This means the private sector can't simply set up shop offering parallel hospitals or even basic diagnostic services. Part of the rationale for this has been political because it is believed that the mere availability of parallel private medical services is "unfair." Another rationale is economic: policymakers fear all doctors would flock to the private sector, thus driving up the price of doctors for the "public" hospitals. As Canadian historian Ronald Hamowy notes, there has thus been opposition to allowing even small clinics performing diagnostic services like MRI scans. This, it was argued, would allow rich people to "jump the queue."

Some people die waiting for their medically necessary services, which is why some governments, such as Australia, have attempted to increase access by allowing parallel private insurance.

It is not a surprise, of course, that the size and speed of "the queue" is an issue in a health care system where wait times for a wide variety of treatments can frequently total 20 weeks (or more). This is a direct result of the prohibition on parallel private services. Some people die waiting for their medically necessary services, which is why some governments, such as Australia, have attempted to increase access by allowing parallel private insurance. It's also why some Canadians are now suggesting a two-tier system in healthcare.

The prohibitions on market care, after all, are what makes a healthcare system "single-payer." It means there can only be a single payer (the government) for certain services—primarily so that government policymakers can have total control over pricing.

In this respect, though, the Canadian system is "single-payer" only in cases of what is deemed "medically necessary." Everything else becomes a part of a multi-payer system, either public or private.

Things would hardly improve, though, if Canadian coverage were to move in the direction of the Bernie Sanders plan. On the contrary, flexibility would be greatly diminished and consumers would have fewer choices. As the Sanders plan is far more extreme than the Canadian plan in terms of making itself a strictly single-payer system, nearly all medical services under it would be allowed only within the public sector, and private services in nearly every area of care would become either illegal or very rare.

Naturally, the Bernie plan doesn't say this is the outcome of their plan. But it's a likely outcome.